Bullets for sale at 717 Armory in Harrisburg, Pa., on September 3, 2020. Gun store owners say ammo and gun sales have increased since the start of the COVID-19 pandemic.

(Reading) — As civil unrest flares up in some cities, the presidential election nears and the coronavirus pandemic enters its sixth month, more Pennsylvanians are arming themselves.

In the time of simultaneous crises around the nation, gun dealers like Andrew Hensel are experiencing a noticeable uptick in the purchase of firearms. 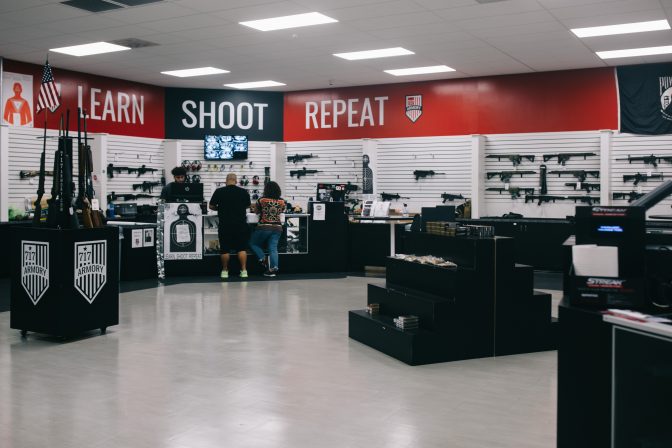 Staff at 717 Armory in Harrisburg, Pa., helps customers Wednesday in the gun shop that has seen an increase in sales since the start of the coronavirus pandemic.

“What we’ve seen is demand is expected to remain exceedingly high until after the first of the year,” said Hensel, owner of Tammy and Andy’s Guns in Northampton, Northampton County. “So why is it happening? People are just just buying everything in sight. I guess there’s a lot of panic going on in the country.”

Gun shops around the state said they have seen increased sales in everything from hunting weapons to personal protection handguns. Ammunition is also hard to come by.

When asked if his store had ammunition in stock, Hensel let out a hardy laugh. He said the shortage is across the board for handgun, hunting and rifle ammunition.

“I’m seeing a tremendous demand for .223, nine millimeters, 5.56 and just about any handgun caliber and it’s relatively unavailable,” Hensel said. “And when [ammunition distributors] are shipping anything at all, they’re shipping small quantities.”

“You can buy it online, but the prices are exorbitantly high,” he said, adding some customers are buying ammo they don’t even necessarily need. 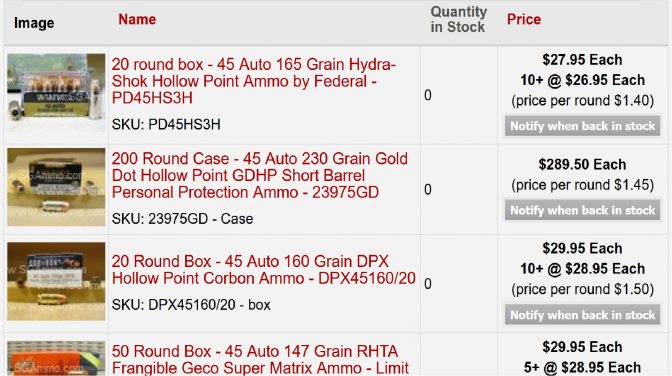 Ammo listings on SGammo.com show .45 caliber ammo out of stock and with increased prices.

Jeffrey Wertz, manager of Zero Ricochet Gun Shop and Simulator Training in Hegins, Schuylkill County, said he has had an influx of first-time gun owners.

“I’ve sold more handguns to new gun owners this year than I ever have,” He said. “I mean, I have husbands and wives coming in and they both want to purchase a handgun. They never owned a gun before in their life and they’re starting. I’m seeing that more and more frequently.”

He said he doesn’t ask customers about their motivations for arming themselves and did not want to speculate on what’s led to the increase in sales. He simply cited people’s need to feel secure.

“Not just handguns. Long guns as well,” he said. “I think it has a lot to do with people are nervous about the way things are and they are purchasing a handgun for self-protection.” 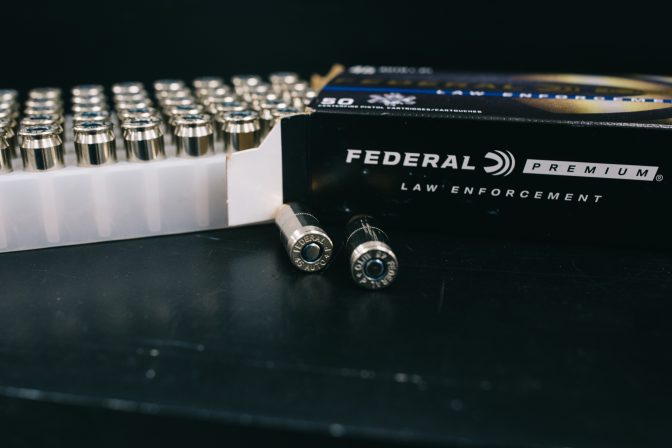 A background check is required in Pennsylvania every time somebody sells or transfers a handgun. Background checks for long guns such as rifles and shotguns are required if purchased through a dealer, but not between two private citizens, according to State Police.

The checks are conducted through the Pennsylvania Instant Check System and there has been an increase of nearly 100,000 from last year, according to the State Police’s most recent quarterly report.

State Police spokesman Ryan Tarkowski said it is common for gun sales to increase ahead of a presidential election. 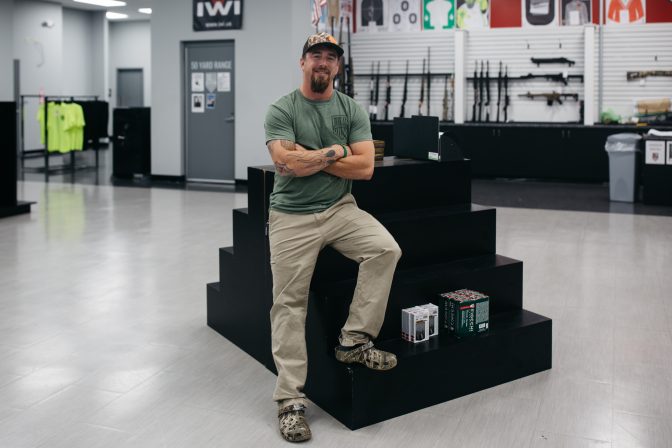 Patrick Connaghan, owner at 717 Armory in Harrisburg, Pa., leans on a nearly empty shelf of ammunition. He said that ammunition and gun sales started surging on March 18, 2020, right after Gov. Tom Wolf declared a state of emergency.