Schools and parents make a joint decision as to when a student can repeat, but the legislation gives that sole decision-making power to the parents. 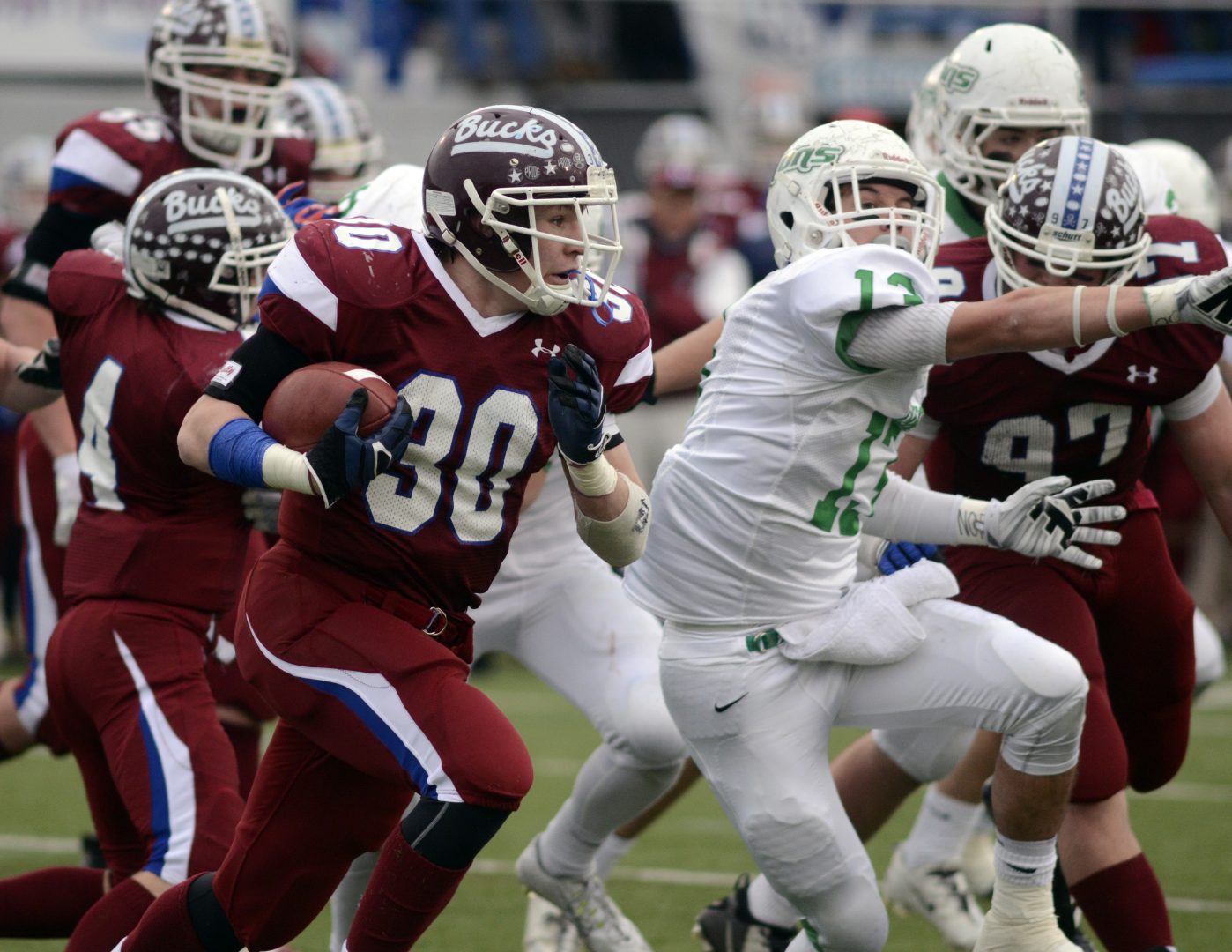 (Harrisburg) — Republican state lawmakers in Pennsylvania say they want to give parents more power to let their children repeat a year of schooling if they feel their child didn’t get the education they needed or missed out on a year of athletics amid shutdowns during the pandemic.

Currently, schools and parents make a joint decision as to when a student can repeat, Topper said. But Topper said his legislation gives that sole decision-making power to the parents.

So, for instance, a parent whose high schooler misses a season of football, baseball, basketball, soccer, field hockey or some other sport — and a chance to make their case for a college scholarship — can have them repeat a year, Topper said. 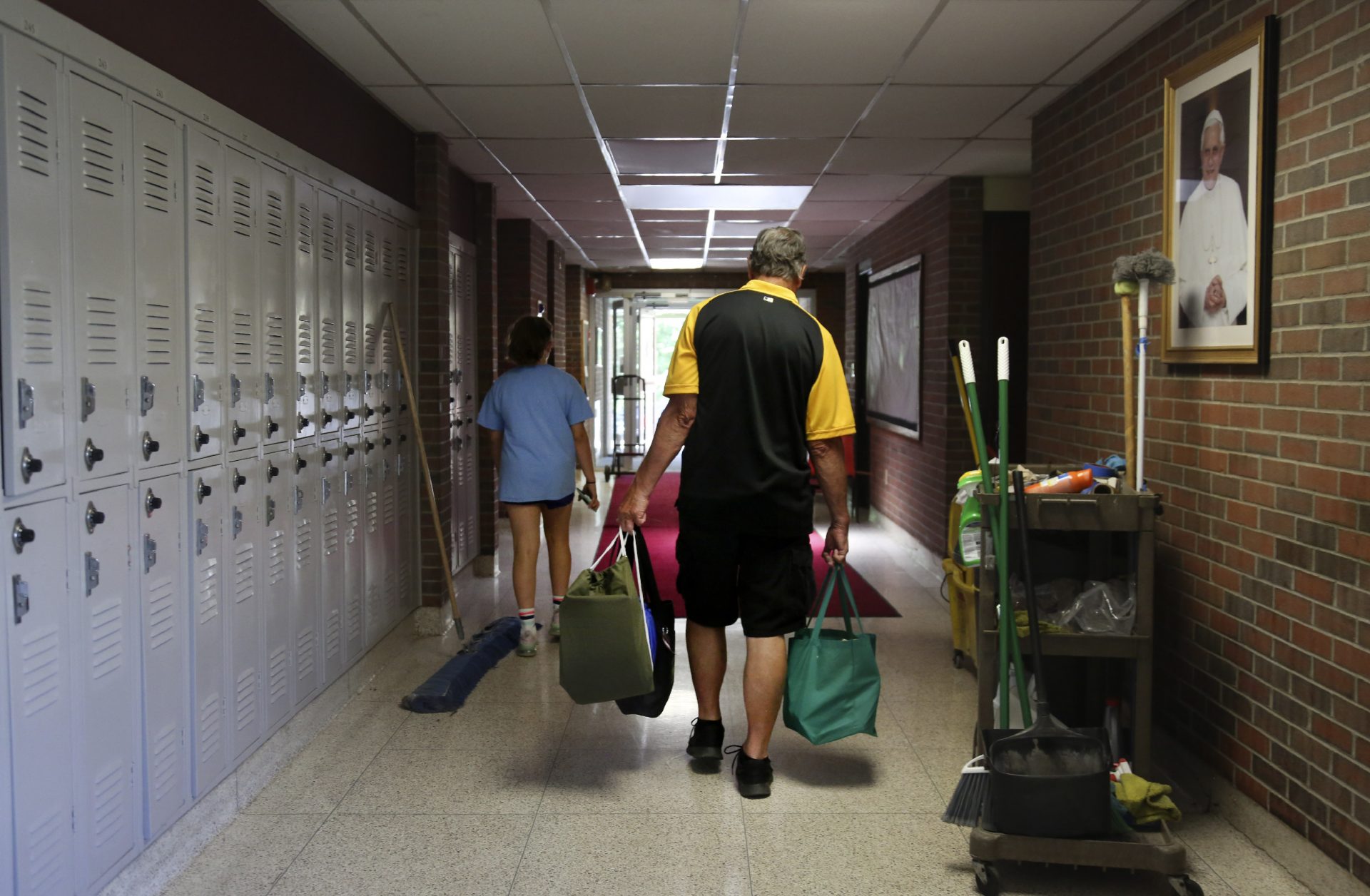 Cesa Pusateri, 12, and her grandfather, Timothy Waxenfelter, principal of Quigley Catholic High School, leave with his collection of speech and debate books after the recent closure of the school in Baden, Pa., Monday, June 8, 2020. According to the National Catholic Educational Association, at least 100 schools have announced in recent weeks that they won’t reopen this fall. (AP Photo/Jessie Wardarski)

Also, a parent whose elementary school student fell behind during the months after school buildings shut down in March and isn’t ready to move to the next grade can also choose to have their child repeat the grade, Topper said.

“We have to get this right,” Topper said in an interview. “We’re talking about kids that are going to be a year behind academically.”

Gov. Tom Wolf ordered schools to shut their buildings as the pandemic hit Pennsylvania in March.

Companion legislation being introduced by Rep. Mike Reese, R-Westmoreland, would give school districts the power to decide whether fall sports and activities can go on, including whether spectators are permitted.

It would take that decision-making authority away from the state or the Pennsylvania Interscholastic Athletic Association.

Wolf on Thursday recommended that youth sports, including school athletics, not resume until January in an effort to prevent gatherings that would spread the virus.

Wolf, however, did not order a halt to youth sports, and the PIAA on Friday postponed mandatory fall sports activities for two weeks just before they were to start.

Wolf’s administration also has ordered that sporting events at all levels be held without spectators, unless it approves a team’s plan.

In other coronavirus-related developments Monday:

Pennsylvania reported more than 600 new cases of COVID-19 and three new deaths on Monday. That brings the state’s total to nearly 120,000 Pennsylvanians infected and more than 7,300 dead.

After a July spike, the percentage of virus tests coming back positive over seven days has dropped from 6% in late July to just over 5% now, according to the COVID Tracking Project. It hit a low of 3.3% in June.

The state saw a seven-day average of 756 new cases per day, down from almost 975 per day over seven days in late July.

Meanwhile, the number of deaths has remained stable, at about 15 per day over the past week, after a four-month downward trend that sank to weekly averages of around 12 in late July and early August, according to the COVID Tracking Project.

Pennsylvania’s death count is the eighth highest in the country overall and the 14th highest per capita at about 57 deaths per 100,000 people, according to researchers from Johns Hopkins.