The Louisiana Monument raises up near the rebel encampment on Seminary Ridge on the Gettysburg battlefield, July 1, 2013, the 150th anniversary of the first day of the historic 1863 battle. Mark Pynes | mpynes@pennlive.com

National Park Service: Confederate monuments at Gettysburg an ‘important part of the cultural landscape,’ will not be removed

The statement describes the Confederate monuments as representing an “important, if controversial, chapter in our nation’s history.” 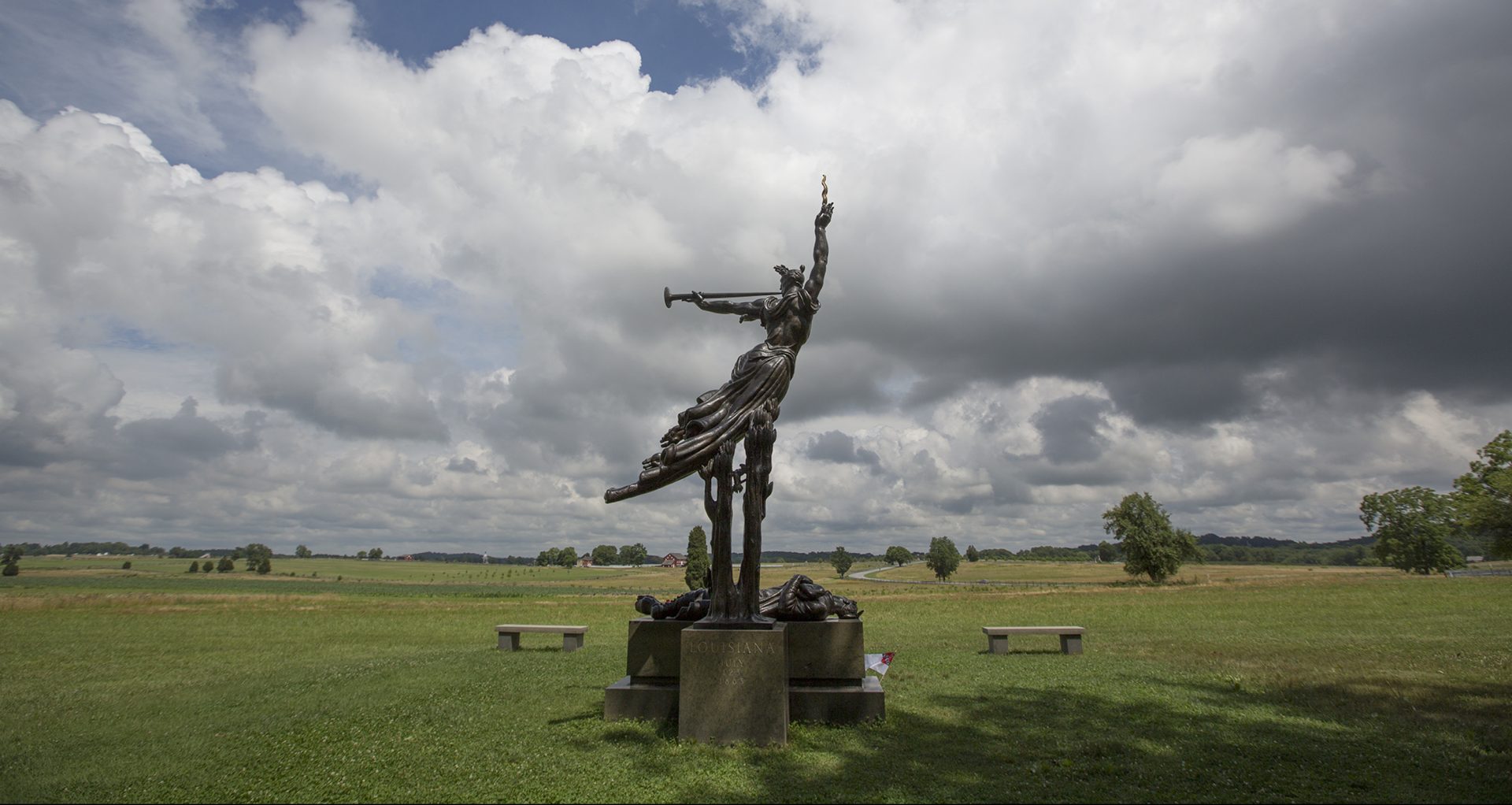 The Louisiana Monument raises up near the rebel encampment on Seminary Ridge on the Gettysburg battlefield, July 1, 2013, the 150th anniversary of the first day of the historic 1863 battle. Mark Pynes | mpynes@pennlive.com

The National Park Service released a statement Friday saying the agency will not alter, relocate, obscure or remove any monuments at Gettysburg National Military Park, even “when they are deemed inaccurate or incompatible with prevailing present-day values.”

The statement, released onto the park’s website, describes the Confederate monuments at Gettysburg as representing an “important, if controversial, chapter in our nation’s history.”

It also explains that some monuments within the park cannot be removed because they were specifically authorized by Congress or might predate the park itself, making them a protected park resource. In either situation, legislation could be necessary for the NPS to remove a monument, as the agency must comply with laws such as the National Historic Preservation Act and the National Environmental Policy Act, the statement said. Additionally, some monuments have existed in the park long enough to be considered historic features.

“A key aspect of their historical interest is that they reflect the knowledge, attitudes, and tastes of the people who designed and placed them,” the statement said.

The NPS maintains and interprets monuments, markers, and plaques that commemorate and memorialize those who fought during the Civil War. It is committed to preserving these memorials while simultaneously educating visitors holistically about the actions, motivations, and causes of the soldiers and states they commemorate, the statement said.

The Director of the NPS may make an exception to the NPS policy of non-removal.