A health notice is posted on a glass door at the Wells Fargo Center, home of the Philadelphia Flyers NHL hockey team and the Philadelphia 76ers NBA basketball team, Saturday, March 14, 2020, in Philadelphia. All games at the Center have been postponed due to the COVID-19 pandemic.

Your daily coronavirus update: Pennsylvania working to pave the return of sporting events

Pennsylvania is working on guidelines to allow sporting events, exhibitions and leagues, both professional and amateur, to get back to “some semblance of normalcy” after practically everything shut down to help stem the spread of the coronavirus, Gov. Tom Wolf said Wednesday.

In a conference call with reporters, Wolf said he has been in touch with major professional organizations including NASCAR, the NFL, NHL, Major League Baseball and others to figure out how they can resume.

He said he expected that his administration will, in the coming days, produce guidelines for the various venues, sports and activities to resume. But, he said, the ultimate success of the events and leagues will rest on whether people feel safe to attend and participate.

“In the end, the ultimate arbiter of our fate here when it comes to sporting events are going to be individuals who want to participate, individuals who want to be part of sports, whether its amateur or professional,” Wolf said. “And we’ve got to make sure that we give them the confidence to then go to these sporting events and feel safe, that they’re not taking their lives or health into their hands.”

In other coronavirus-related developments in Pennsylvania on Wednesday:

After a delay in reporting related to technical issues with the statewide surveillance data system, the state Department of Health tonight reported 746 additional positive cases of COVID-19, bringing the statewide total to 64,412.

The department also reported a total of 4,767 deaths attributed to COVID-19, an increase of 143 new deaths.

Gov. Tom Wolf said that his administration’s new goal to test every resident and employee for the coronavirus in long-term care facilities is June 1, a week after the target date strongly recommended by the White House to governors.

A state Health Department spokesperson acknowledged the goal is ambitious, since that likely involves testing more than 135,000 residents and employees in nursing homes, assisted living facilities and personal care homes.

The Wolf administration has been under pressure to release a plan to test every resident and employee in the facilities since they have been hard hit, accounting for roughly two-thirds of Pennsylvania’s more than 4,600 reported coronavirus-related deaths. 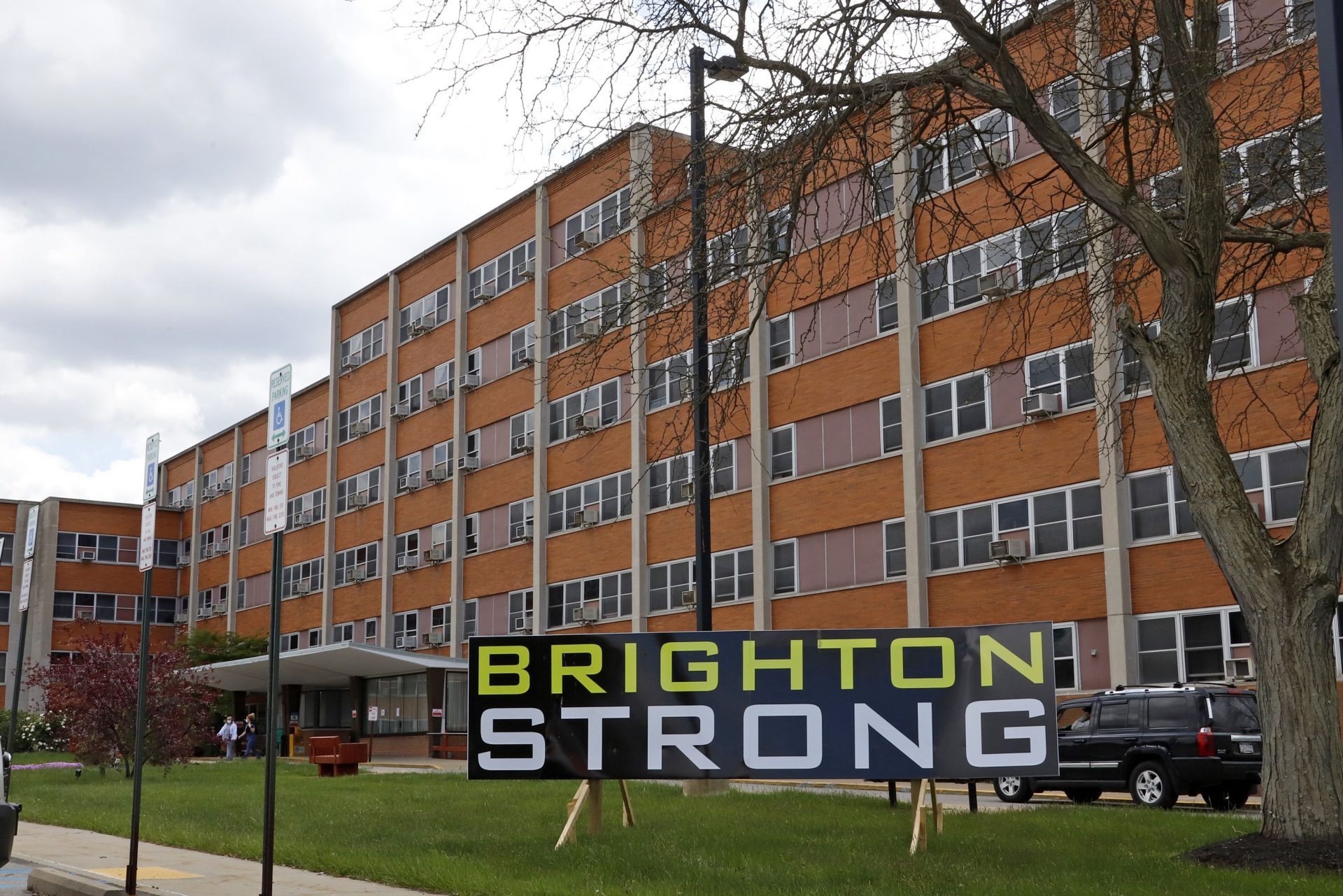 The Brighton Rehabilitation and Wellness Center in Beaver County is the site of one of the state’s worst outbreaks.

It is also a break from last week’s guidance. That guidance encouraged facilities where the coronavirus is already present to test all residents and staff, whether or not they have symptoms of the disease, and recommending that facilities without any known infections to test 20% of residents and employees weekly.

However, Zach Shamberg, president and CEO of the Pennsylvania Health Care Association, among others, criticized that plan as inadequate and short of what other states were pursuing.

Still, Adam Marles, president and CEO of another nursing home group, LeadingAge PA, said the homes don’t have access to an adequate supply of tests or funding to pay for them.

That number, she said, is “off the charts” and beyond most expectations. Applications are pouring in ahead of next Tuesday’s deadline to apply, as counties make plans to dramatically reduce the number of physical polling place locations because of the coronavirus. 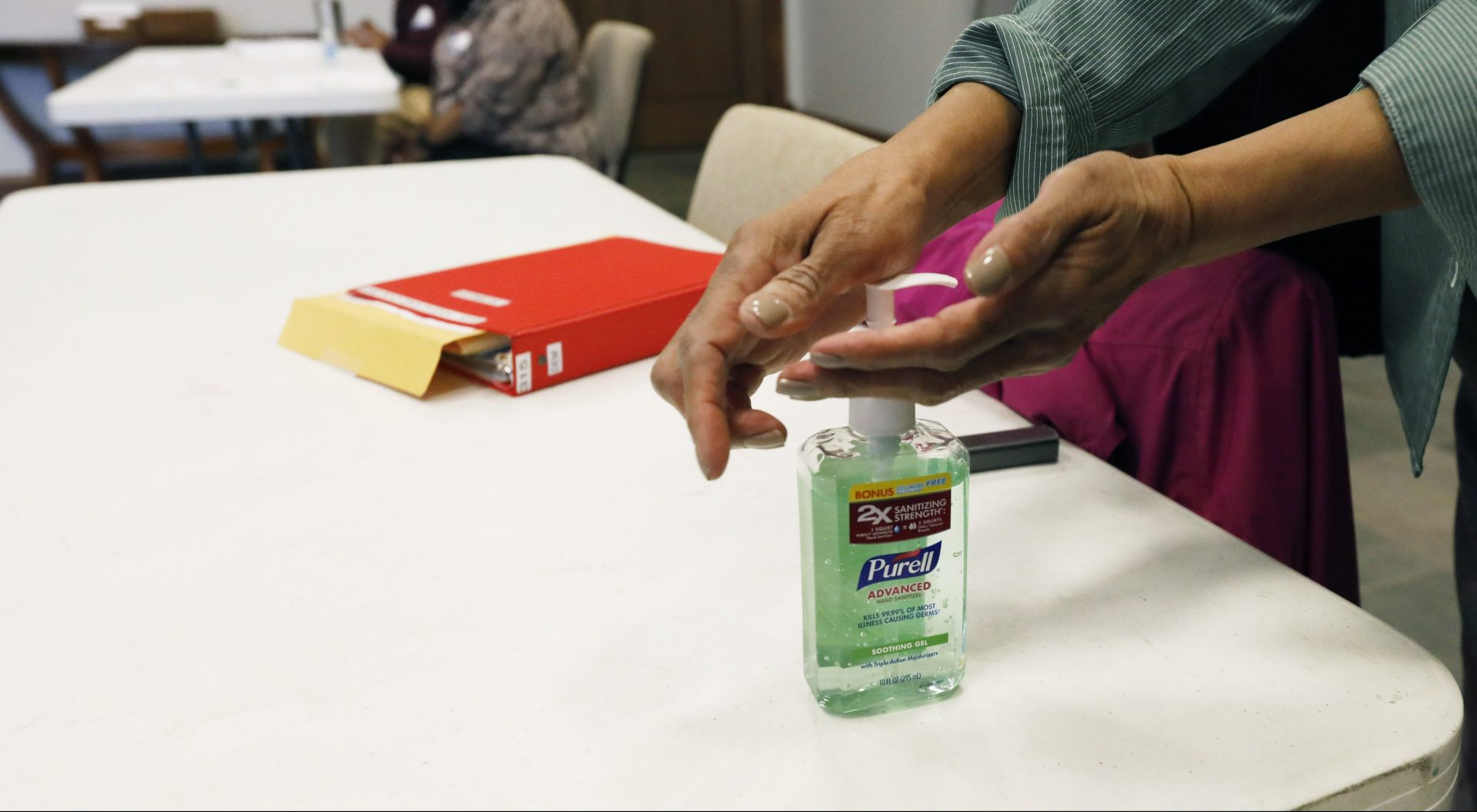 A voter takes advantage of the hand sanitizer to “clean up” after voting in the presidential party primary in Ridgeland, Miss., Tuesday, March 10, 2020. Pennsylvania counties are making plans to accommodate social distancing and other safety measures at polling locations for the June 2 primary.

In a conference call on election issues organized by U.S. Sen. Bob Casey’s office, Boockvar said she does not expect to see lines at polling places in most locations, given the number of mail-in and absentee ballots requested and considering Gov. Tom Wolf’s restrictions that might be in place in some parts of Pennsylvania.

Some counties have already received more mail-in ballot applications than the entire vote total that they were expecting in the June 2 primary election, Boockvar said.

More than 3.2 million people cast ballots in the 2016 presidential primary election. However, this time around, the presidential nominations are uncontested.

Still, Boockvar conceded that the volume of mailed-in ballots will make it impossible to produce a result in close races on election night.

It will depend on how many ballots are actually submitted, she said. Some counties have received about 50% of the ballots for which voters applied, and those numbers vary tremendously across the state, she said.

To help with counting a surge of mailed-in ballots, a new state law moved up the time that counties can start preparing the mailed-in ballots to be counted, to 7 a.m. on election day, although the ballots can’t actually be counted until polls close.

“I don’t think it’s going to to be sufficient for many counties,” Boockvar said. “So … some of the races that are not close we will get results quickly, but if there are close races, it may take a couple of days.”