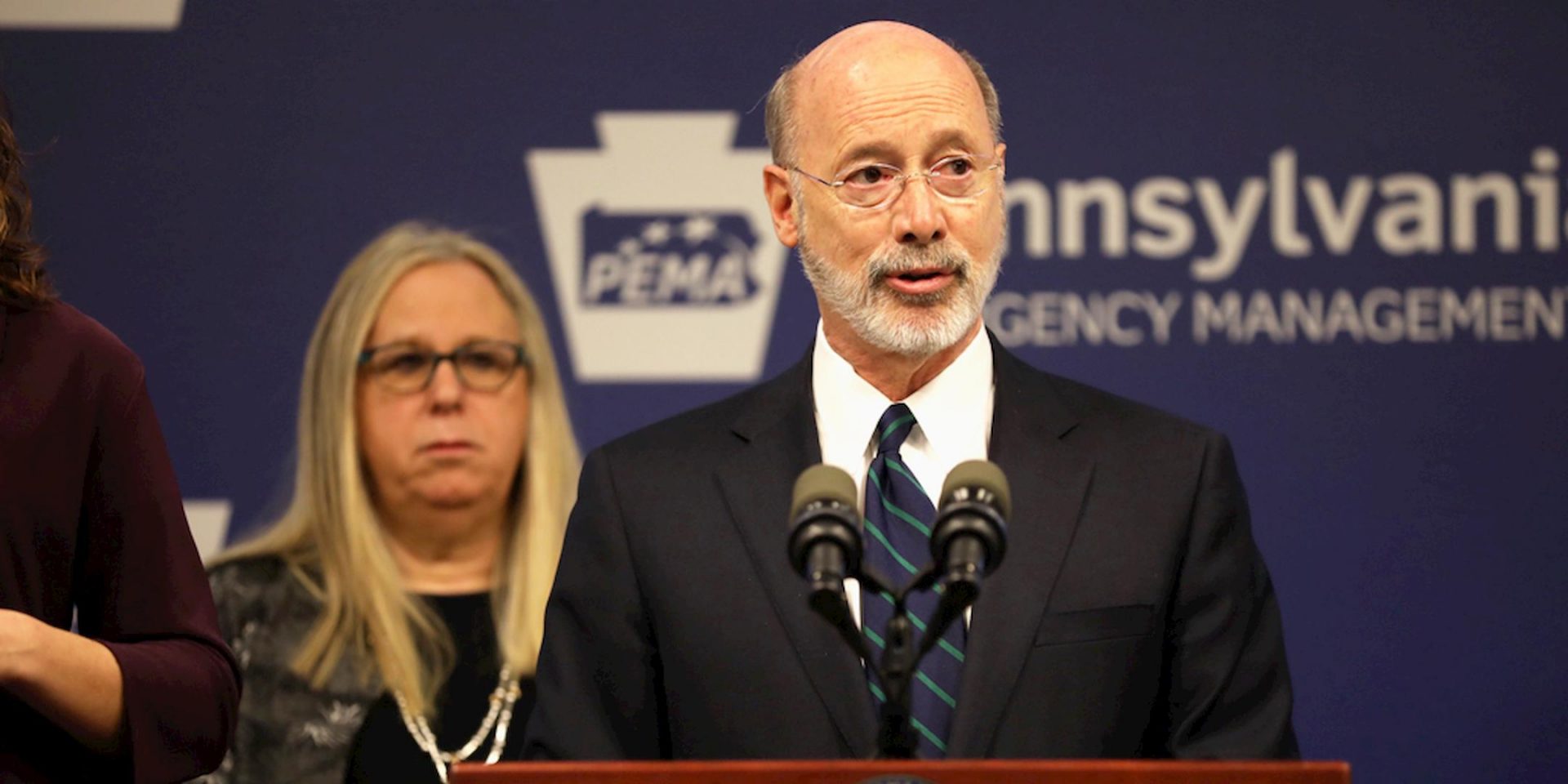 Gov. Tom Wolf says the north-central and northwestern regions of Pennsylvania are being targeted as the first areas that could see coronavirus restrictions eased.

Wolf made the announcement during a news conference Wednesday evening. He said the state will follow red, yellow and green phases as it lifts restrictions on business operations, with significant easing of restrictions coming no sooner than May 8.

“Ultimately, the virus is going to set the timeline, not us,” Wolf said. Wolf noted that the entire state is currently under the “red” category, with most businesses closed and individuals encouraged to remain at home at all times except to run essential errands or exercise, as well as work in one of the industries considered life-sustaining

For a region to move to the “yellow” condition, Wolf outlined specific metrics that must be attained. One specific measure: A region must report an average of fewer than 50 cases per 100,000 individuals over the course of 14 days.

Businesses would still be encouraged to allow workers to telecommute, and restaurants would be limited to delivery, takeout and curbside service. Schools would remain closed, but child care centers could reopen as long as they follow health protocols.

The “green” phase, Wolf said, would lift nearly all restrictions on businesses and individuals, but would still require Pennsylvanians to follow CDC and Department of Health guidelines on hygiene, such as wearing masks.

On March 19, Wolf ordered more than 100 types of business to shut down their physical locations, and on April 1, he expanded a stay-at-home order to cover the entire state. He recently extended that order to last until May 8.

During Wednesday’s press conference, Wolf also said he moved up the timeline for allowing construction to resume statewide. Now, it can resume May 1 statewide, one week sooner than previously announced.

Wolf named Tioga and McKean counties as two of the ones he was looking to move to the “yellow” condition. Wolf said he hadn’t determined yet whether barbers and hairdressers would be able to open in those “yellow” counties.

In a statement, House Republican leaders said they were pleased that Wolf “pulled back the curtain and provided direct and measurable guidelines his administration will follow to allow Pennsylvanians to safely return to work and provide for their families.”