President Donald Trump walks past Dr. Anthony Fauci, right, director of the National Institute of Allergy and Infectious Diseases, as he and Vice President Mike Pence arrive to speak at a coronavirus task force briefing at the White House, Saturday, April 4, 2020, in Washington.

Trump warns ‘one of the toughest weeks’ is ahead, says to brace for ‘a lot of death’

At least 7,100 Americans have already died in the outbreak. 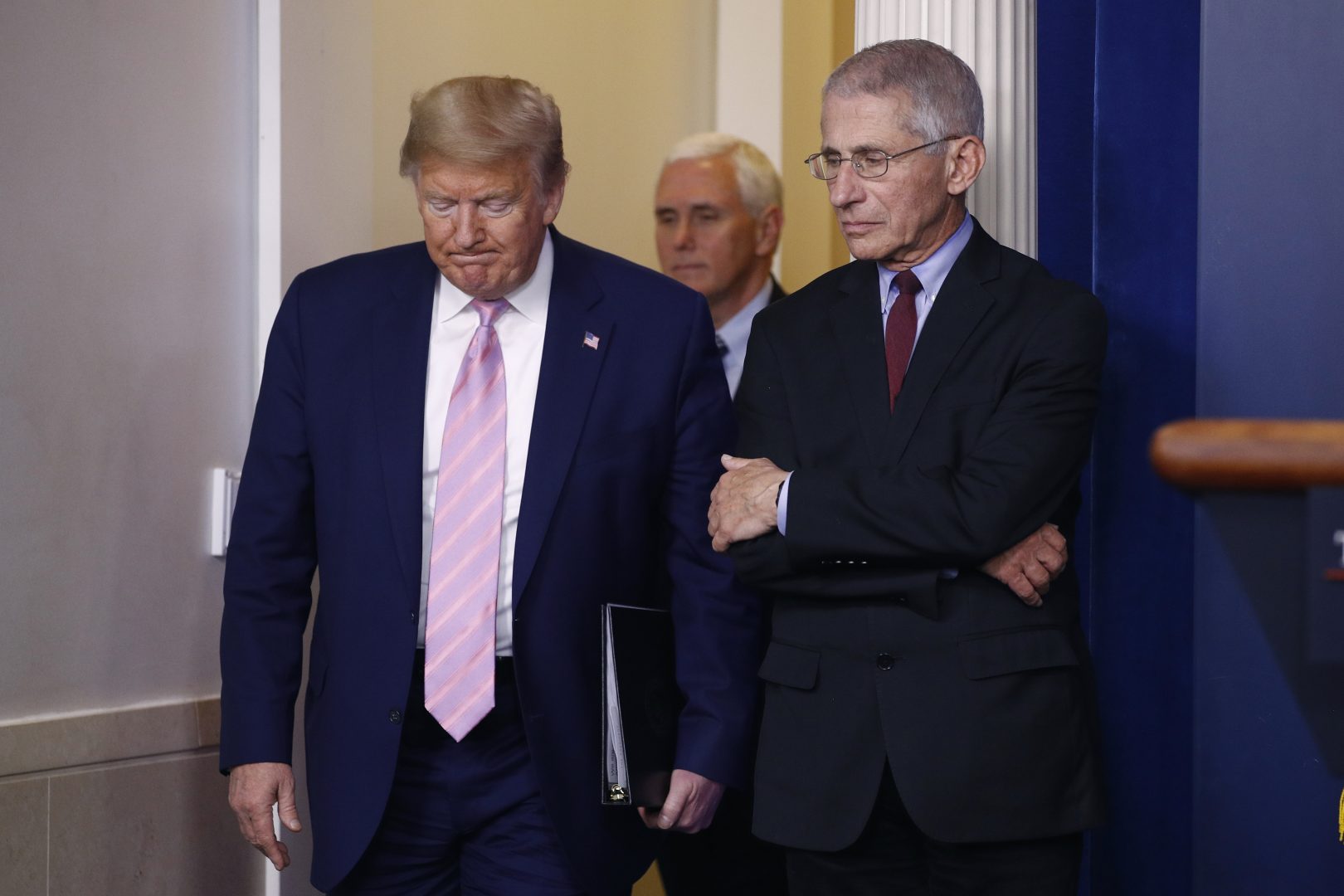 President Donald Trump walks past Dr. Anthony Fauci, right, director of the National Institute of Allergy and Infectious Diseases, as he and Vice President Mike Pence arrive to speak at a coronavirus task force briefing at the White House, Saturday, April 4, 2020, in Washington.

(Washington) — In a grim assessment of the COVID-19 pandemic, President Trump on Saturday predicted that the coming week would be “one of the toughest weeks” of the outbreak. At the same time, the president expressed frustration with the toll social distancing measures are taking on the economy, saying “we cannot let this continue.”

With data projecting cases in several regions hitting their peaks within seven days, the president told reporters that the United States could see its deadliest week since the coronavirus outbreak began.

At least 7,100 Americans have already died in the outbreak. Nationwide, more than 278,000 cases have been confirmed, more than any other country.

Asked when the worst day of the outbreak will be, Dr. Deborah Birx, the White House coronavirus response coordinator, talked about the three hotspots being watched most closely: Detroit, Louisiana and New York. She said each are on the upside of their curve of mortality, and that officials anticipate them hitting their peaks in the next six to seven days.

The president said that the U.S. military would be sending 1,000 personnel — doctors, nurses, respiratory experts and others — to New York, the current epicenter of the U.S. outbreak. He also touted efforts to assist in building makeshift hospitals there. 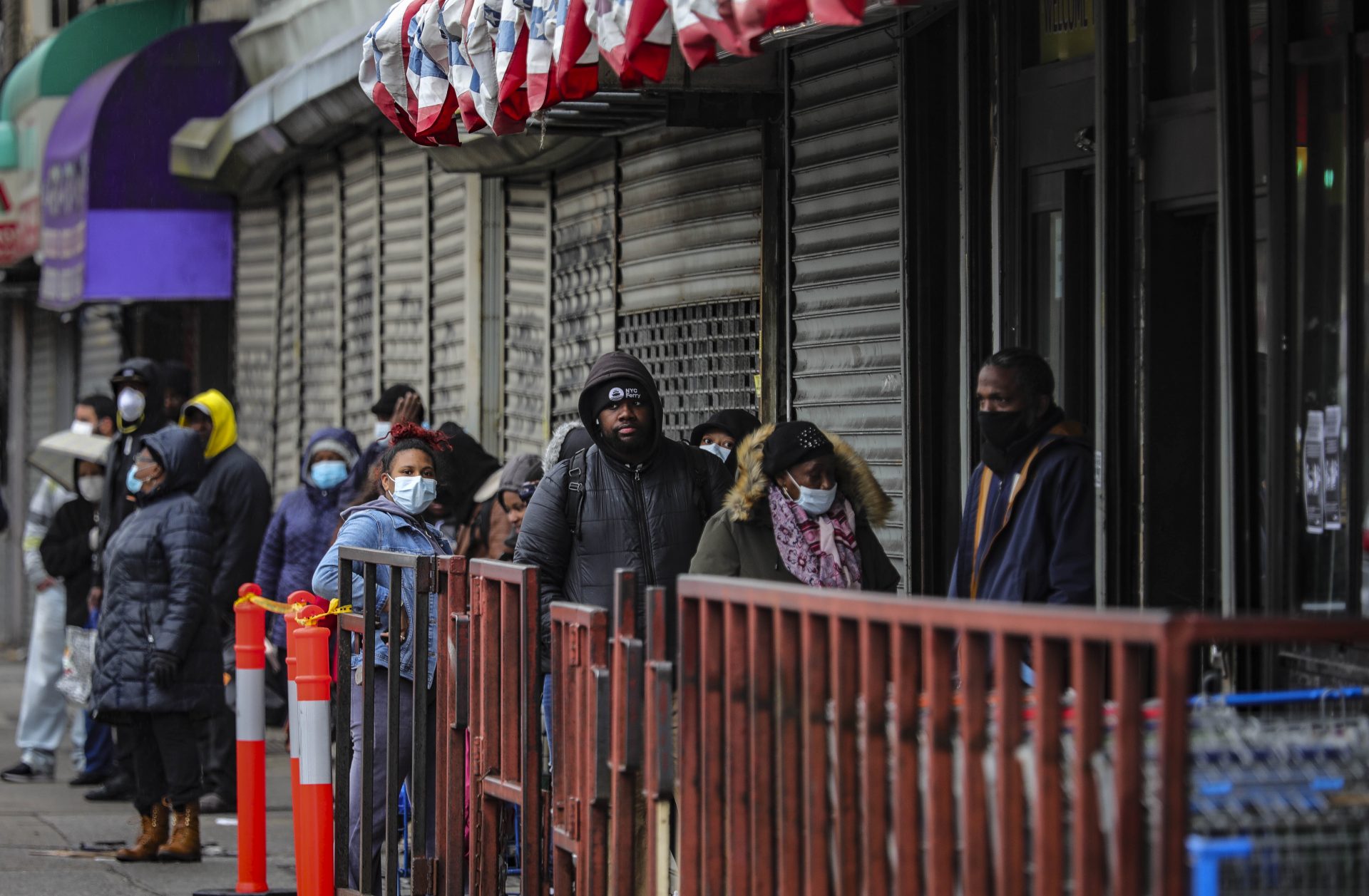 Customers in masks line up outside a grocery store on Flatbush Avenue, waiting to enter after other shoppers have left, because of social distancing efforts during the coronavirus outbreak, Friday April 3, 2020, in New York.

But Trump soon pivoted to an argument he has made repeatedly, saying “the cure could not be worse than the virus” and that the country should re-open soon. He resisted calls for a nationwide lockdown and expressed his disappointment that he’d be watching Easter services from a laptop.

“At a certain point,” the president said, “some hard decisions are going to have to be made” regarding social distancing guidelines currently in place for most of the country.

The president’s remarks stood in contrast to task force member Dr. Anthony Fauci, the director of the National Institute of Allergy and Infectious Diseases, who emphasized the importance of social distancing in mitigating the spread of the virus.

“Let’s take this to the bank, that mitigation works,” Fauci told reporters.

“The next two weeks are extraordinarily important,” said Birx. “This is the moment to not be going to the grocery store, not going to the pharmacy, but doing everything you can to keep your family and your friends safe and that means everybody doing the six-feet distancing, washing their hands.”

The mounting number of cases prompted the president to once again promote the use of hydroxychloroquine, a drug used to treat lupus and prevent malaria that is being tested as a possible coronavirus treatment. 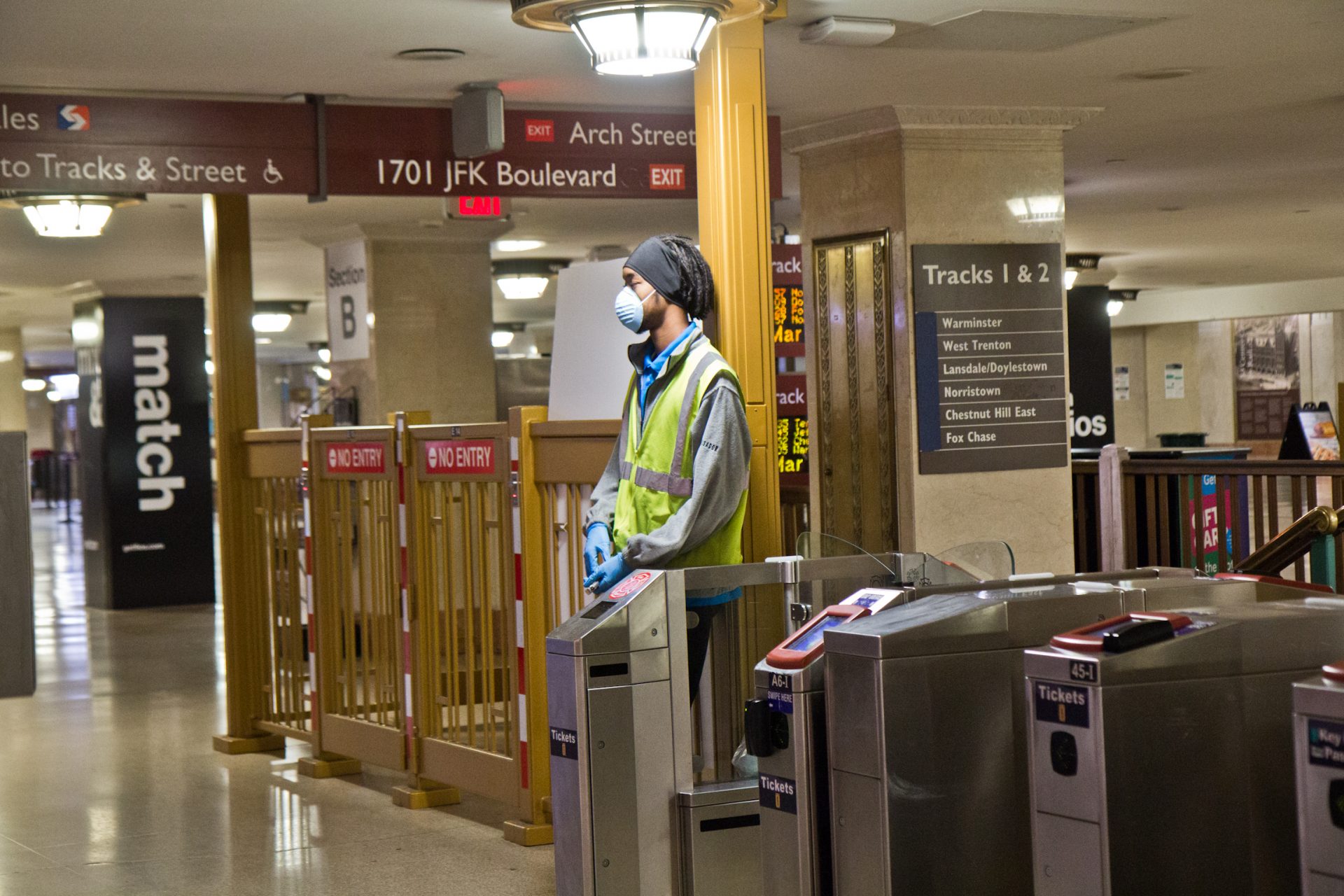 The president has been criticized for overstating the effectiveness of the drug, which remains in early testing as a treatment for the coronavirus. There remains no solid evidence that the drug is an effective COVID-19 treatment, and medical experts warn that using it for that purpose could exhaust supplies for those who need it.

Trump also took aim at governors over their requests for medical equipment — most notably, ventilators. Without mentioning specific names, he accused governors of playing politics and said fear of a shortage was causing states to “inflate” requests.

“If a state has ventilators that they know they’re not going to need, they should give them over and we should move them with the others,” Trump said during the briefing.

Saturday’s briefing followed the announcement on Friday that the administration plans to reimburse hospitals for treating uninsured patients infected with the coronavirus. That had been a key question throughout the week, as concerns over how people who have neither private insurance nor qualify for Medicaid will pay for treatment or testing.

Treasury Secretary Steven Mnuchin vowed to get direct payments to Americans within two weeks, one week ahead of the initial timeline. But concerns abound over whether that will be possible, with a memo drafted by House Democrats suggesting it may take as long as 20 weeks for some to get payments.

On Friday evening, the White House announced Trump nominated Brian Miller to serve as the overseer of the multi-trillion-dollar federal spending associated with the coronavirus response effort. House Democrats had called for more oversight of the package.

These economic measures come as the Centers for Disease Control and Prevention announced new recommendations Friday for personal protection against the contagion.

The CDC suggests people wear cloth or fabric face coverings when in public to help prevent spreading of the virus, particularly by asymptomatic people. The guidelines aren’t particularly detailed, and Trump has emphasized that this is a voluntary measure. He said he doesn’t expect to wear a face mask himself.