"This is a unique situation. We're going to have to be careful health-wise." 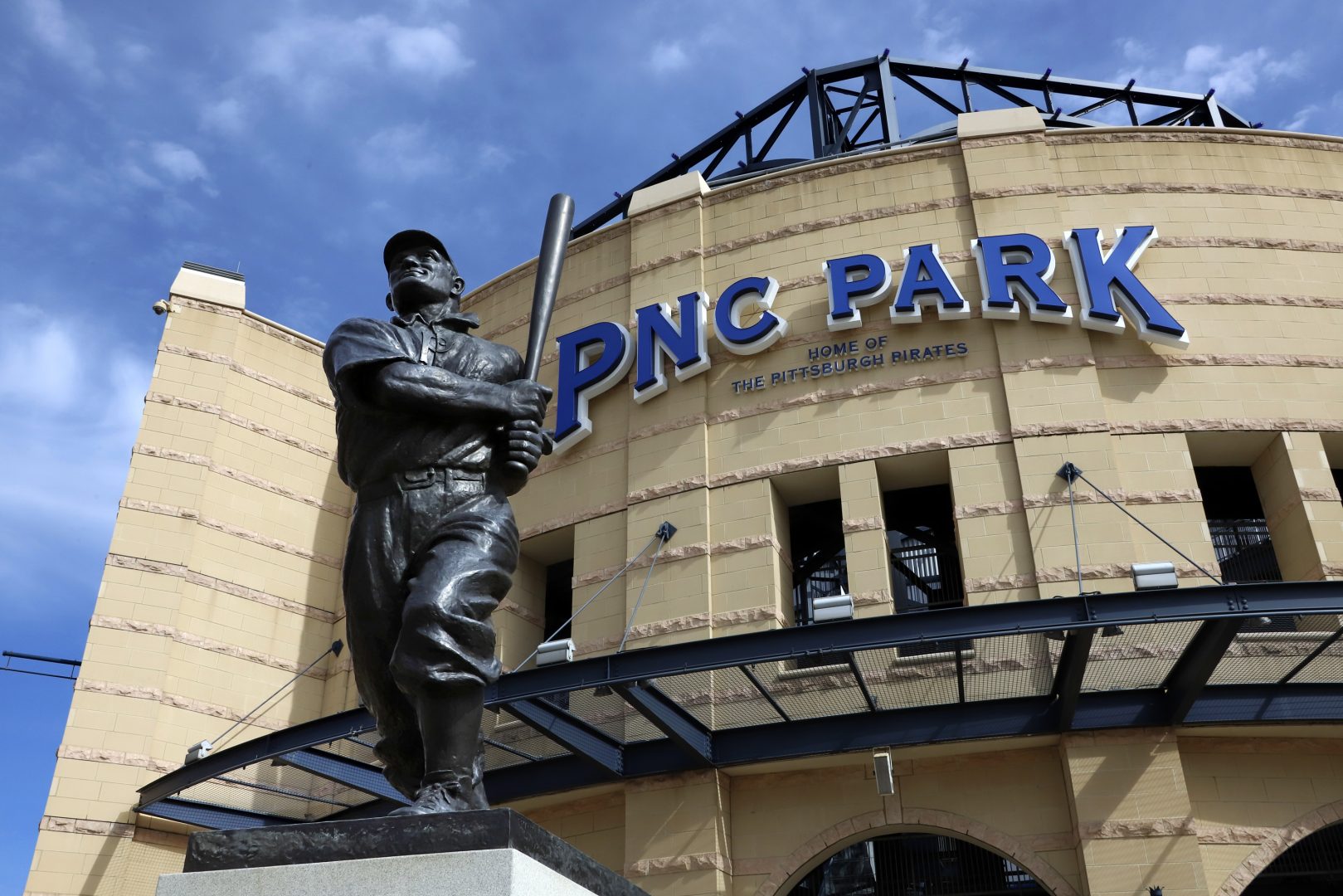 (Washington) — As Major League Baseball and the players’ union contemplate various ways to create a schedule for whenever the coronavirus pandemic subsides, Cincinnati Reds catcher Tucker Barnhart raised a concern that is surely shared by others around the sport: Could trying to cram in games, and maybe extend the season into late November or December, lead to injuries?

“The player safety piece is a big thing,” Barnhart, a union representative, said Monday on a conference call with reporters.

That involves how many off-days are salvaged in 2020, how many times teams are told to play in any given week and how 2021 could be affected if there is a shorter-than-usual offseason.

“Moving forward, I don’t think you can do things that are going to compromise the integrity of next season, as well. What I mean by that is forcing the issue of getting so many games in that you risk injury, and you risk major injury to players, because you are trying to get in as many games as you can,” Barnhart said.

“This is all assumptions and thoughts from me specifically — it’s not from the union — but you’re going to have to protect us as players,” he continued. “And if you can’t do that, I think that would be where I personally would kind of draw the line.” 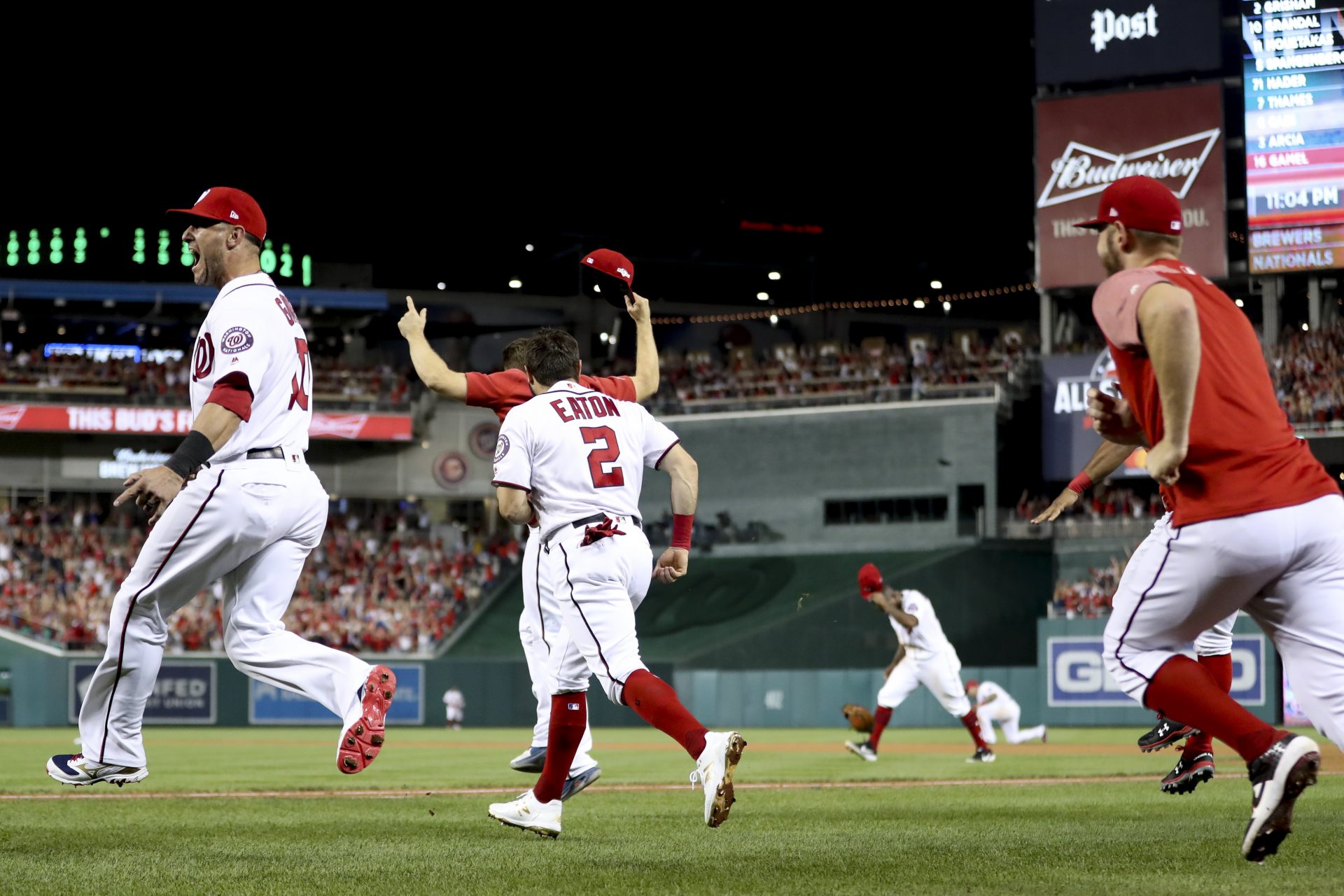 The Washington Nationals clear the dugout as they defeat the Milwaukee Brewers 4-3 in a National League wild-card baseball game at Nationals Park, Tuesday, Oct. 1, 2019, in Washington.

That’s also top of mind for Pittsburgh Pirates pitcher Jameson Taillon, who already has been ruled out for 2020 while recovering from a second reconstructive surgery on his right elbow. He’s brought up the idea of trying to return if the season goes into November, but said that’s been “shut down pretty quickly.”

Speaking more generally about the effect an altered season could have on guys around the majors, Taillon said: “This is a unique situation. We’re going to have to be careful health-wise.”

No one knows when baseball and other suspended sports will resume, because no one knows when life might return to normal in the aftermath of the COVID-19 outbreak. Three-quarters of a million people around the world have become infected and over 35,000 have died, according to a running count kept by Johns Hopkins University, counts that include more than 140,000 infections and more than 2,500 deaths in the U.S.

Spring training was halted on March 12; opening day was supposed to be last week and won’t happen any earlier than mid-May.

“At this point, it’s hard to say what can or should be done. MLB is exhausting all of their brainpower and manpower, along with the 30 clubs, to come up with some ideas and what’s the best way to play a regular season in as many games as possible and get to a playoff scenario,” said Washington Nationals general manager Mike Rizzo, whose team has turned over the grounds of its spring facility to public testing for the coronavirus. 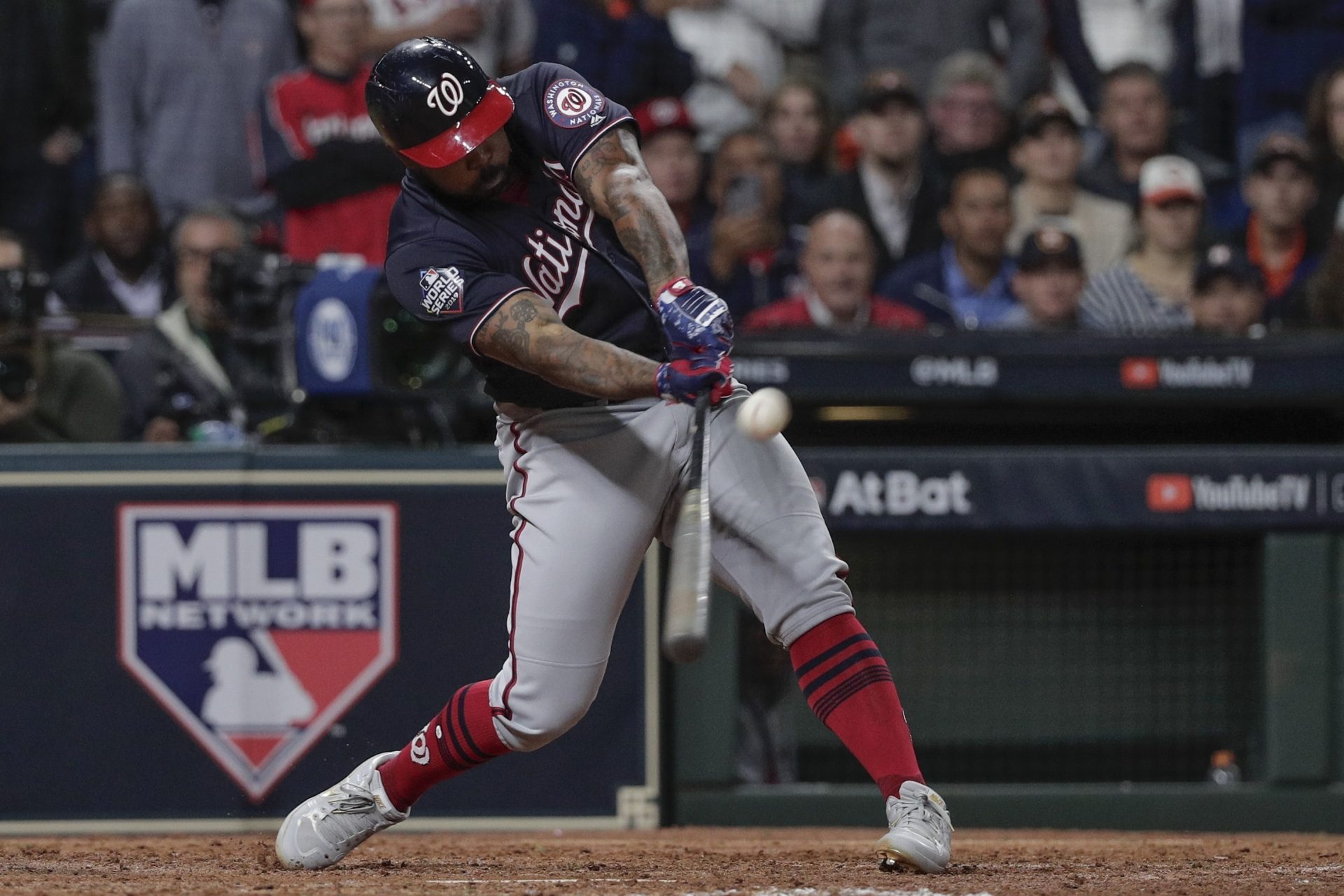 Washington Nationals’ Howie Kendrick hits a two-run home run during the seventh inning of Game 7 of the baseball World Series against the Houston Astros Wednesday, Oct. 30, 2019, in Houston.

“As the commissioner said, we’re going to need to get creative,” Rizzo added. “But beyond that, we’re just speculating on all of these things.”

MLB and its players are hoping to complete initial discussions on scheduling by April 10, and among the proposals under consideration: pushing back the end of the season, even if it involves using neutral sites and domes to avoid colder weather in many cities; increasing doubleheaders to get more games in per week than usual; playing games without spectators; changing the postseason format.

“We’ve been told,” said Taillon, a union rep, “there’s no such thing as a bad idea right now. ”

Texas Rangers shortstop Elvis Andrus, also a union rep, described a recent call about scheduling options with other players this way: “We were basically talking about potential scenarios and how crazy this season will be, how challenging it will be.”

Barnhart, for one, is realistic about what is going to drive the ultimate decisions about what a season might look like.

“It goes without saying that, as players, we want to play as many games (as possible), not only because we love playing, but also we want to make as much money as possible. That’s the God’s honest truth about it,” he said. “And the same goes with ownership and all of that. So everybody wants to make money.”