Coronavirus response: What happens if businesses don’t comply with the governor’s orders?

Wolf: 'We’re not sending out the state police or the National Guard to enforce this' 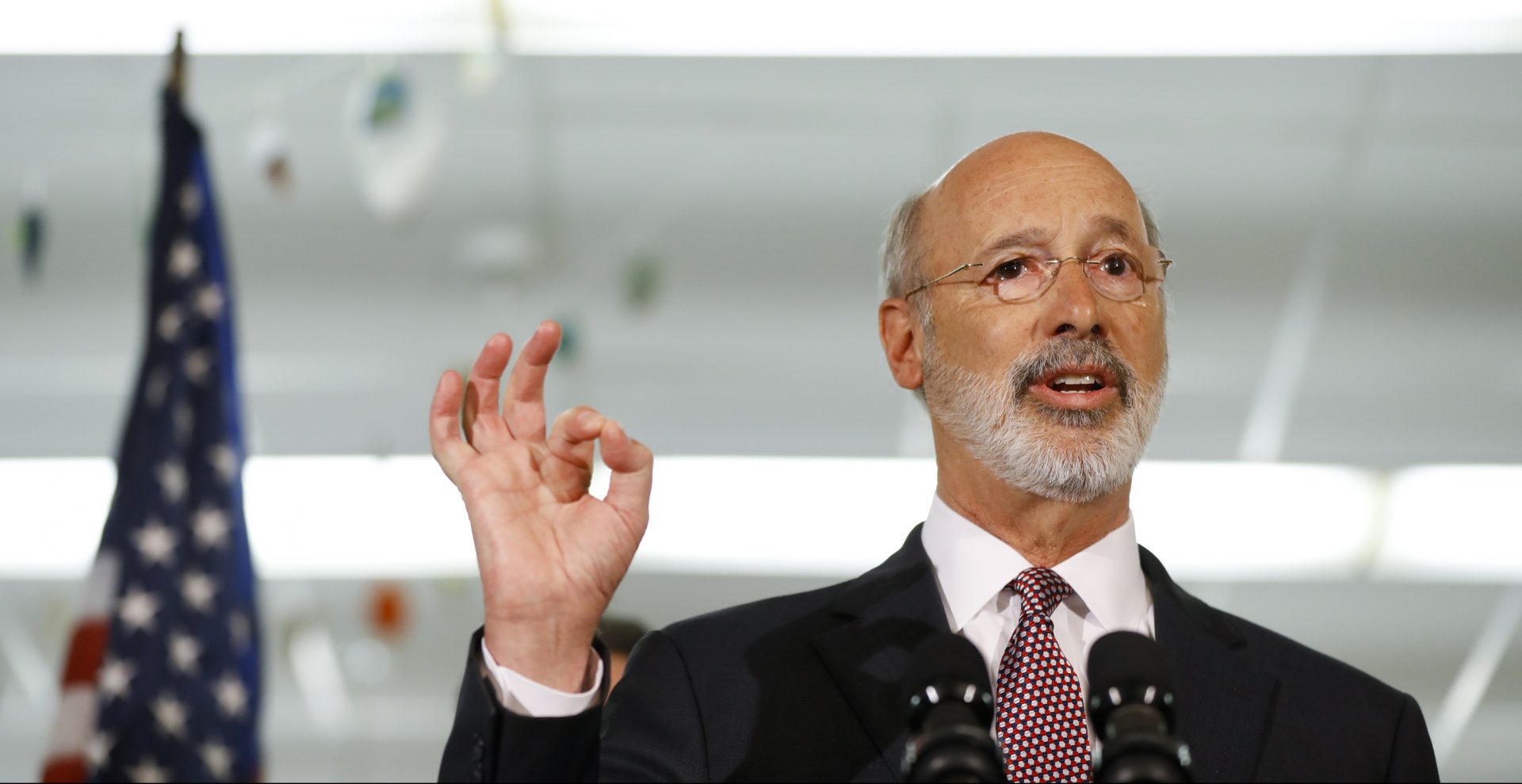 Updated at 6:39 p.m. March 19: Gov. Tom Wolf’s administration on Thursday escalated its response to the virus outbreak, with the governor and Health Secretary ordering the closure of businesses considered “non-life sustaining.” Businesses that fail to close their physical locations could face fines, citations, license suspensions and other penalties

Businesses, organizations and others that don’t comply could forfeit their ability to receive any applicable disaster relief. They could have state loans or grant funding terminated or have licenses revoked.

The news release also noted that the Department of Health also has the power to prosecute entities that fail to comply with health laws, including quarantine, isolation or other disease control measures. “Violators are subject to fines or imprisonment,” the release states.

“Life-sustaining” businesses that can continue to operate include pharmacies, farmers and food producers, and gas stations (see full list). Restaurants are also permitted to remain open for carryout or delivery orders only, and all essential businesses are ordered to take precautions, like social distancing, to protect their employees.

Read: List of which businesses are considered life-sustaining and which aren’t

Gov. Tom Wolf (D) says he’s not going to send in the State Police or National Guard to enforce orders he has issued in an attempt to slow or halt the spread of the coronavirus in Pennsylvania.

But businesses considered non-essential that remain open on Tuesday could face consequences — although what those would be is unclear.

“The administration will work with local law enforcement, permitting entities, and local officials to enforce if needed,” spokesperson Sarah DeSantis said in an email. “The governor does not want to expend valuable resources from the State Police and National Guard because irresponsible people will not do the right thing.”

In a statement early Monday evening, House Republicans criticized Wolf’s announcement, saying he was creating confusion for business owners across the state and that he should clarify what he means.

“We agree this is a time to limit exposure to large groups of people, but if you, or a business owner you know, wishes to remain in business, it is their right to do so,” they said in a news release, sent out by press secretary Mike Straub.

The statement noted that the governor has power over certain businesses, including the power to order restaurants to cease dine-in services.

“This is an enforceable action, as restaurants and bars fall under the purview of the Pennsylvania Liquor Control Board and the Department of Health,” House Republican leaders said.

The issue of enforcement was raised by journalists several times on Monday during Wolf’s news conference. Each time, the governor emphasized voluntary compliance.

When answering a question about plans by dirt race track operators to continue hosting events, Wolf said he was not telling the tracks what to do. “No, I’m not going to force them to cancel. This is something that, again, all of us — 12.8 million Pennsylvanians — are in this together.”

Wolf said he recognizes the challenges that parents have when it comes to child care.

“On the other hand, I think all of us need to be concerned about the children, what they bring home, and also the child care workers,” Wolf said. “So at this point, we’re calling for child care facilities to close, but we’re not calling for the state police or National Guard to enforce this.”

Last Thursday, after Wolf announced mitigation policies for Montgomery County, his administration said child care centers licensed by the state would close. That order has since been applied to other counties most affected by the virus and will be in effect statewide beginning Tuesday.

Where the state lacks regulatory authority over businesses, Wolf continued to stress voluntary compliance. With regard to movie theaters and gyms, he said, “This has to be self-enforced. This is not your government mandating anything. This is your fellow public servants, telling you what the right way to handle this public health crisis is.”

Despite the emphasis on voluntary compliance, the disaster declaration that Wolf signed on March 6 gives him broad powers, including the authority to change or waive many regulations.

The Pennsylvania Department of Transportation plans to close all driver’s license centers at the end of the day Monday. State parks plan to close visitor centers, restrooms, campgrounds and other facilities, but people will still be able to access trails and forests for hiking and similar activities.

Senate Democratic Leader Jay Costa (D-Allegheny) praised the governor’s announcement Monday. He said the different closure requirements might “not be crystal clear for some people.”

“But we can’t help that because this situation is very fluid, not only here in Pennsylvania but across the country,” Costa said. “We see things changing hourly.”

Later on Monday evening, the Wolf administration provided additional guidance for businesses and noted that Wolf “strongly urged non-essential businesses” to close. State Rep. Seth Grove (R-York), who is chairman of the House Government Oversight Committee, said the administration was walking back the governor’s prior statements about non-essential businesses closing. “It was in fact a recommendation as the Governor does not have the general authority to close private businesses,” Grove wrote.

What is a non-essential business?

The Department of Community and Economic Development provided this list over the weekend: