Public health experts: Parks are a safer bet in the age of coronavirus


What you should know
» Coronavirus facts & FAQ
» Map: Confirmed cases in the U.S. and around the world
» How to prepare your home for coronavirus

As coronavirus fears ratchet up, so do the 45-year-old shipping manager’s nerves.

He’s constantly checking the news to hear the latest recommendations to keep his family safe — it’s all a little overwhelming.

“It’s hard to avoid contact with door handles all the time —  you can only do so much,” he said.

Which is why Yoon found himself Thursday at FDR Park in South Philadelphia. Throwing a fishing rod out into the park’s vast lake, he can finally get out of his head.

“This is one of the places I can be left alone, you know,” Yoon said. “There’s no real major crowds and at least there’s a breeze if someone is close to you, hopefully, the breeze will go the other way.”

Nature is a great place for social distancing. It’s easy in a big park, like FDR or Fairmount Park, to keep six feet apart from other people, as the Centers for Disease Control and Prevention suggest. And there’s not a lot of surfaces touched by a lot of people in a forest.

“There’s much less risk if you’re in outdoor spaces, first of all, because you’re probably less likely to be very close to other people, said Dr. James Buehler, a clinical professor at Drexel University and former Philadelphia health commissioner with Mayor Michael Nutter’s administration.

“It really appears to take a fairly close, and often sustained, exposure to someone in an indoor setting where there’s the greatest likelihood of transmitting the virus,” Buehler said.

City parks remain open on a regular schedule and the Parks and Rec facilities and bathrooms will also stay open to allow people to wash their hands often.

“When public events are being canceled and when museums and other sites are being closed, there is plenty of open space in Philadelphia for people to get out and enjoy and have a change of scenery and a change of pace and hopefully to bring them some relaxation and peace of mind to bring down their stress levels, just a bit,” Ott Lovell said. 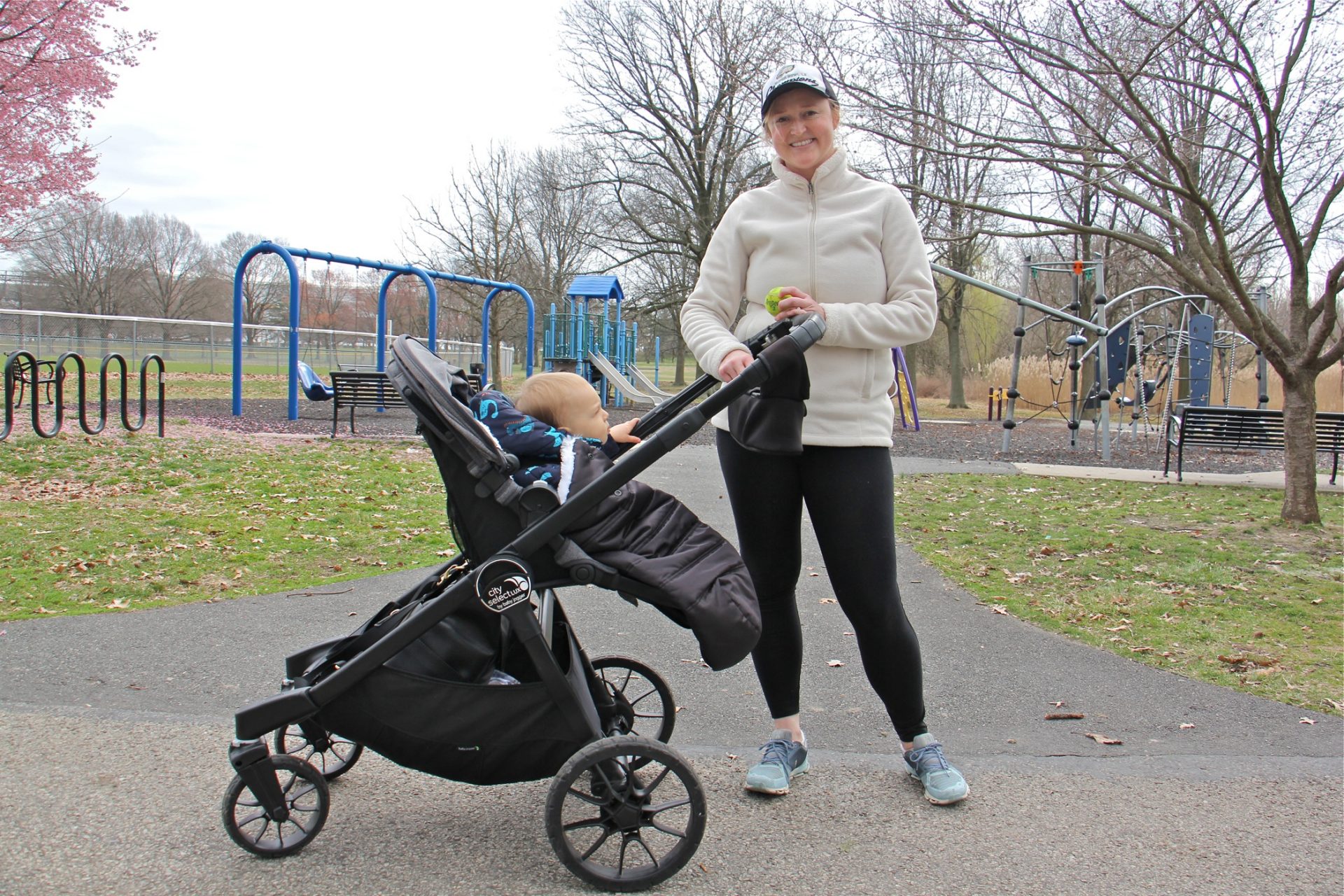 Terry Brady, from the Pennsylvania Department of Natural Resources, said people won’t be touching shoulders with anyone in any of the larger state parks either.

“Parks would be an incredible break from groups and certainly — no offense — from the media’s constant flow of information,” Brady said.  “It’s a beautiful time of the year right now, we have a lot of different flowers and shrubs and trees beginning to bloom. And it’s very peaceful, you can walk for maybe a couple of miles and not even see another biker or hiker.”

Brady said most of the state parks in Southeast Pennsylvania remain open every day from sunrise to sunset — with the exception of those in Montgomery County which facilities will be closed for 14 days starting Friday, to mitigate transmission of the virus.

South Philly resident Veronika Ferris said she’s worried about the virus. She has a 1-year-old and said she’ll have to get creative and find different places to take him to play.

“I wouldn’t have my kid play in the jungle gyms,” she said. “It’s going to be a different space now. Like parks.”

On Thursday, she took her 1-year-old to the tennis courts at FDR park.

Gas prices in some areas of the country are approaching $2