FILE PHOTO: In this Feb. 5, 2020, file photo, workers wearing protective gears prepare to spray disinfectant as a precaution against a new coronavirus at Namdaemun Market in Seoul, South Korea. In recent days, major shopping districts and other spots in the capital Seoul popular with Chinese tourists were relatively quiet.

Coronavirus whistleblower dies from the disease in China

News of Li Wenliang's death has triggered millions of reactions on Weibo, China's equivalent of Twitter.

(Beijing, China) — A Chinese doctor who was among the first to blow the whistle on the new coronavirus has died from the disease, the hospital treating him said on social media early Friday local time.

Li Wenliang, 34, an ophthalmologist based in Wuhan, was reprimanded in early January by local police authorities for “publishing falsehoods” after he mentioned in a WeChat group seven cases of a virus similar to SARS from a seafood market.

News of Li’s death has triggered millions of reactions on Weibo, China’s equivalent of Twitter. Most posts mourned him, called him a hero and commented with candle emojis, some with mourning poems. When Li was in critical condition late Thursday and early Friday local time, millions of people flocked to a livestream operated by local media outside the hospital, the Wall Street Journal reported.

Among the outpouring of grief, some asked for accountability and transparency surrounding his treatment and the larger picture of authorities’ response to the virus.

The topics “Wuhan government owes Dr. Li Wenliang an apology” and “We want freedom of speech” soon began to trend on Weibo, before being deleted, CNN reported.

In a now-deleted interview with Beijing Youth Daily in late January, Li said that the report on SARS is not entirely accurate, although he didn’t mean to be misleading. He also didn’t mean to spread the information widely. 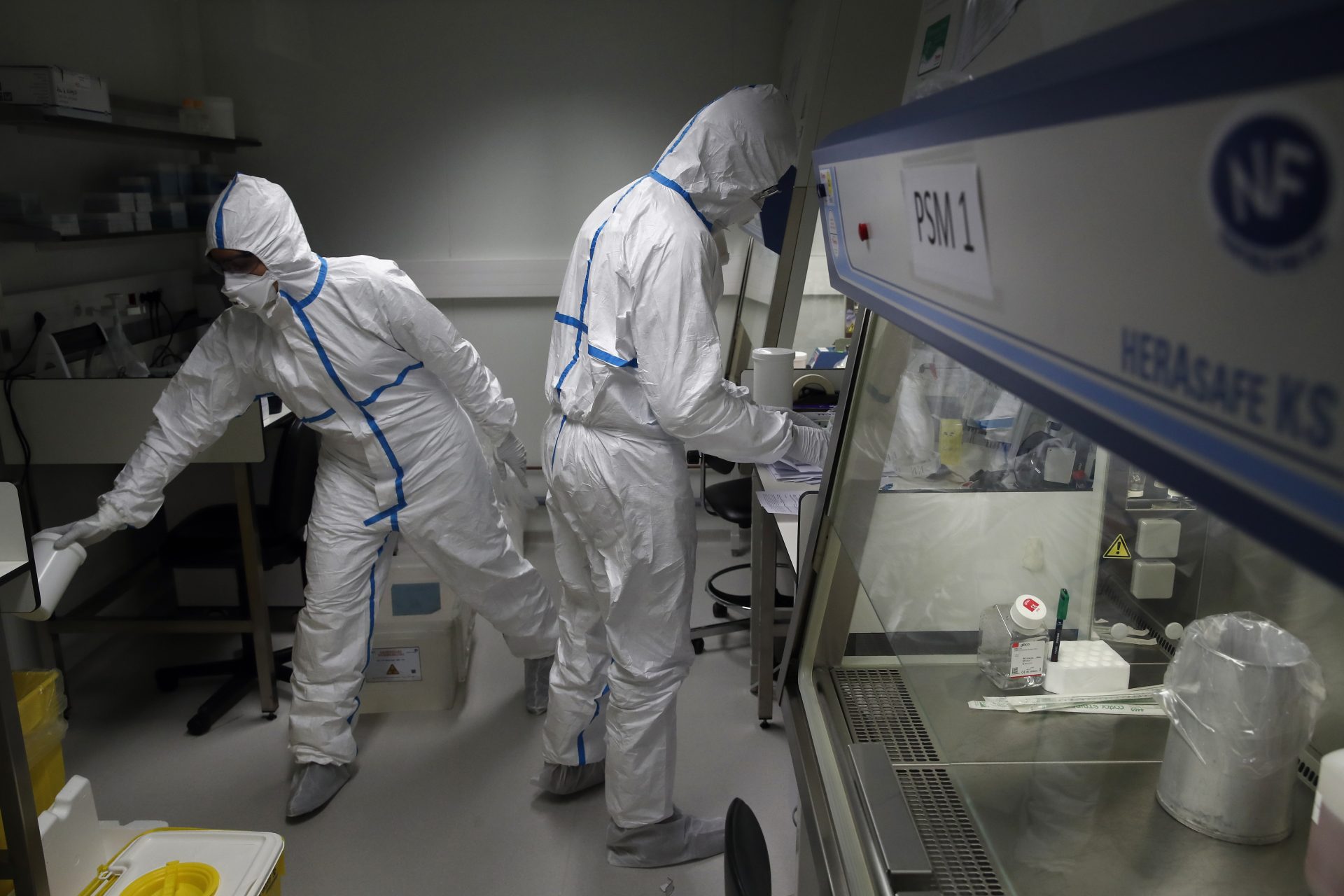 French lab scientists in hazmat gear inserting liquid in test tube manipulate potentially infected patient samples at Pasteur Institute in Paris, Thursday, Feb. 6, 2020. Scientists at the Pasteur Institute developed and shared a quick test for the new virus that is spreading worldwide, and are using genetic information about the coronavirus to develop a potential vaccine and treatments.

But he was trying to warn his old classmates, many of whom were practicing clinicians. He said he was later infected after treating a female patient with “unknown pneumonia.”

On his personal Weibo account one week before he died, Li recounted his journey from seeing the coronavirus test result, to being reprimanded by the authorities for disrupting the social order, to being hospitalized.

“I was hospitalized on the 12th. At that time, I was still wondering, ‘Why is there no announcement of people-to-people transmission, and why are no medical workers getting infected?'” he wrote.

He was diagnosed with coronavirus the next day. “The dust is settled now.”