U.S. Vice President Mike Pence stands and applauds as Speaker of the House Nancy Pelosi reacts to President Donald Trump as he delivers his State of the Union address to a joint session of the U.S. Congress in the House Chamber of the U.S. Capitol in Washington, U.S. February 4, 2020.

Trump, Pence put Pennsylvania at the center of their school-choice push

(Philadelphia) — West Philadelphia isn’t exactly a Republican stronghold, but it’s suddenly at the center of the Trump administration’s push to expand school choice.

In his State of the Union address, President Trump referenced Janiyah Davis, a fourth-grader from West Philly who, the president said, has been unable to get into the private-school of her choice.

“I’m here to tell you that this Vice President, and this President, will always stand for the right of every American family to choose where their children go to school,” Pence told the crowd at St. Francis de Sales, an elementary school run by the Archdiocese of Philadelphia.

Politically, the sudden focus on Pennsylvania makes sense. Not only is it a swing state, but the commonwealth was one of the first to start a type of tax-credit program that the Trump administration wants to replicate at the federal level.

Pennsylvania’s two programs — the Education Improvement Tax Credit (EITC) and the Opportunity Scholarship Tax Credit (OSTC) — allow people and businesses to get a tax break if they agree to donate money to private-school scholarships.

The programs are a favorite of House Speaker Mike Turzai (R-Allegheny), who recently announced he won’t seek re-election. Turzai sponsored a bill that would have allowed the EITC and OSTC programs to grow substantially, but Governor Tom Wolf vetoed it last year.

Both Trump and Pence alluded to that veto in their recent remarks, painting Wolf as an opponent of families who need state assistance to pay for private-school tuition and escape what Trump called “failing government schools.”

The truth is hazier. While Wolf has rejected statutory changes to the EITC and OSTC programs, he has readily compromised with Republicans on the issue. Since 2015, the amount of money available through the EITC program has grown by 85% — a result of Republican interest in the program and Wolf’s willingness to agree to increases during the state-budget process.

On Wednesday in Harrisburg, Wolf responded to Trump’s State of the Union comment.

“Yeah, come on. I mean, I understand he was trying to score some points. There was some posturing going on there,” Wolf told reporters at an unrelated event.

Big picture, though, the debate over whether to divert tax money into school-choice programs like EITC and OSTC often breaks down on partisan lines.

Republicans largely like the idea, saying that parents deserve choice and shouldn’t have to attend public schools just because they can’t afford an alternative.

Many Democrats argue that weakening state tax revenue collections to help private schools undermines the stability of the public school system and worsens educational quality for students left behind. And because private schools aren’t required to accept all students, they worry the most vulnerable students will be stranded in under-resourced public schools.

School-choice advocates counter that competition will make all schools better.

“As you know here in Pennsylvania, when parents are given the opportunity to choose the best school for their children — whether it’s public, private parochial, home school — the truth is that outcomes improve,” Pence said Wednesday.

Most studies of school-voucher programs find that they depress student test scores rather than raising them.

In places like West Philadelphia, the philosophical and academic debate over school choice yields to the everyday choices facing parents.

Standing outside the Pence event amid protesters, Vernard Johnson, a school-choice advocate and the grandparent of a student at St. Francis de Sales, said the neighborhood schools in West Philadelphia were “floundering.”

Johnson said he wishes nearby public schools were up to snuff — and that in an ideal world there’d be no need for “the money to follow the child.” But he doesn’t think his grandchildren have that luxury. They and others need access to private schools, he said. 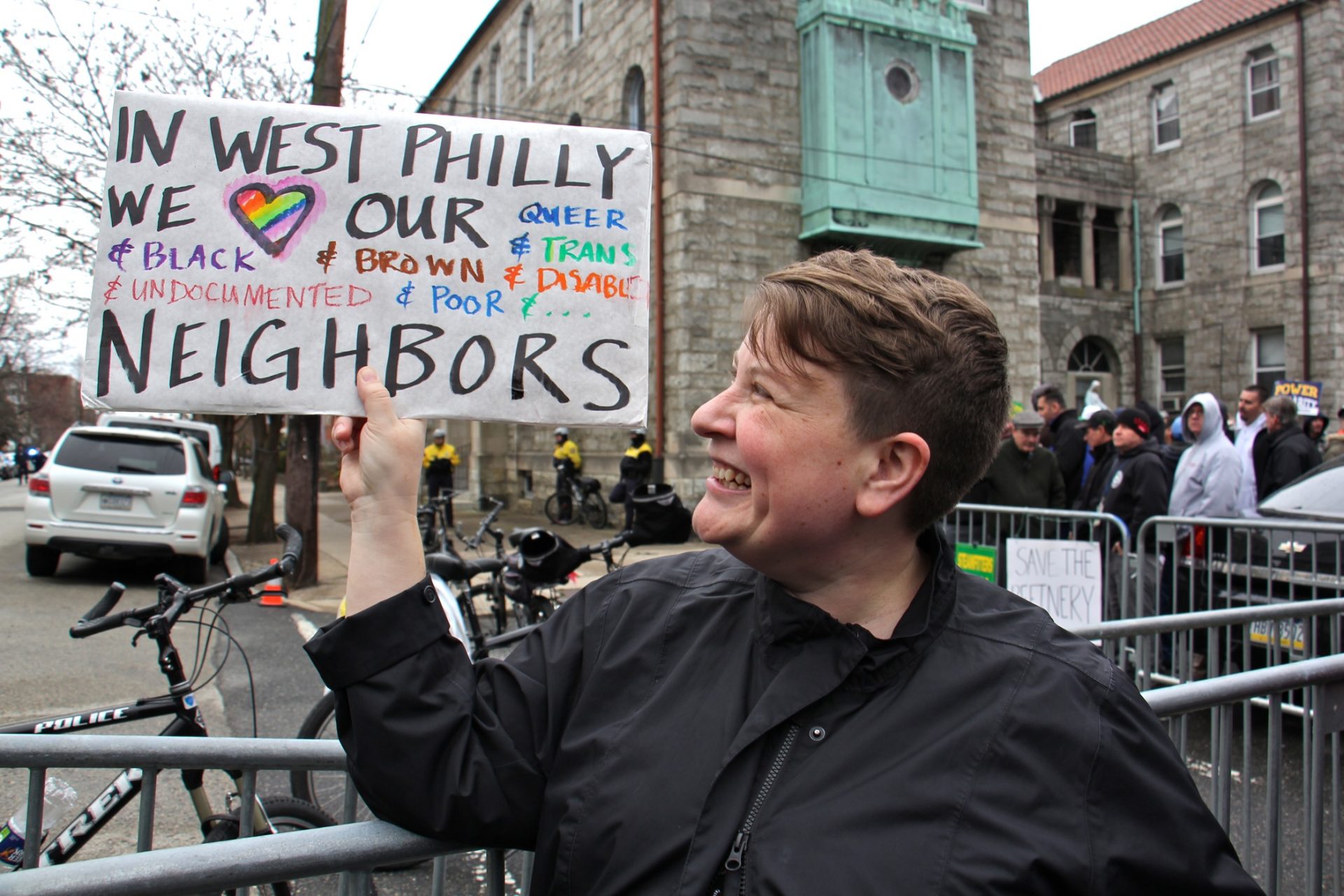 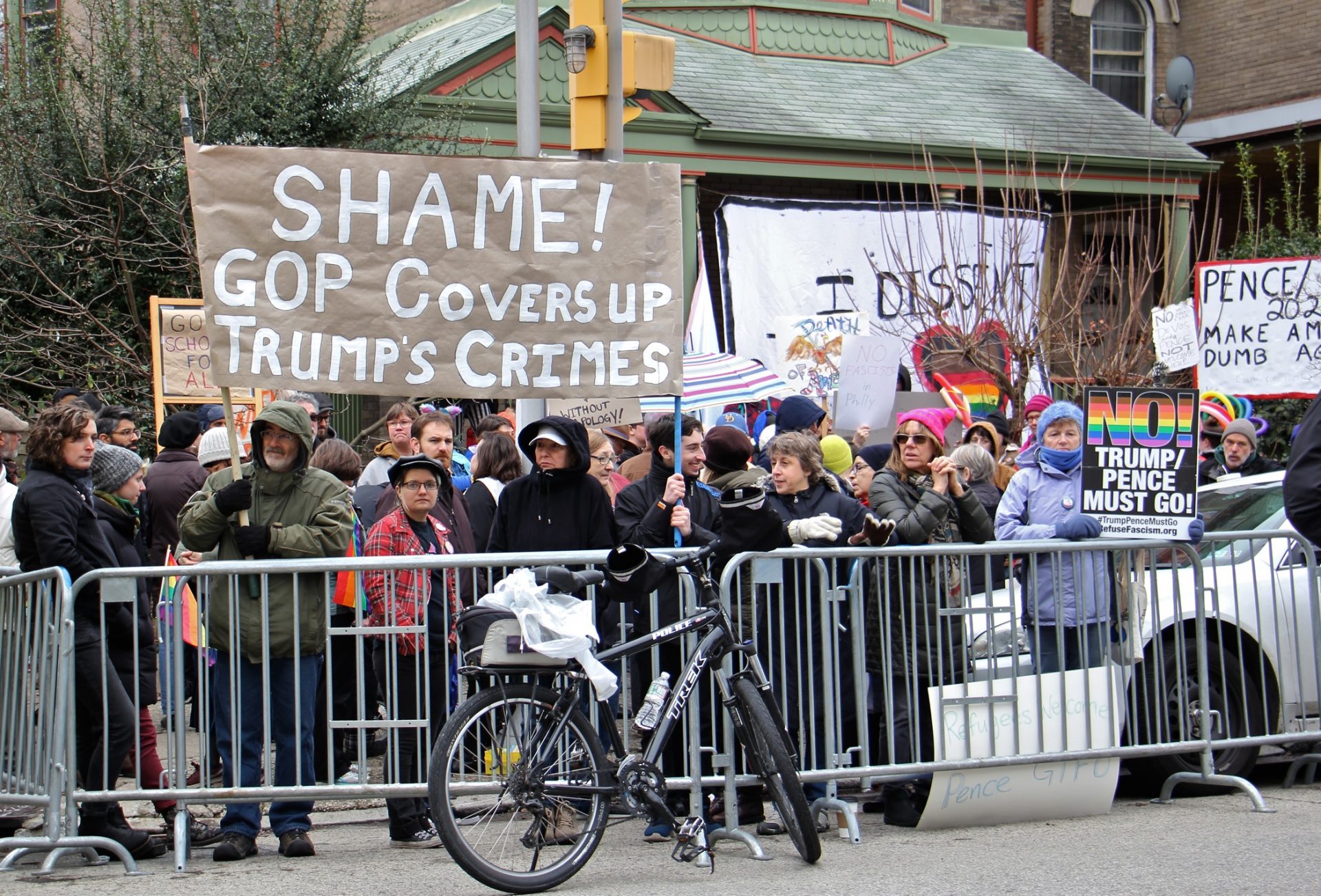 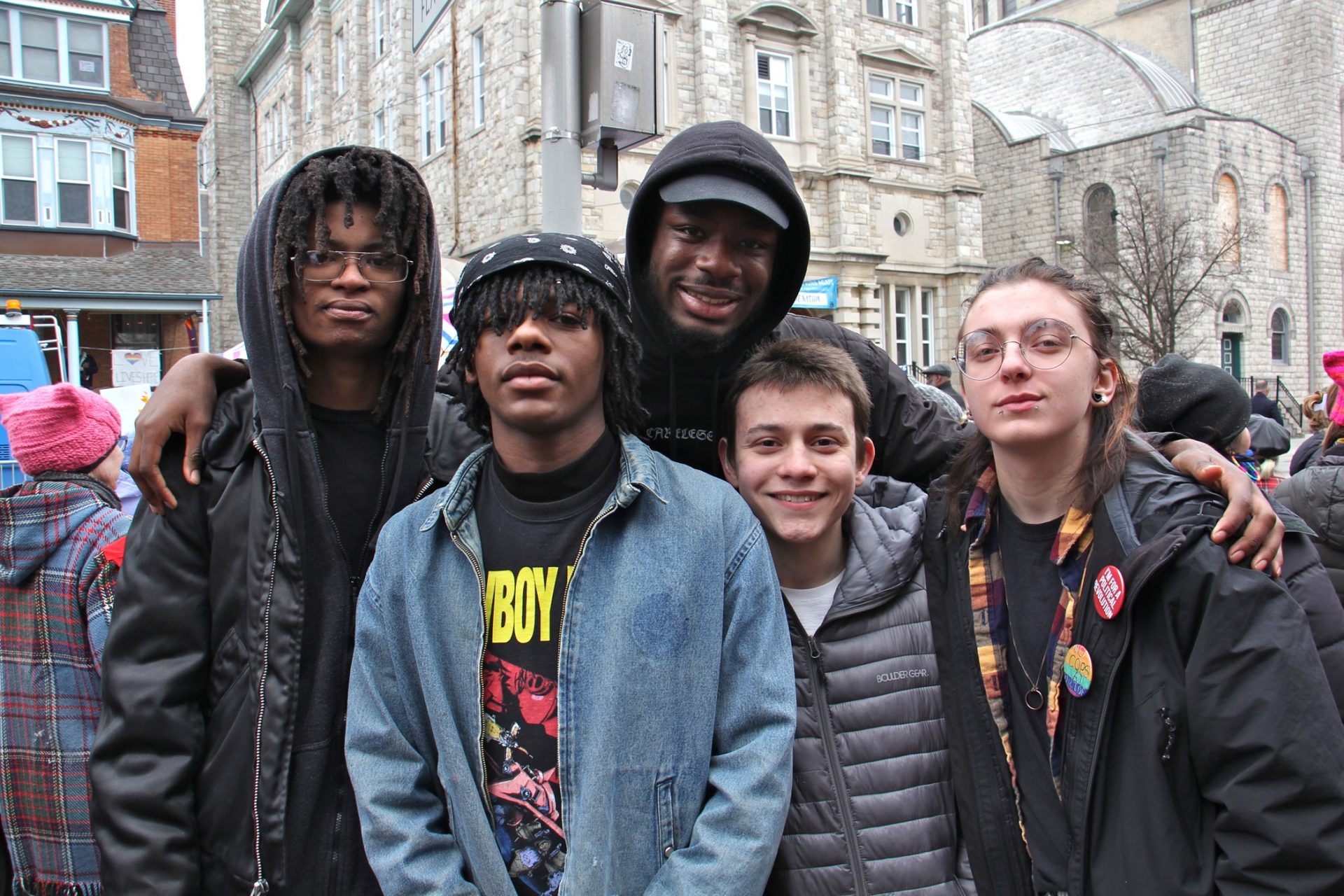 Gayle Thomas, who lives on the same block as St. Francis de Sales, interjected to say she agreed with Johnson about the inadequacy of local public schools.

“The bottom line is racism,” said Thomas, who is Black. “They do not want our children properly educated.”

But Thomas disagreed with Johnson’s solution.

“If you want to send your child to a Catholic school or a Jewish school or whatever, that’s your prerogative,” she said. “But our tax dollars should not follow.”

Thomas and Johnson did agree, however, on their disapproval of Trump and Pence. Johnson said he wanted to attend the event at St. Francis de Sales, but wasn’t told about it until late last night.

He felt his grandson, who was inside during the speech, was “just a prop.”

“Trump won’t get my vote, but we’ll take the money,” Johnson said. “Because it’s our money.”

Ed Mahon of PA Post contributed to this story.

In Pa. jails, women are paying more than double for the same tampons they’d get on the outside.