The house of William Mercuchi is damaged after the previous day's magnitude 6.4 earthquake in Yauco, Puerto Rico, Wednesday, Jan. 8, 2020. More than 250,000 Puerto Ricans remained without water on Wednesday and another half a million without power, which also affected telecommunications.

It is unclear exactly how much money will be made available. 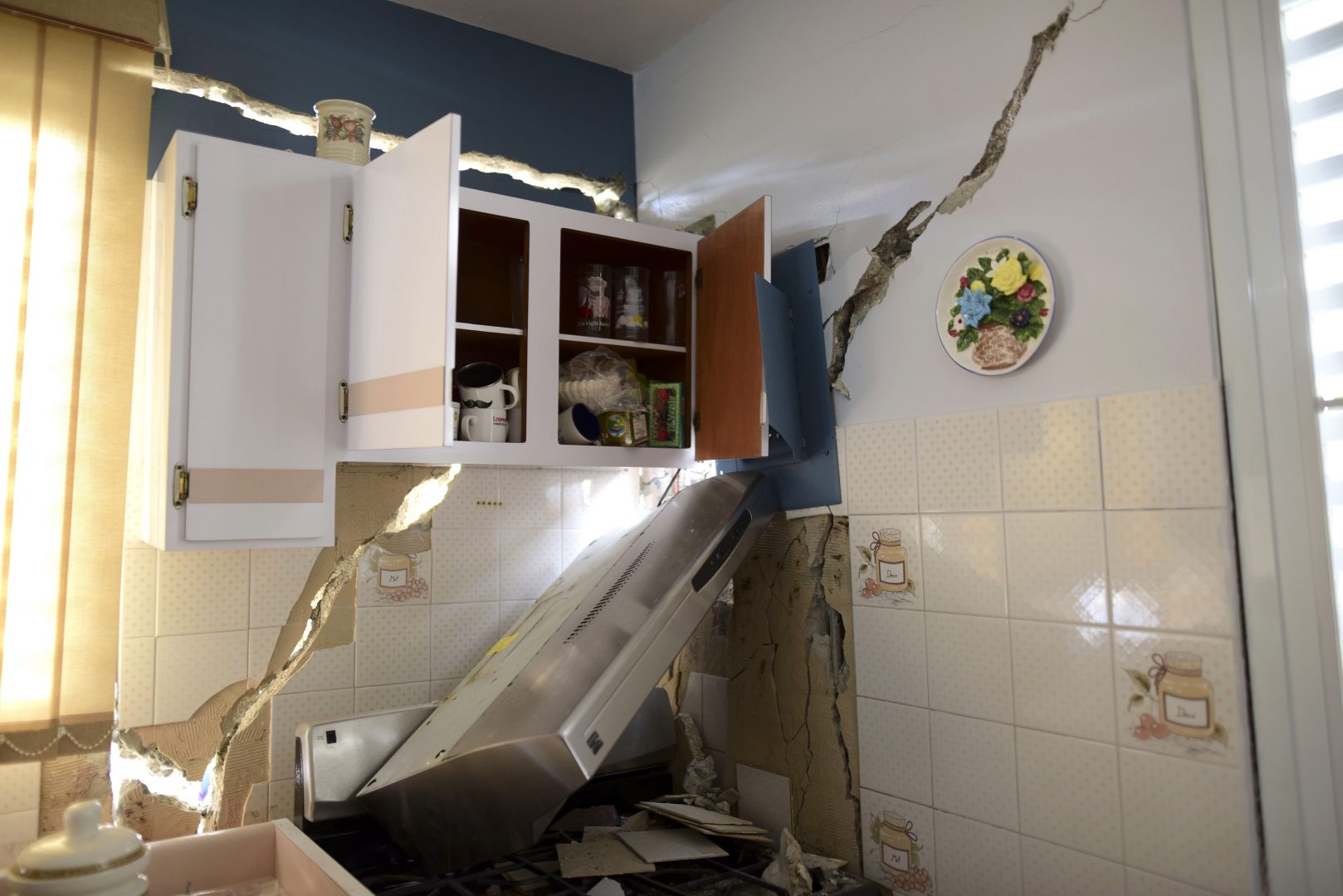 The house of William Mercuchi is damaged after the previous day's magnitude 6.4 earthquake in Yauco, Puerto Rico, Wednesday, Jan. 8, 2020. More than 250,000 Puerto Ricans remained without water on Wednesday and another half a million without power, which also affected telecommunications.

(Washington) — Weeks after a powerful earthquake and dozens of aftershocks rocked Puerto Rico, citizens whose homes were damaged or destroyed by the quakes will be granted access to some financial relief, officials announced on Thursday.

President Trump “declared that a major disaster exists” in the southern regions of Puerto Rico and “ordered Federal assistance to supplement Commonwealth and local recovery efforts,” the White House said in a statement.

The announcement of the disaster declaration comes on the same day the Department of Housing and Urban Development formally announced a grant agreement with Puerto Rico, releasing another $8.2 billion in aid.

Those funds were made available to help with recovery from the 2017 hurricanes Maria and Irma, a gesture that is seen as extremely overdue by many on the ravaged island, as well as Democratic lawmakers in Congress.

Details about the forthcoming assistance from the Federal Emergency Management Agency remain vague but a spokesman told NPR the funds will be released “on an ongoing basis.”

“Thank you President [Trump] for signing the declaration of disaster for the southern towns of Puerto Rico after the January earthquakes,” Resident Commissioner of Puerto Rico Jenniffer González tweeted. “Your action will help the island in the recovery process.” 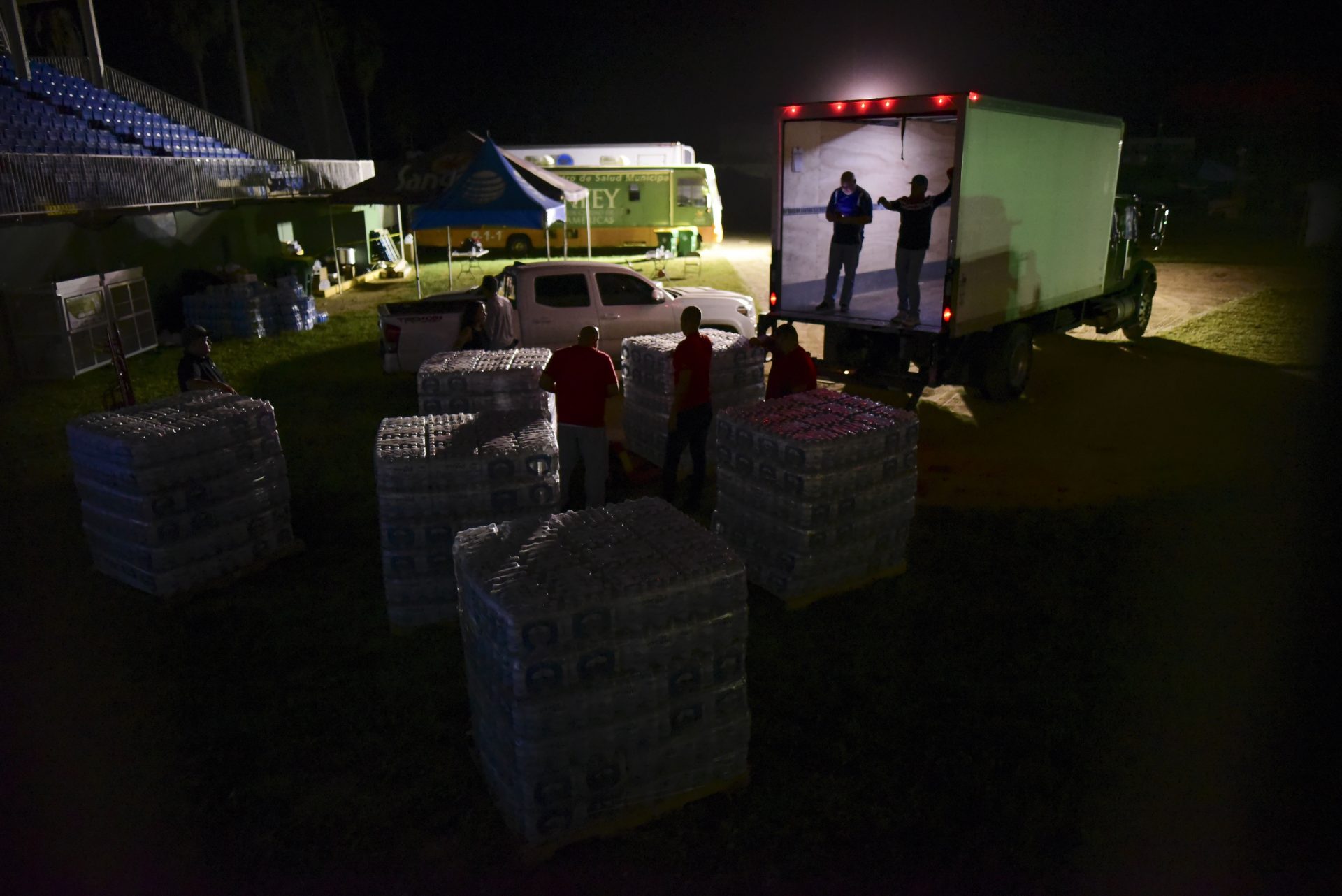 Volunteers deliver boxes of water to a baseball stadium that has been opened as a shelter to residents who lost their homes in a 6.4 magnitude earthquake, in Guayanilla, Puerto Rico, late Thursday, Jan. 9, 2020. Hundreds of thousands of Puerto Ricans are still without power and water, and thousands are staying in shelters and sleeping on sidewalks since Tuesday’s earthquake.

It is unclear exactly how much money will be made available. However, the White House said individuals can begin applying for grants for temporary housing, home repairs and low-cost loans to cover uninsured property losses. Only those who live in the municipalities of Guánica, Guayanilla, Penuelas, Ponce, Utuado and Yauco will be eligible.

Thousands who live in those communities are still sleeping outside, afraid to return to their homes. Earthquakes have continued to rattle the island since the first 5.4 temblor struck the island on Dec. 28. Since then at least one person has died and many others have been seriously injured or left homeless by collapsed buildings.

In a statement from HUD, Secretary Ben Carson said the months-long hold on the hurricane recovery aid was lifted as a result of additional oversight financial measures have been taken.

“Now that proper financial controls are in place, implementing the second phase of Puerto Rico’s disaster recovery program can move forward with an extension to its line of credit,” Carson said.

The funding was supposed to be released in September, but Carson refused to do so out of concern that the money would be mismanaged by officials in Puerto Rico. As a result, only $1.5 billion out of approximately $20 billion that was appropriated by Congress been disbursed. 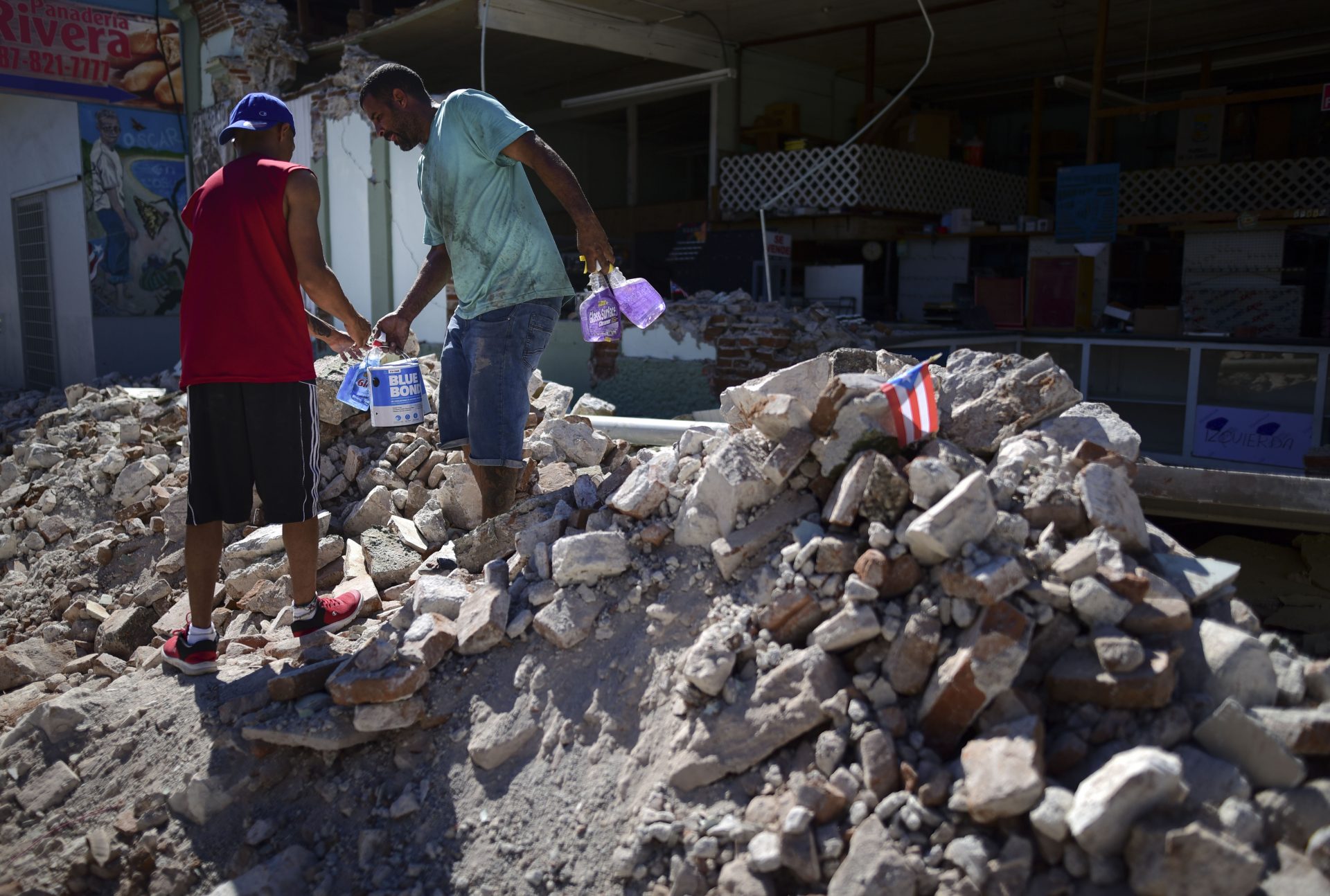 Store owners and family help remove supplies from Ely Mer Mar hardware store, which partially collapsed after an earthquake struck Guanica, Puerto Rico, Tuesday, Jan. 7, 2020. A 6.4-magnitude earthquake struck Puerto Rico before dawn on Tuesday, killing one man, injuring others and collapsing buildings in the southern part of the island.

On Thursday, Carson added that more oversight was needed before HUD “could proceed with confidence” the disaster funds could be distributed and spent properly.

Carson’s delay was met with outrage by Puerto Rican and Democratic lawmakers in Congress who argued the island territory was being treated unfairly, while states including Florida and Texas were given swift access to emergency funding following 2017 disasters.

A group of more than three dozen Democrats signed a letter Monday demanding that the White House release the billions in aid to the devastated island.

HUD announced Thursday it appointed Robert Couch as the new federal financial monitor to oversee the administration of disaster grants for both Puerto Rico and the U.S. Virgin Islands.

“I greatly appreciate the Secretary’s confidence in me,” Couch said in a statement. “I share his dedication to the recovery from Hurricanes Irma and Maria, and his determination to ensuring that the funds entrusted to HUD by Congress for the survivors are expended as quickly as possible while still safeguarding against waste, fraud and abuse.”

Couch is not new to HUD. He formerly served as the department’s General Counsel. He also served as president of the Government National Mortgage Association (Ginnie Mae), was commissioner on the Bipartisan Policy Center’s Housing Commission, and served on the Task Force on the Status of Puerto Rico in the under President George W. Bush.