In the distance, construction of the Mariner East 2 pipeline at Raystown Lake Recreation Area in Huntingdon County, Pennsylvania.

Construction has drawn more than $15 million in fines and several temporary shutdown orders.

(Harrisburg) — A Texas-based pipeline giant that is heavily penalized in Pennsylvania has agreed to pay another $2 million in fines for spilling drilling fluids into a reservoir during construction on a 350-mile multibillion-dollar pipeline carrying highly volatile natural gas liquids.

Construction on the Mariner East pipelines has drawn more than $15 million in fines and several temporary shutdown orders. 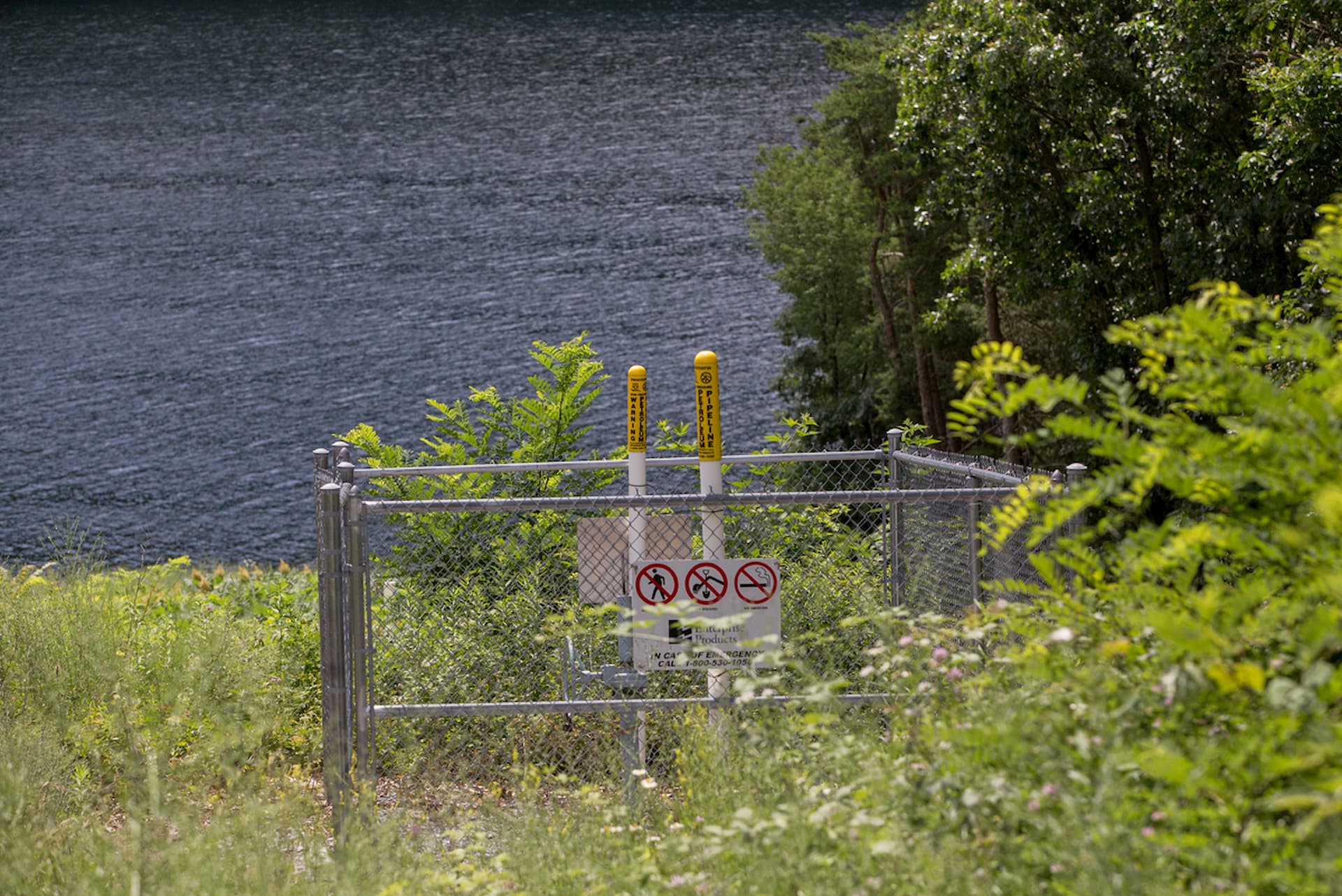 Stakes mark a construction site for the Mariner East 2 pipeline in Huntingdon County. DEP says Sunoco has violated a new agreement to protect water from the effects of drilling during pipeline construction.

The consent agreement was made public Thursday after it was signed Jan. 3. The state Department of Environmental Protection says 208,000 gallons of drilling fluids spilled into Raystown Lake in Huntingdon County in 2017 during construction on Energy Transfer’s Mariner East pipelines.