(Pittsburgh) — NASA is working to send astronauts to Mars, and one of them might bring along a Terrible Towel.

NASA’s 2017 class of astronauts completed its astronaut training on Friday in a ceremony held at the Johnson Space Center in Houston. Among them was Warren “Woody” Hoburg, a Pittsburgh native and a graduate of North Allegheny High School.

In two years of training, Hoburg flew in T-38 jets, learned to speak Russian, studied geology, practiced spacewalking in NASA’s buoyancy lab and trained in a High-G centrifuge. Centrifuges are machines that rotate rapidly on a center axis. NASA used them to prep astronauts for trips to the moon in the 1960s. They’re vital to practicing rocket launches and re-entries, when gravitational forces make it difficult to breathe and operate switches. 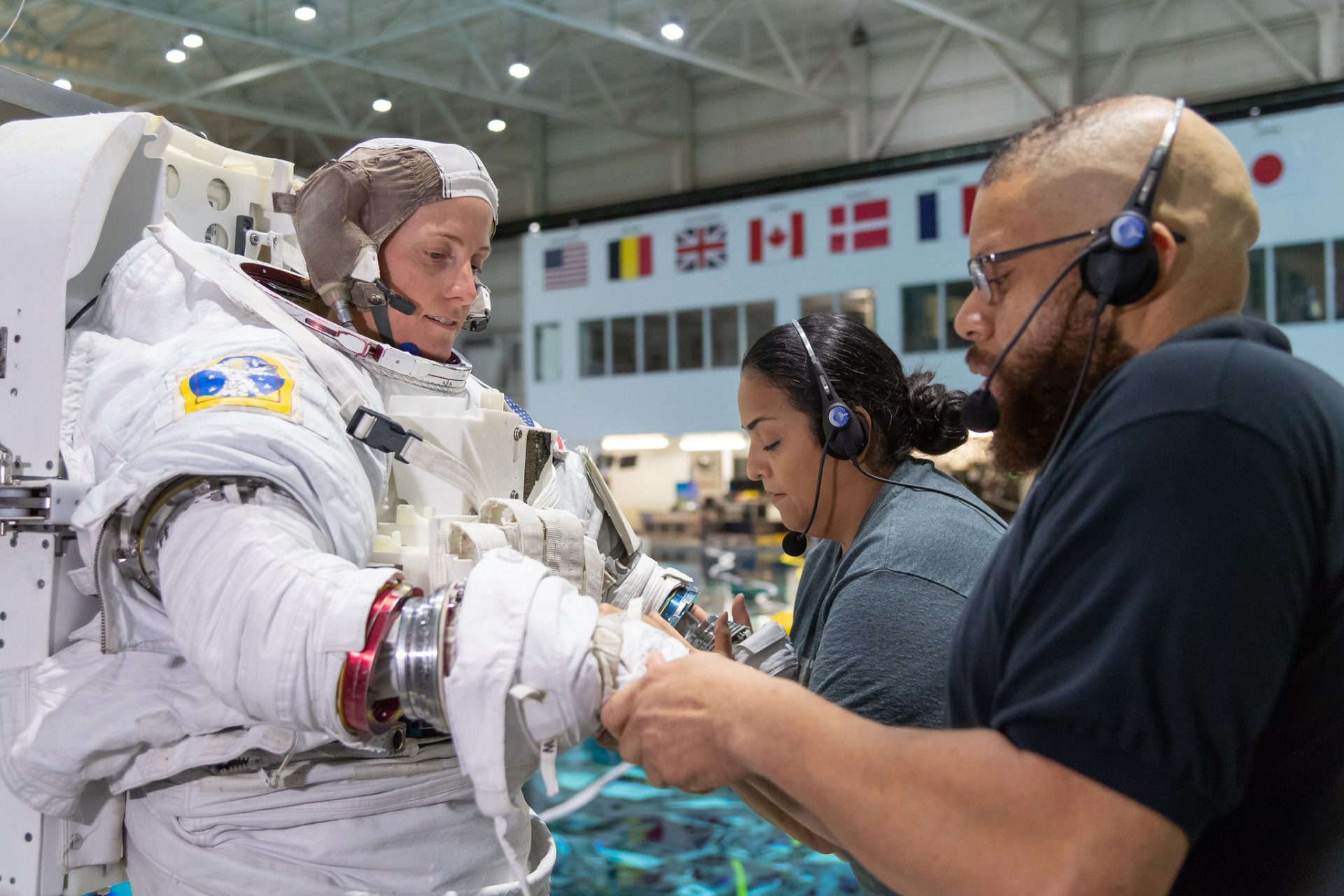 Hoburg is now officially an astronaut. He and his 12 classmates are eligible to participate in the Artemis program, which aims to send astronauts back to the moon by 2024. Artemis will also send the first woman there: the group includes six women and seven men.

NASA’s goal is to establish a permanent presence on the moon and ultimately venture to Mars. Hoburg hasn’t been given a flight assignment yet, but he’s open to going to Mars.

“I would happily accept any flight assignment that I’m given,” he said.

Wherever that is, Hoburg plans to bring along a Pittsburgh essential.

“If and when I get to fly to space, I will be bringing a Terrible Towel. Go Steelers!”

Hoburg credits experiences in Pittsburgh with sparking his interest in space and engineering. When he was growing up, he built amateur rockets out of his parents’ garage and launched them at events run by Tripoli Pittsburgh, a high-powered rocketry club.

Hoburg went on to study Aeronautics and Astronautics at MIT and receive a doctorate in Electrical Engineering & CS from the University of California, Berkeley. When Hoburg was accepted to the astronaut program in 2017, he was working as an assistant professor at MIT, where he helped design a drone capable of flying for five consecutive days.

More than 18,000 people applied to be part of NASA’s 2017 class. Hoburg says that he “never dreamed that he would get selected,” but that it was “amazing to get that phone call.”

NASA estimates that about 500 people have gone into space. That group already includes a few Pittsburghers, like Mike Finke, who was selected to be an astronaut in 1996 and was a mentor to Hoburg in Houston.