A satellite photo from the commercial company Planet shows damage to at least five structures at the Ain al-Assad air base in Iraq.

At least five structures were damaged in the attack on the base in Anbar province.

(Baghdad) — Satellite photos taken Wednesday show that an Iranian missile strike has caused extensive damage at the Ain al-Assad air base in Iraq, which hosts U.S. and coalition troops.

The photos, taken by the commercial company Planet and shared with NPR via the Middlebury Institute of International Studies at Monterey, show hangars and buildings hit hard by a barrage of Iranian missiles that were fired early Wednesday morning local time.

At least five structures were damaged in the attack on the base in Anbar province, which apparently was precise enough to hit individual buildings. “Some of the locations struck look like the missiles hit dead center,” says David Schmerler, an analyst with the Middlebury Institute.

Iran’s attack targeted at least two military bases in Iraq. The extent of the damage to the second base, in Irbil, was unclear. 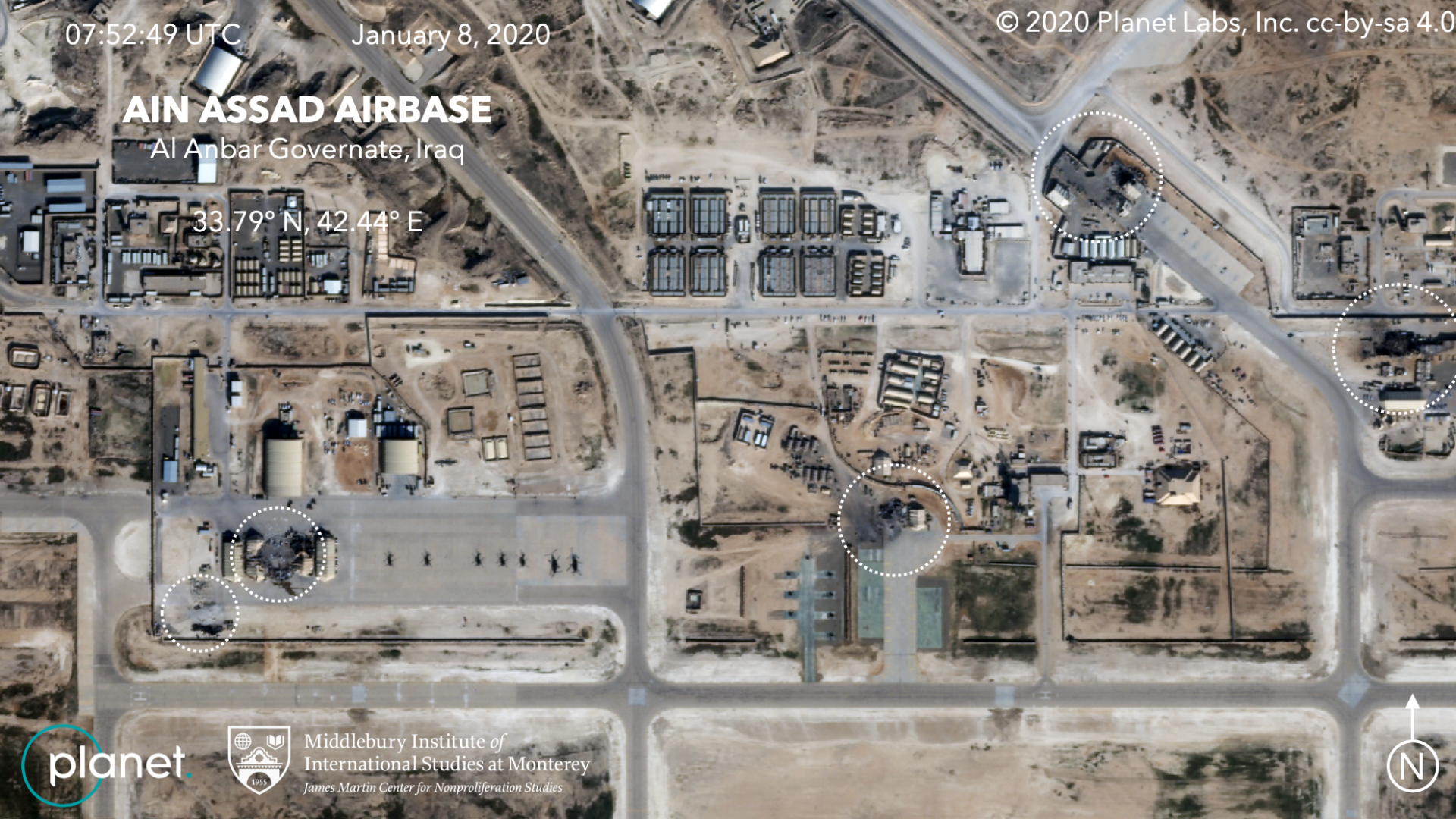 Satellite images show damage to hangars and buildings in what appears to be a series of precision missile strikes launched by Iran.

Shortly afterward, President Trump said in an optimistic tweet: “All is well!

He added: “Missiles launched from Iran at two military bases located in Iraq. Assessment of casualties & damages taking place now. So far, so good! We have the most powerful and well equipped military anywhere in the world, by far! I will be making a statement tomorrow morning.”

There are no reports of casualties as a result of the strike on Ain al-Assad, which follows a U.S. drone strike in Iraq that killed Iran’s top military commander.

Schmerler says it is unclear whether targets on the base were chosen to avoid loss of life. “The buildings we’re tallying now seem to be used for storing aircraft,” he says. “There are other structures at the air base that would be exclusively for people so maybe they intended to strike sites with equipment over people.”

Trump says Iran is 'standing down,' vows to continue pressure