If the request is granted, the 10-mile evacuation zone surrounding TMI would cease to exist. 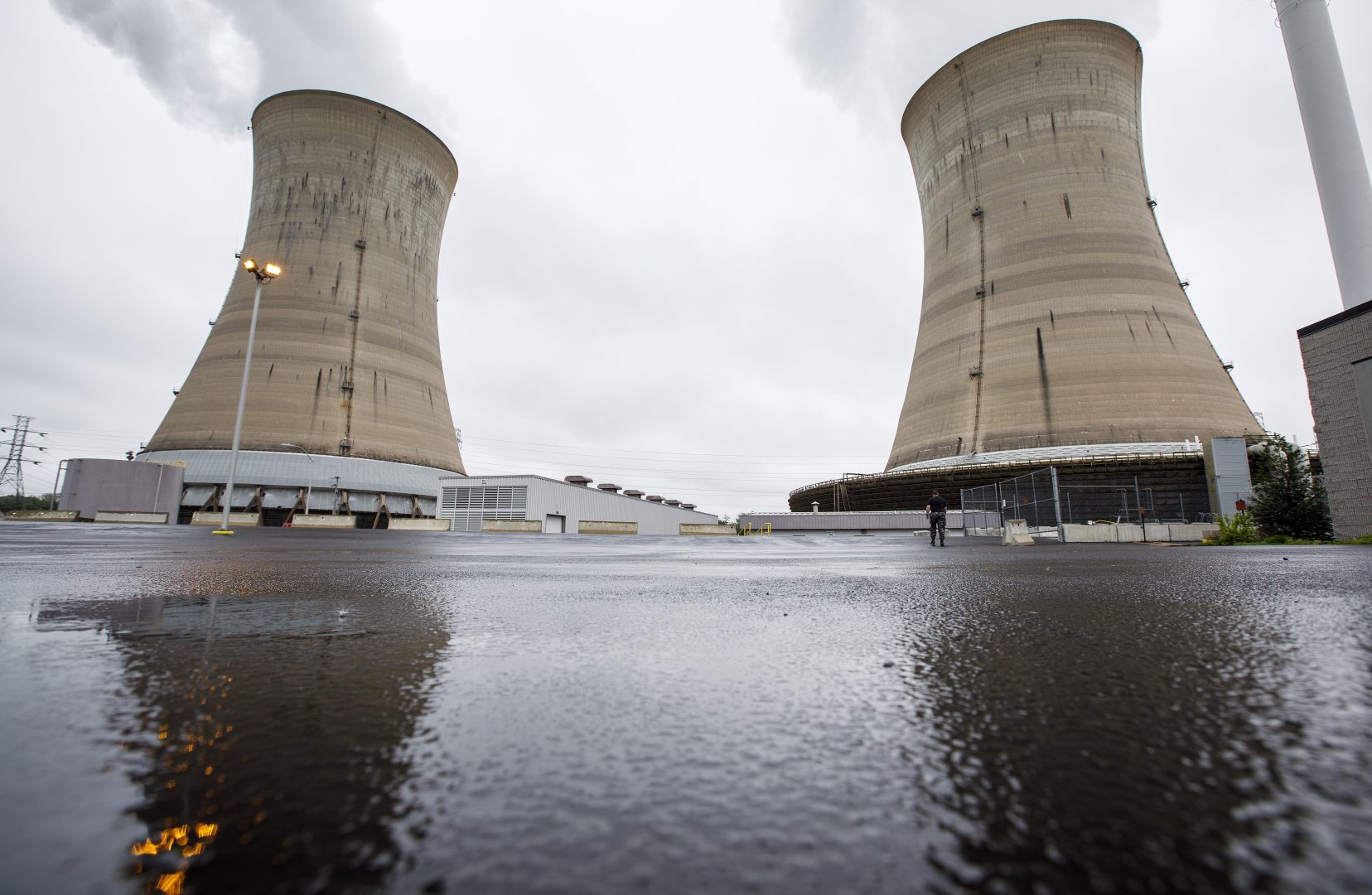 (Middletown) — A local watchdog group is asking for a public hearing on a request by the owner of Three Mile Island to downsize its role in planning and supporting local response to an emergency at the nuclear plant.

TMI owner Exelon has asked for an exemption from the federal Nuclear Regulatory Commission allowing it to significantly scale back its involvement in emergency planning in early 2021.

If the request is granted, the 10-mile evacuation zone surrounding TMI would cease to exist, off-site radiation monitoring would end, as would regular testing of sirens to warn the public of an accident. Exelon also would reduce its financial contribution toward local planning and response.

Exelon says the requested changes reflect lower risk now that TMI is no longer a working nuclear power plant. Going forward, the main risk involves fuel rods which were removed from the reactor and transferred to a cooling pool soon after the plant permanently shut down in September.

Exelon, in a written response to questions from PennLive, said the requested changes are “based upon extensive analysis of public safety with all fuel safely stored in the pool. Results showed an extremely low probability of a radiological event impacting public safety.”

The Three Mile Island Alert watchdog organization objects to the request and has asked for a hearing.

“They are asking to withdraw to the fence line,” Eric Epstein of TMI Alert says of Exelon’s involvement with outside responders. “We believe the hazard is clear and present and we should have a robust emergency plan in place.” Protesters gather for a vigil outside the north gate of the Three Mile Island nuclear power plant in Londonderry Township, Dauphin County.

In a recent letter to the NRC, the Federal Emergency Management Agency also raised concerns about the request.

If granted, the changes would take effect in January 2021 — 488 days after the shutdown of TMI. That’s how many days Exelon expects it will take for the fuel rods to cool to a point there no longer is a threat of a fire that would require help from outside agencies, such as local fire companies and ambulance crews.

In its letter, FEMA says some local responders “expressed concern that local jurisdictions will face increased burden associated with emergency response and preparedness if staffing, insurance, qualifications, and training requirements are reduced.”

“These stakeholders requested that [emergency preparedness] funding be maintained at current levels,” the letter says.

The last day of operation for TMI, located about 12 miles south of Harrisburg on the Susquehanna River, came on Sept. 20, 2019.

Within a week, the fuel rods had been removed from the reactor and placed in a cooling pool — one of the riskiest tasks in shutting down a nuclear power plant. The cooling pool is about 40 feet deep, roughly the size of an Olympic swimming pool and housed in a building, according to NRC spokesman Neil Sheehan. Exelon says it will close Three Mile Island’s Unit One reactor in September 2019.

With the fuel rods now in the cooling pool, the main threat involves the possibility the pool would leak, exposing the rods and allowing them to heat up and cause an event called a zirconium cladding fire. Such a fire would release a radioactive plume and likely require widespread evacuation.

Exelon has concluded that after 488 days, the rods will have cooled enough that it would take 10 hours for them to become hot enough to catch fire. That would give Exelon’s on-site responders enough time to deal with the situation without help from outside the plant, Exelon told the NRC.

Exelon’s exemption request doesn’t say how much money it contributes toward local emergency planning and response, or how much that would change. In 2018, the Pennsylvania Emergency Management received $425,000 from Exelon, with some of that distributed to local counties and organizations, according to a spokeswoman. Dauphin County received $86,773.97 toward emergency planning from Exelon, and Londonderry Township, where TMI is located, received $5,000, according to the Press & Journal in Middletown.

FEMA’s letter says it’s “open to question” whether local responders, once they are no longer involved in planning, would be sufficiently effective.

“FEMA has no data that would indicate what [s]tate and local government reactions might be in such circumstances,” the agency wrote.

The NRC has approved similar exemptions for other nuclear power plants shut down during the last decade, Sheehan said. The main threat from a nuclear power plant, he said, exists when the reactor is fueled and operating. “Once a plant shuts down, the risk profile of the plant changes significantly,” he said.

Sheehan said a zirconium cladding fire has never occurred, although a near-miss took place at the Fukushima plant in Japan. After that, U.S. plants, including TMI, were required to add back-up pumps and generators to ensure they could refill the cooling pool in the event of a leak, he said.

They also were required to add better monitoring so a drop in coolant level would be quickly noticed, Sheehan said.

Exelon is asking the NRC to approve its request by August. Sheehan said the NRC will consider the concerns that have raised before making a decision.

The hazard risk at TMI is expected to fall again sometime in 2022 when the spent fuel is removed from the pools and put into dry storage casks.

After string of smoggy days, Allegheny County wants polluters to reduce emissions during some weather events