“To our parents, I want to say, I hear you. I am committed to getting this right.” 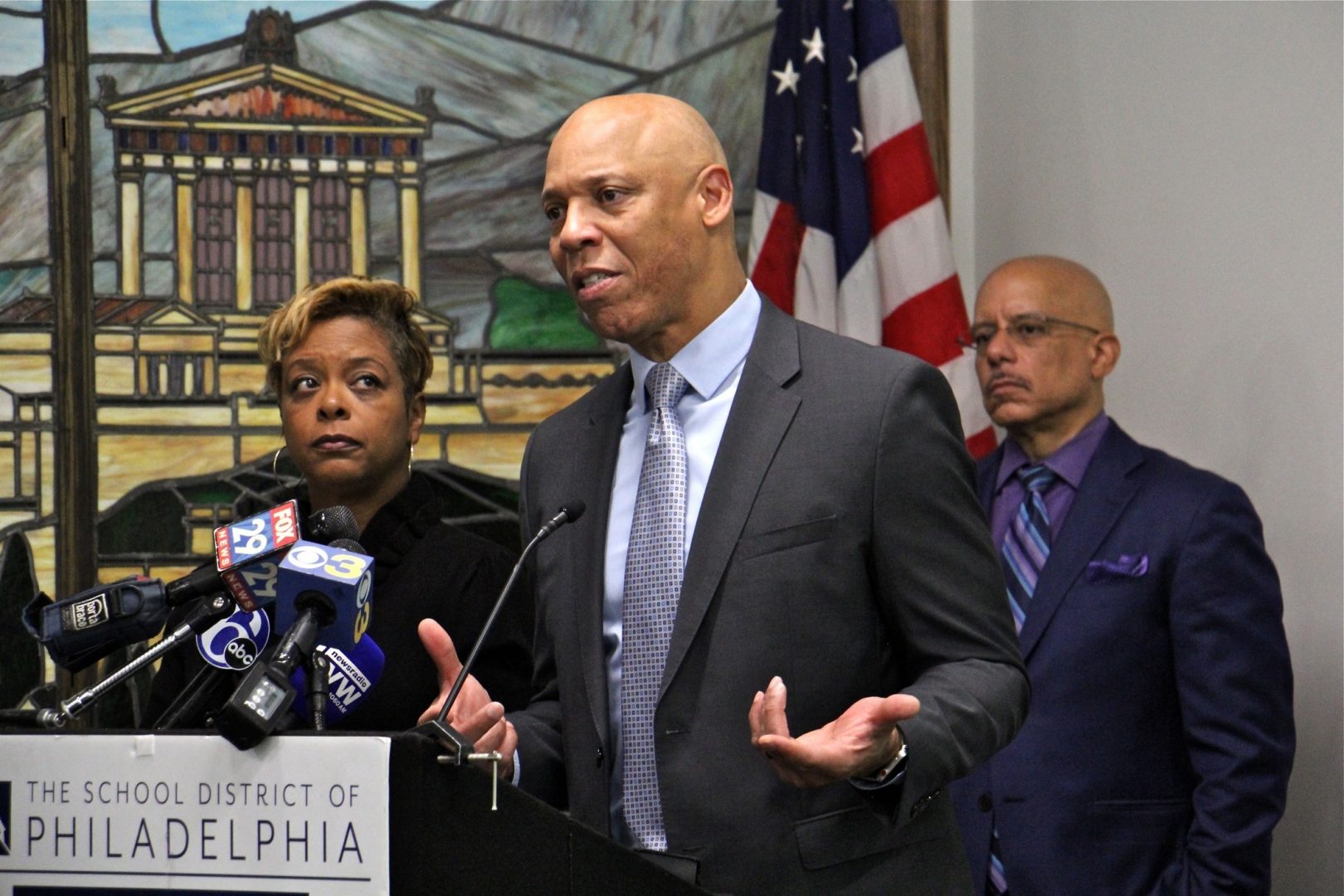 “To our parents, I want to say, I hear you,” said Superintendent William Hite. “I understand your concerns. I am committed to getting this right.”

Hite said the district would use millions from its operating budget to ensure that the district clears its backlog of asbestos-related repair projects by the fall of 2020.

For the district to complete all asbestos- and lead paint-related problems in its aging schools, Hite said, school leaders would need to spend about $150 million over the next five years.

The “Environmental Safety Improvement Plan” announced Tuesday includes the money needed to fix asbestos hazards attached to ongoing construction projects. The $12 million will come out of a $500 million bond the district will spend over the next three-to-five years on a wide variety of infrastructure improvements.

All of that borrowed money will help the district chip away at its massive infrastructure needs. The district estimated in 2017 that it would take $4.5 billion to complete all of the construction and maintenance projects it needs to bring its buildings up to code and replace outdated equipment.

“We’re going to need a lot more in terms of the projects that need to be completed,” said Hite. “It’s not just the $500 million. That helps us to do what’s currently in front of us. But we already know of projects that are also going to need our attention moving forward.”

The district’s problem is about more than just money. It must also regain the trust of parents who feel Pennsylvania’s largest school system hasn’t responded quickly enough to toxic threats or communicated effectively when threats arise.

“Communities have said ‘just give us the information so that we will understand and not hear this from other people,’” the superintendent said.

The district will launch a new telephone hotline and a dedicated email address where staffers or parents can report problems and expect a response within 24 hours. Officials will also form an “Environmental Advisory Board” to review the district’s remediation efforts and conduct visual inspections of each building alongside that school’s principal. 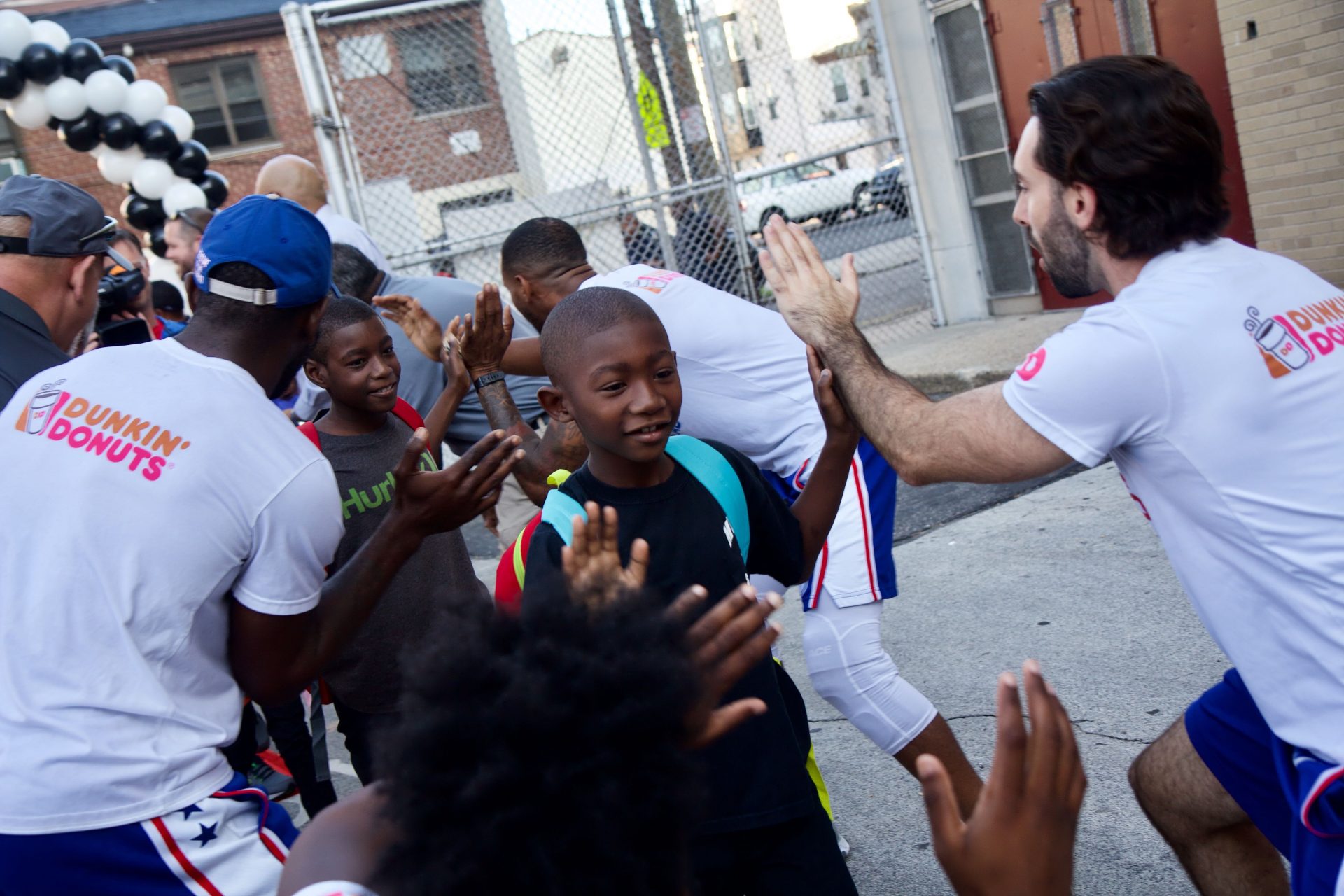 Robert Morris Elementary School students are greeted with high fives on the first day of school.

To know why the district unveiled this “environmental safety improvement plan,” one didn’t need to look far.

Just a few paces from the conference room where Hite announced the plan, displaced students from Science Leadership Academy (SLA) milled in a temporary lunchroom situated inside school district headquarters.

Nearly a thousand students from SLA and Benjamin Franklin High School are in temporary sites after union and district officials discovered exposed asbestos in the boiler room of the building they share in Center City.

In North Philadelphia, district officials are looking to relocate students at T.M. Peirce School after an inspection revealed friable asbestos in the school’s basement.

And earlier this school year, news broke that a longtime teacher at the William Meredith and George Nebinger Schools in Center City has a deadly form of cancer caused by asbestos exposure.

Though the district has long admitted that it doesn’t have the money or capacity to properly care for its aging schools, the trio of recent crises put a new spotlight on the issue. Parents from SLA, Ben Franklin and T.M. Peirce lambasted district officials at several public meetings, criticizing the district for slow communication and what they saw as insufficient contingency plans.

Hite was contrite on Tuesday and said parent response had prompted the district to action.

“This has heightened people’s anxiety around asbestos,” said Hite. “It’s also created an opportunity for us to take a stronger look at our processes around these issues.”

Tuesday’s press conference was also a soapbox for local politicians to highlight what they believe has caused the district to fall so far behind on building maintenance — systemic underfunding.

Several lawmakers praised the district for responding to the latest round of building woes and blamed the state legislature for failing to take greater responsibility for the conditions inside Pennsylvania schools.

“It is the responsibility of the state of Pennsylvania … to deliver on a school infrastructure plan,” said City Councilmember Helen Gym. “It is a sin that our kids go to schools that are sometimes unhealthy and unsafe.”

In each of the past two budgets, state leaders have earmarked money to remove flaking lead paint from Philadelphia schools. Combined, that state aid has amounted to roughly $12 million.

A coalition of union leaders and Democratic politicians say the city needs more money from Harrisburg to take care of lead paint, asbestos and other toxic hazards inside Philadelphia schools. A bill introduced earlier this year by State Senator Vincent Hughes (D-Philadelphia) would direct an additional $85 million to Philadelphia schools through a “school emergency repair program.”

That bill hasn’t moved forward yet.

Hughes says the district and city are stepping up — and that his colleagues should follow suit.

“The next test will be at the state level,” Hughes said. “Stay tuned.”