A sign left behind in the state Capitol by supporters of placing a new community college in Erie on Nov. 13, 2019. 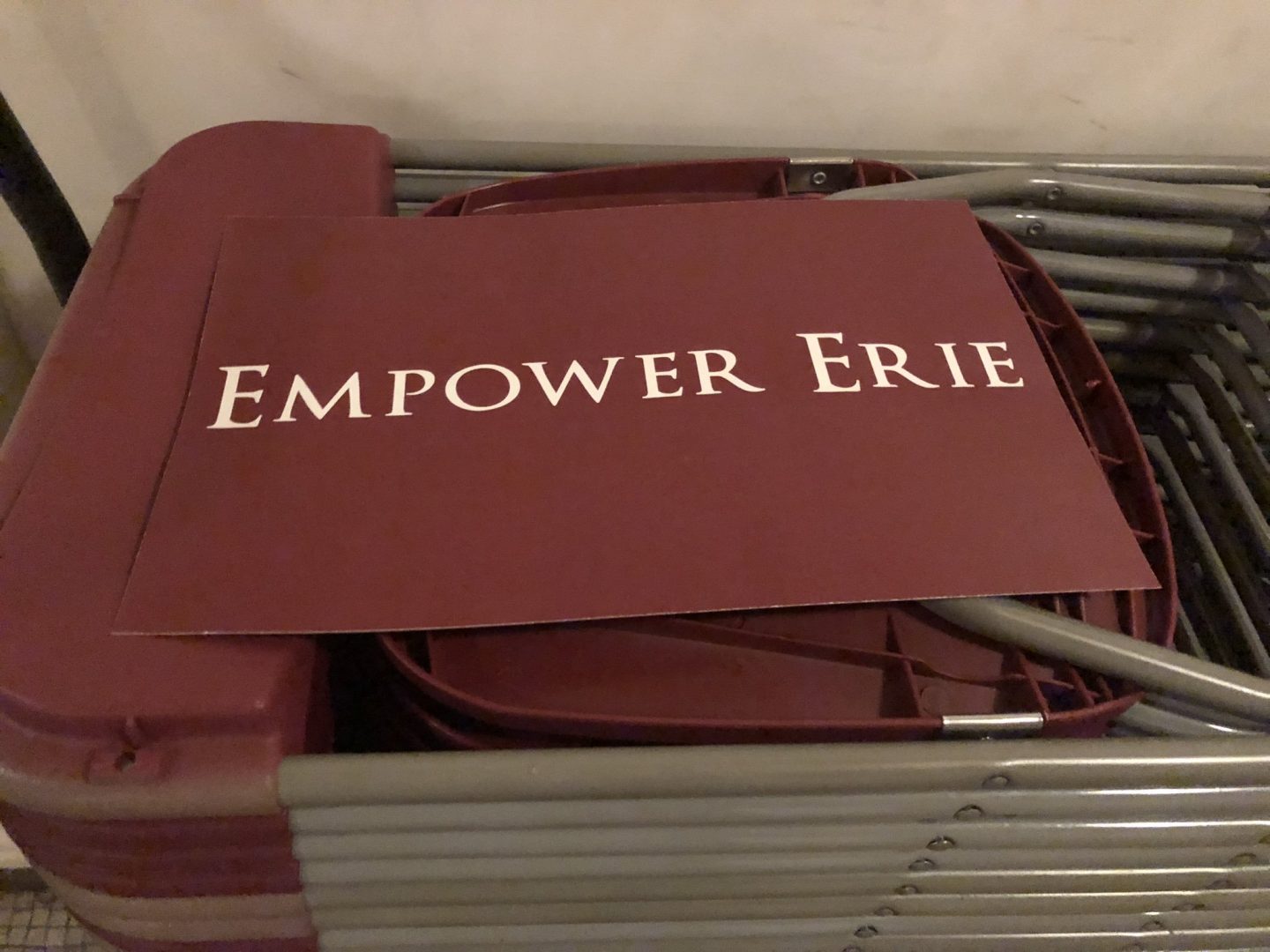 A sign left behind in the state Capitol by supporters of placing a new community college in Erie on Nov. 13, 2019.

A committee for the state Board of Education on Wednesday declined to endorse Erie’s proposal to bring a new community college to the northwestern Pennsylvania community, saying more information is needed before the full board can make a decision.

Ron DiNicola, an attorney and one of the leaders of bringing a community college to Erie, said supporters disagree with the committee’s recommendation that a decision be postponed until a hearing can be held to gather more information.

DiNicola said he plans to encourage the full Board of Education to ignore the committee’s recommendation and instead vote on the application itself at its next meeting on Thursday.

“We think it’s time for that. …But I think at the end of the day, we’re going to get a community college. We’re going to press that fight. We think we’re right on the merits here,” DiNicola said.

Supporters of the effort say the Erie area needs a standalone community college to help lift people out of poverty and meet the demands of employers.

“We believe that if there is a community college, this will open up some channels and open up the possibilities for our young people to become successful,” said Edison Nicholson, founder and CEO of the Youth Leadership Institute of Erie.

Nicholson told committee members that he dropped out of high school when he was 17. A few years later, he said it took him three attempts to pass the GED test. After that, he said he attended a program through a Mercyhurst University campus that was modeled on community colleges.

“I found refuge,” Nicholson said. “…If it was not for the community college setting that I attended, I would not be sitting here in front of you.” 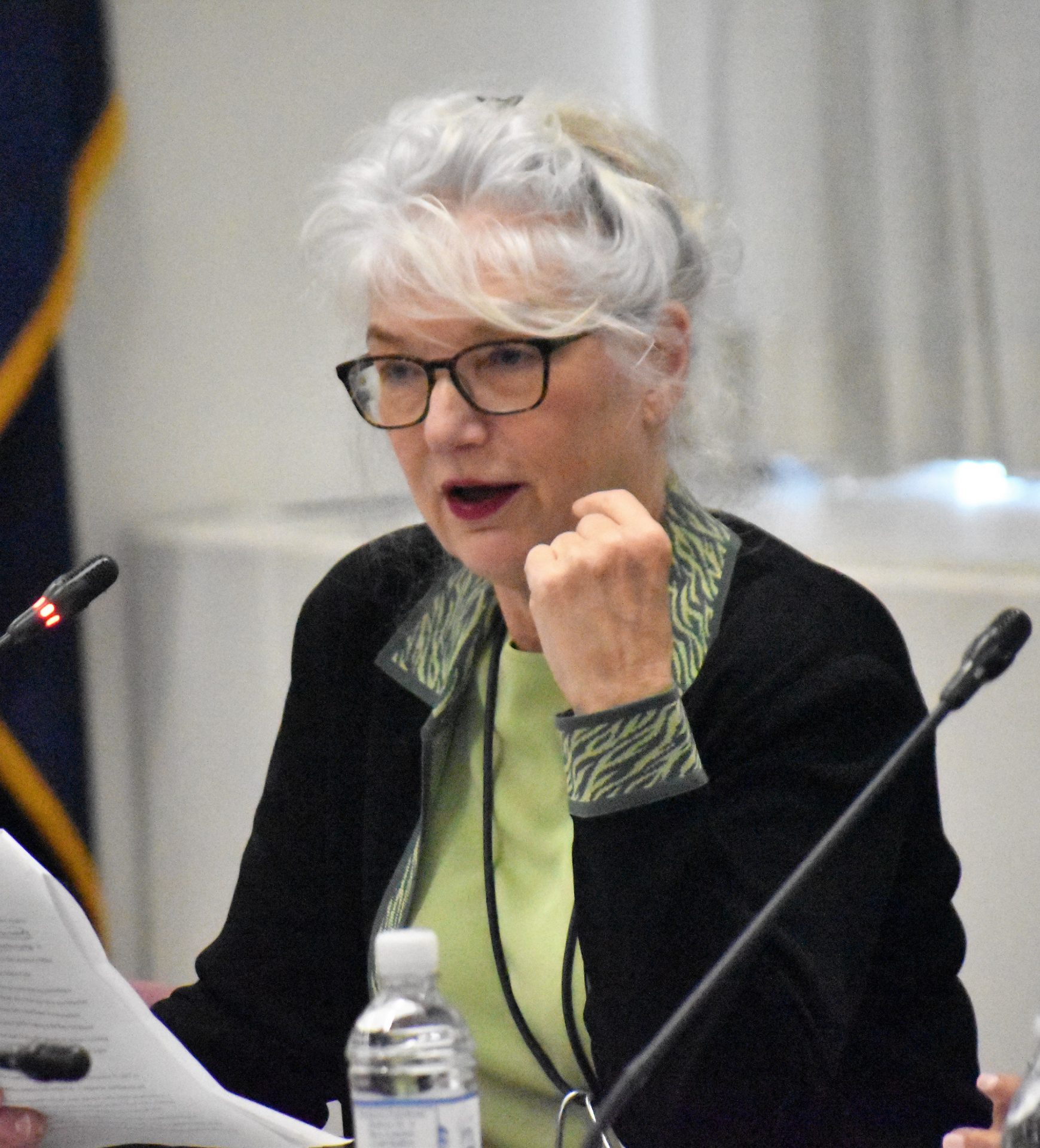 State Board of Education member A. Lee Williams speaks during a committee meeting on Nov. 13, 2019. 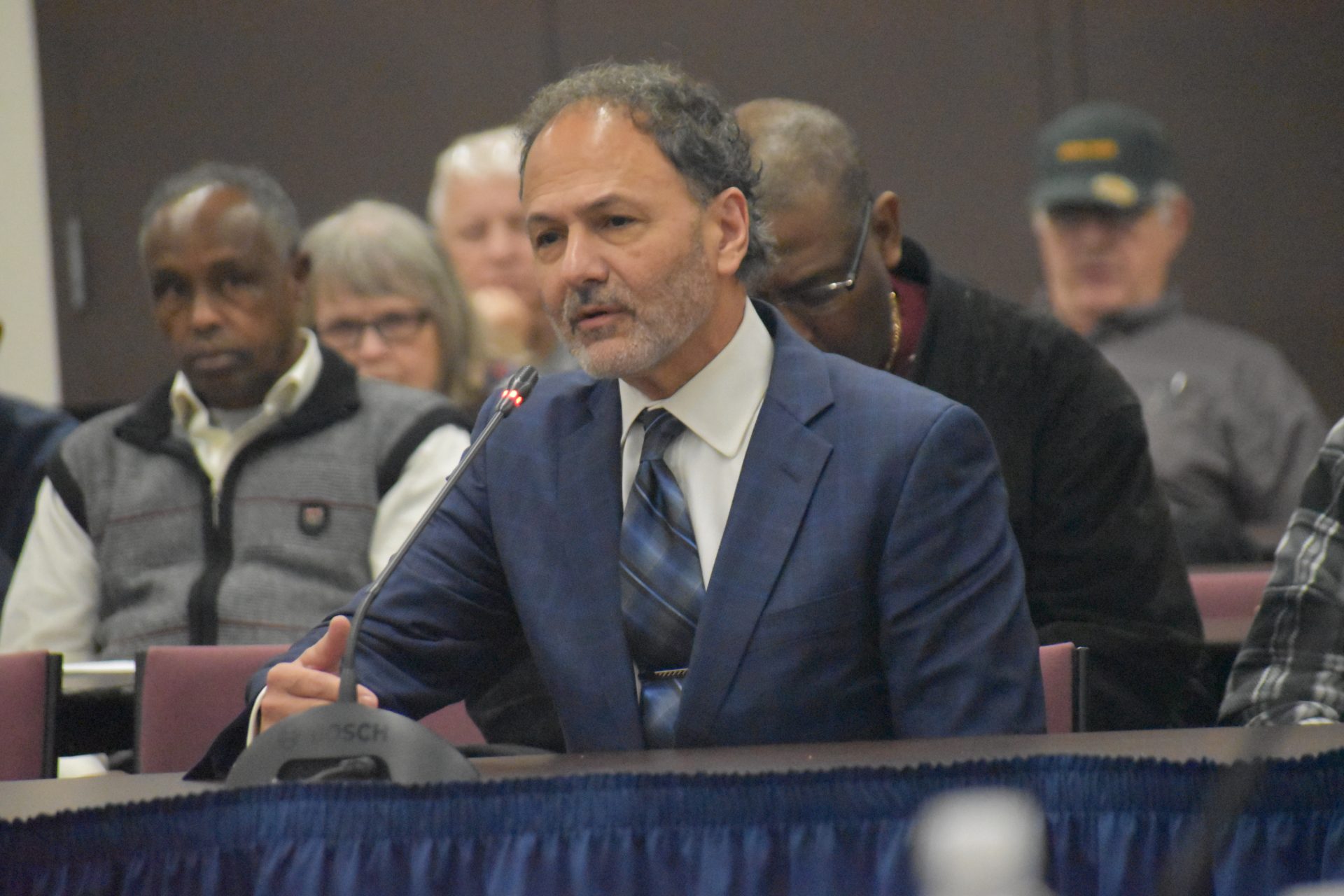 Ron DiNicola, an attorney and one of the leaders of bringing a community college to Erie, speaks during a committee meeting of the state Board of Education in Erie on Nov. 13, 2019. 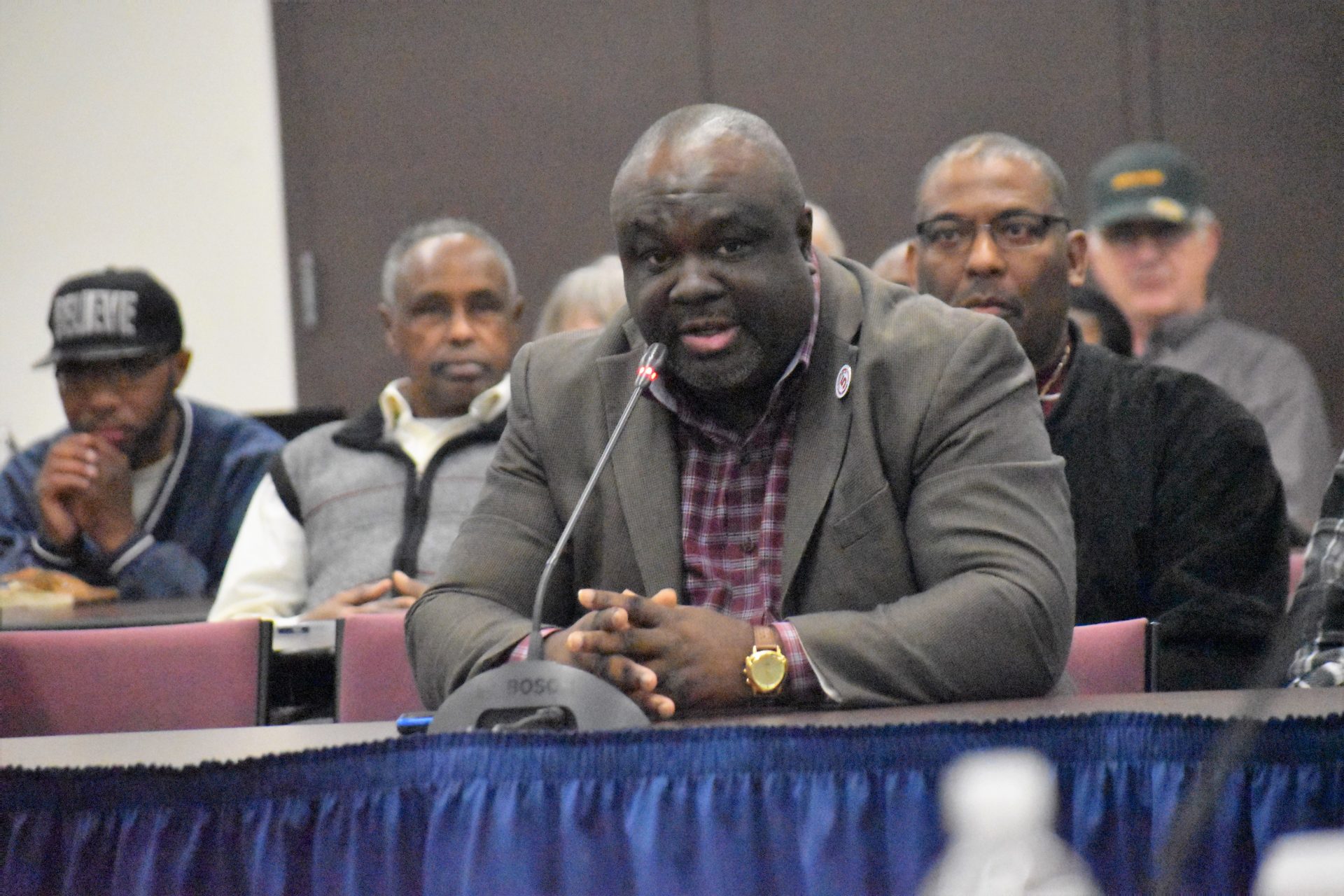 Edison Nicholson, founder and CEO of the Youth Leadership Institute of Erie, speaks in support of a community college during a committee meeting of the state Board of Education on Nov. 13, 2019, in Harrisburg.

Most of Pennsylvania’s 14 community colleges were established in the 1960s and early 1970s. The last new one to open was Penn Highlands Community College in 1994.

Board of Education member Nicole Carnicella said many of the jobs that are open in the Erie area could be filled by someone with a certification instead of an associate’s degree from a community college.

“I don’t think it’s in the best interest of the state to fund a community college in Erie,” Carnicella said.

Board member A. Lee Williams was more supportive of Erie’s application, but said an additional hearing is necessary to gather evidence and testimony.

“The board hasn’t had a community college for a very long time, come forward,” Williams said. “So this is new to everybody. Erie didn’t have a good template to follow.”

The full board meets Thursday. Board members could still decide to approve the application.

Bill Jackson, president of the United Way of Erie County, woke up at about 3:30 a.m. Wednesday so he could travel from Erie to Harrisburg for the meeting. He said the committee’s decision was a little confusing.

“We were expecting that some action would be taken, and it sounds like they want to delay it some more,” said Jackson, who was waiting with a group of high school students and other supporters in the Capitol Rotunda.

He planned to attend Thursday’s meeting of the full Board of Education with the hope that its members would vote on the plan.

“That would be my fondest desire. …What do I think is going to happen? Based on what happened today, I’m not optimistic,” he said.

Democratic Gov. Tom Wolf supports the creation of a community college in Erie. A powerful Republican lawmaker,  Senate President Pro Tempore Joe Scarnati, is opposed. Scarnati says the creation of the Erie community college would hurt the Northern Pennsylvania Regional College, an open admissions college that serves nine counties and describes itself as neither a traditional campus-based college nor an online college.

I’ll be covering a committee meeting for the State Board of Education. The committee will make a recommendation for the Erie community college application.
State Boad of Education is expected to make a final decision Thursday. pic.twitter.com/F2kNqzMFdH