Stickers reading "I VOTED TODAY" and "HE VOTADO HOY" are place out for voters at a polling station on Election Day, Tuesday, Nov. 5, 2019 in Philadelphia.

People of color make gains in municipal races across the US 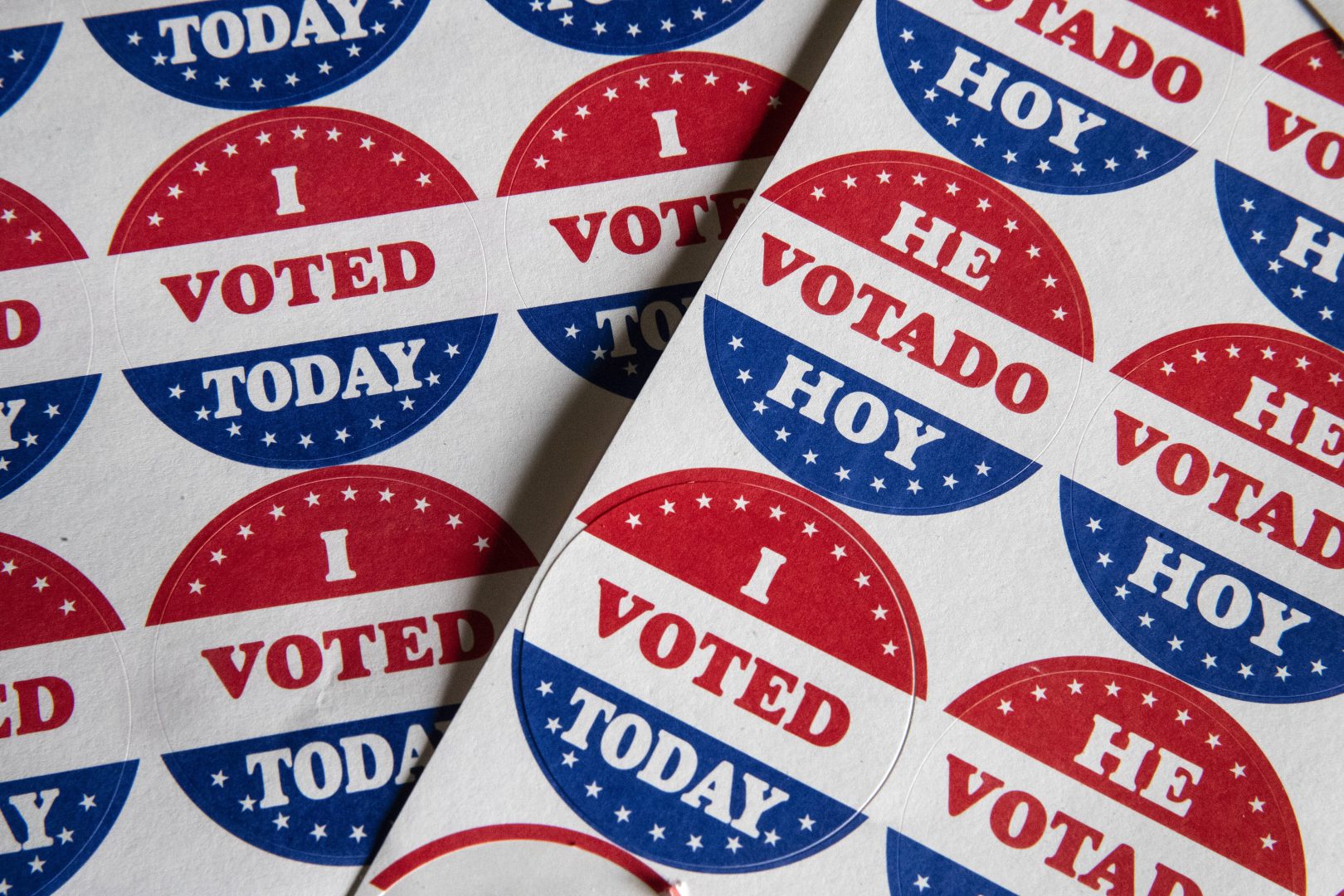 Stickers reading "I VOTED TODAY" and "HE VOTADO HOY" are place out for voters at a polling station on Election Day, Tuesday, Nov. 5, 2019 in Philadelphia.

(Albuquerque, N.M.) — People of color made history this week by winning municipal races in places their families were once ignored or prevented from voting, including a New Mexico mayor whose father was forced into a Japanese internment camp during World War II.

From Arizona to Massachusetts, the gains highlight the ongoing demographic changes in the nation but also the growing political power of black, Latino and Native American voters ahead of the 2020 presidential election. 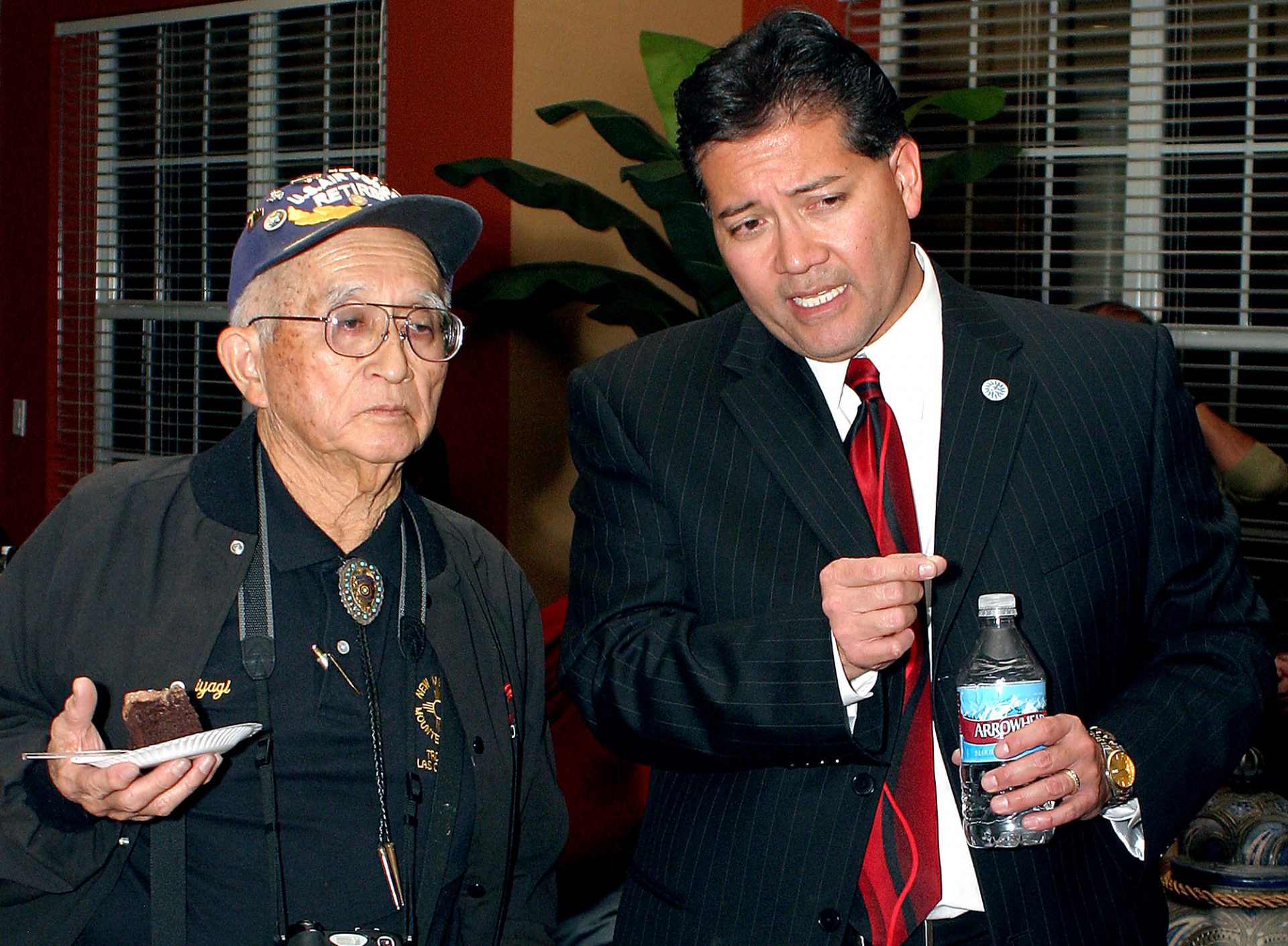 FILE PHOTO: Mayoral candidate Ken Miyagishima discusses the unofficial poll results Tuesday, Nov. 6, 2007 with his father, Mike Miyagishima, during his election party at Casa de Soledad in Las Cruces, N.M. “It’s nerve-wracking, I’m glued to the TV,” said Ken Miyagishima. Ken set his sights on his new job as mayor Wednesday after results of a tight city election showed him with a 74-vote lead over the incumbent.

Ken Miyagishima’s election Tuesday to a fourth term leading Las Cruces, New Mexico, will extend his distinction as one of the longest-serving Asian Americans in history to lead a U.S. city. His re-election came more than 75 years after FBI agents rounded up family members including his father, Mike Miyagishima, and forced them into the internment camp in Poston, Arizona.

“I know my father was proud of me, because I was proud of him,” Miyagishima told The Associated Press after his first election since his dad died last year.

In Tucson, Arizona, voters elected Regina Romero, the daughter of farmworkers, as the first Latina mayor in the city’s history. Political newcomer Frank Whitfield, a former CEO of Lorain County Urban League, was elected the first black mayor of Elyria, Ohio. And in Reading, Pennsylvania, the state’s fifth-most populous city, Democrat Eddie Moran declared victory Tuesday in a municipality where almost two-thirds of the residents are Latino.

“Tonight, we become pioneers, and by standing on the shoulders of others before me, we are setting a new path forward for Latino leadership for decades to come,” Moran told supporters after unofficial results showed him winning. 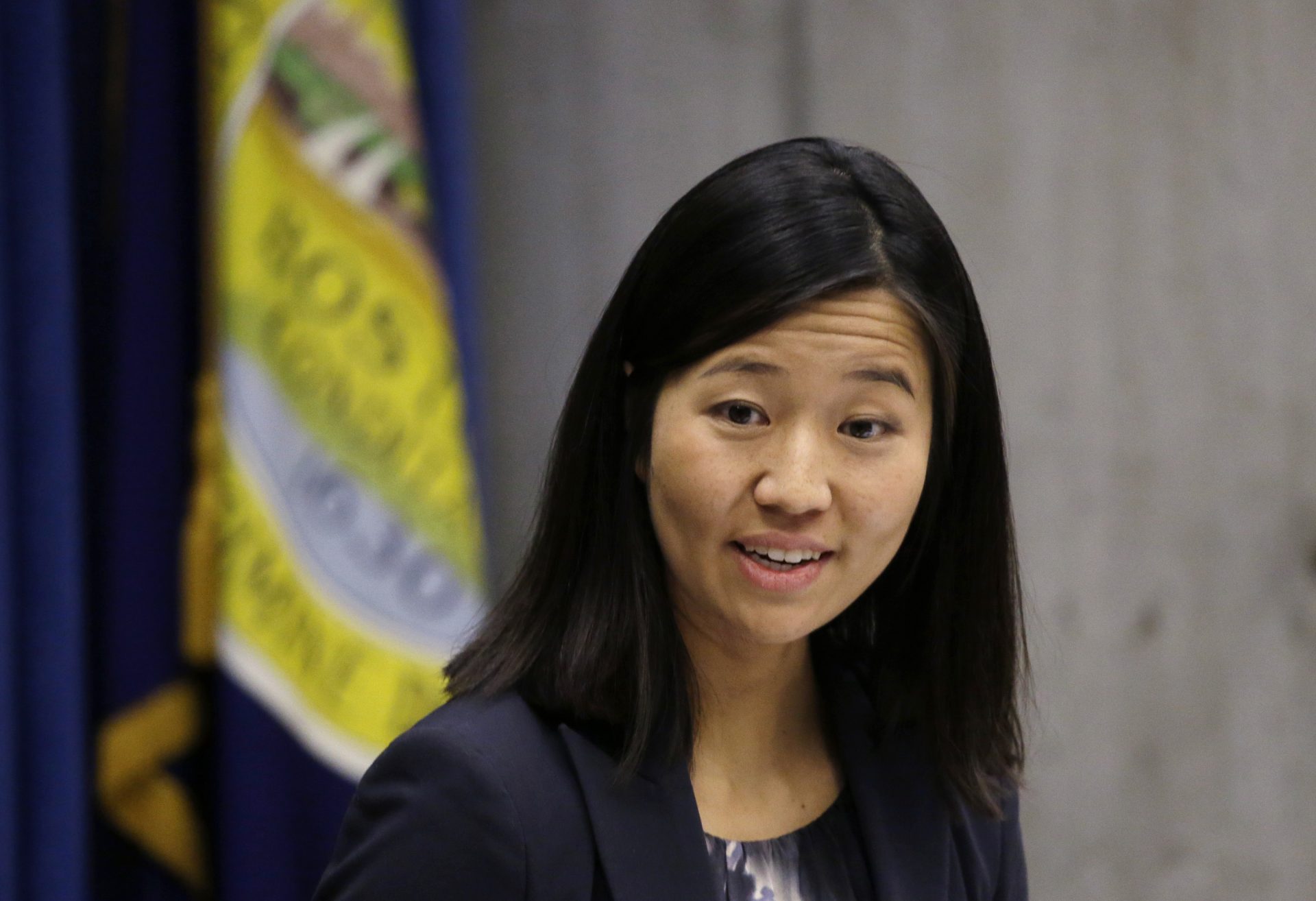 FILE PHOTO: In this Jan. 13, 2016 photo, Boston City Council President Michelle Wu presides over a meeting at City Hall in Boston. Wu made history with her election as the council’s first Asian-American president.

Voters in Boston, the site nearly 50 years ago of the nation’s most violent race riots over busing, elected the most diverse council in city history and the first with a majority of women. In Lawrence, Kansas, residents filled seats on the city school board with Carole Cadue-Blackwood, a citizen of the Kickapoo tribe, and Paula Smith, a citizen of the Sisseton Wahpeton Oyate Nation.

Sylvester Turner, Houston’s second black mayor, won the plurality of votes and appeared to be heading into a runoff against Tony Buzbee, a candidate who has raised money for Republican Donald Trump. Brad “Scarface” Jordan, a former member of the Geto Boys hip-hop group, also appeared to be headed to a City Council runoff against Carolyn Evans-Shabazz, the granddaughter of the first president of the historically black college, Prairie View A&M University.

Matt A. Barreto, a political science and Chicano studies professor at UCLA, said the victories are a result of new grassroots campaigns that focus on local races. “These campaigns are being led by people of color and younger people,” Barreto said. “And we are seeing the effects of these more diverse voices.”

Barreto said the often overlook local races were important because they set up a “bench” for future candidates seeking higher offices. “These folks are tomorrow’s state legislator, governors and members of Congress,” he said.

The gains nationwide came a month after voters in Montgomery, Alabama, elected Steven Reed as the city’s first black mayor. Montgomery had been known as the cradle of the Confederacy and home to some of the key events and leaders of the Civil Rights Movement, including Rosa Parks and Martin Luther King Jr.