Pittsburgh-area lobbyist Joseph Kuklis was accused Tuesday of defrauding his clients out of more than $100,000. He turned himself in to authorities Tuesday morning, after the Pennsylvania Attorney General’s Office charged him on four counts of theft by deception, six counts of deceptive or fraudulent business practices, and six counts of forgery.

In a statement Tuesday, the Attorney General’s Office said an investigation revealed that since 2017, Kuklis charged clients a consulting fee, promising to secure grant funding for them through the Pennsylvania Department of Economic Development. 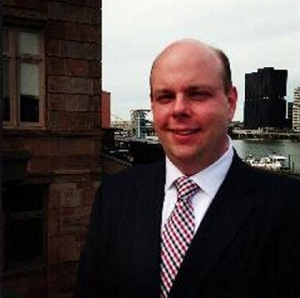 But, according to the statement, Kuklis forged documents from the department to make it appear as though clients had applied for and won grants. When the clients, all small-business owners, called to collect their awards, they learned that Kuklis had never submitted their applications.

“Small businesses are the backbone of our economy across the Commonwealth, and they deserve to be supported, not scammed,” Attorney General Josh Shapiro said in the statement. “The defendant falsely promised small business owners that he would obtain badly-needed grant money for them, but instead he used their money to line his own pockets.”

Kuklis is president and CEO of the Pittsburgh-based lobbying firm, Wellington Strategies. And in recent years, local clients have included the Allegheny County Library Association and Phipps Conservatory. He has also worked with robotics company RE2, automated forklift firm Seegrid Corporation, and WESCO, which supplies and maintains electrical and communications systems for businesses.

None of those clients were named in charging documents against Kuklis.

Under the lobbyist’s leadership, Wellington Strategies “has successfully raised over $900 million in public and private funds for its clients,” according to the firm’s website, which has been taken down.

The website noted that Kuklis previously served as the Deputy State Director for former Republican U.S. Sen. Rick Santorum, who represented Pennsylvania in the Senate from 1995 to 2007.

Kuklis also wrote a book, called The Robin Hood of D.C., in 2013. In the text, Kuklis shares personal anecdotes and case studies to help readers navigate the lobbying process in the nation’s capital.

The book received praise from Santorum.

“Kuklis combined his passion for public service with his entrepreneurial spirit to create an innovative way to influence public policy,” the former Senator wrote in an editorial review. “His understanding of the government and politics detailed in this book is instructive for big and small organizations alike.”

In its statement Tuesday, the Attorney General’s Office said its investigation of Kuklis “is ongoing, and there may be additional victims.”

It asked small business owners who think they might have been victims of Kuklis to call the prosecutor’s office at 412-880-0464.