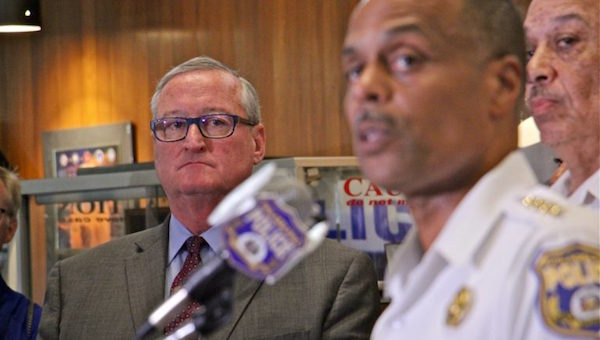 The city of Philadelphia spent $25,000 to find out if city police were exercising their right to free speech or just blasting hate when they posted offensive comments on Facebook.

Center City law firm Ballard Spahr was awarded the $25k no-bid contract to perform an expedited review of thousands of posts by 323 active-duty Philadelphia officers flagged in a database of bigoted or otherwise problematic Facebook posts.

That legal review was a critical step in handling a controversy that has already seen 72 police placed on desk duty and 13 set for dismissal as a result of their postings, said Mike Dunn, a city spokesperson.

“The city contracted with Ballard Spahr specifically to conduct the First Amendment analysis for each of the posts and advise the city on whether or not an officer could claim that the posts were constitutionally protected speech,” Dunn said. “As a government employer, there are First Amendment implications when the city disciplines employees because of their speech.”

Dunn said Ballard was chosen out of several firms that have existing contracts with the city. City codes do not require competitive bidding for contracts of less than $34,000 in value, but the controversy surrounding the release of the database also called for expediency, Dunn said. A no-bid contract was the fastest way to go.

“We needed to get this done quickly. It would have been wholly irresponsible to add weeks or months to the PPD’s resolution of the matter,” Dunn said. “Such a delay would have interfered with police operations and exacerbated tensions in our communities.”

In a city that routinely pays out six-figure settlements to victims of alleged police brutality, the $25,000 itself is a drop in the bucket. But defense attorney Troy Wilson predicted this was only the beginning of the city’s legal expenses connected to the so-called “Facebook cops.”

“This could potentially be the tip of the iceberg. If Krasner decides to throw out some of these officers’ old cases, it would allow former criminal defendants to become civil plaintiffs in lawsuits against the city,” he said. “And the city would be settling those suits with taxpayer money, unfortunately.”

City solicitor Marcel Pratt said the city was prepared for that eventuality.

“It’s possible. And we’ll have to deal with it when it happens,” he said.

Wilson commended the city for moving quickly and taking the initiative to retain an outside firm to conduct an independent review. However, he said he would have preferred for the city to pick a more diverse panel to review the content of the posts.

“When I heard that it was Ballard, I said ‘Hold up. That’s a lily-white law firm,'” Wilson said. “You have a largely a group of white men investigating part of this situation that affects Muslims, African-Americans, and other groups…Let’s get some diversity.”