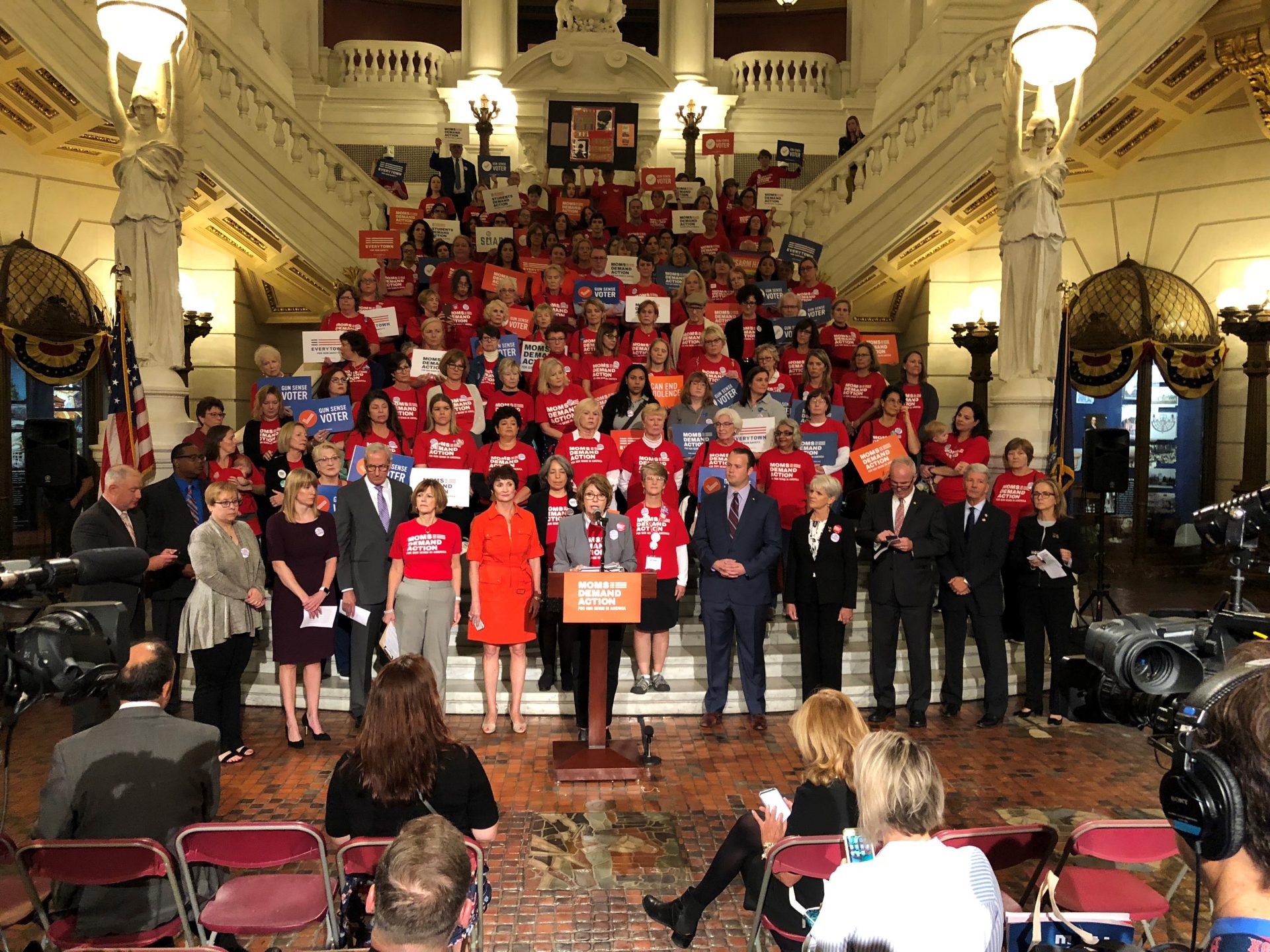 (Harrisburg) — Fresh from a victory in Pennsylvania last fall, anti-gun violence advocates are turning their attention to legislation to empower family members or police to ask a judge to order the immediate, if temporary, seizure of someone’s firearms.

Moms Demand Action for Gun Sense in America went to the state Capitol on Monday to press the case for the bill, which creates an “extreme risk protection order” for someone who’s deemed to represent a danger of suicide or to another person.

Everytown for Gun Safety says 14 states have similar laws. Joining activists was the brother of a victim of last year’s mass school shooting in Parkland, Florida.

Last year, Pennsylvania lawmakers passed legislation to force people with a domestic violence ruling against them to more quickly surrender their guns.