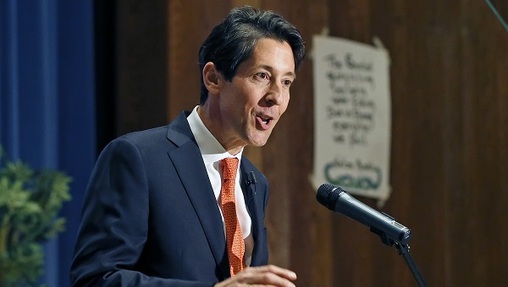 (Harrisburg) – An Oxford University professor tasked with tracking spending in Pennsylvania’s pension system has concluded that the commonwealth’s two largest public funds have underreported billions of dollars they paid to private investors.

The review was undertaken at the behest of a commission of lawmakers and state officials, who are trying to find ways to ease the massive debt these funds are carrying.

Sometimes they invest it with private equity firms. That can be lucrative, but the investments are typically riskier and more expensive than traditional ones, which has led state officials to question whether they’re a waste of valuable resources.

Treasurer Joe Torsella said the commission has repeatedly requested records to figure out how much the pension funds pay private investors, but have largely been denied.

Now, Dr. Ludovic Phalippou, Assistant Professor of Finance at Oxford, estimates the funds have underreported the money paid to private equity firms by a third over the last decade. That’s $3.8 billion the state didn’t know about.

The commission’s review of the funds is still ongoing, and Torsella said he’s not necessarily saying SERS and PSERS should fully stop investing in private equity. But he does think transparency has to improve.

“One of the disturbing things I heard this morning was that the consultants who were brought in to help the commission do its work couldn’t get access to the data on what the performance is and what we’re spending,” he said. “That’s just unacceptable.”

But the size of the unfunded liability SERS and PSERS are carrying–somewhere around $70 billion–means the money to pay thousands of public pensions isn’t there right now. So in order to get that money together, the state has spent years scraping the bottoms of lots of different financial barrels.

“We struggle with budgets as a result of the massive pension debt that we’ve got,” he said. “Doesn’t’ it only make sense that we’ve formed this commission to make sure that the costs aren’t exorbitant and that the returns are fair?”

Auditor General Eugene DePasquale expressed outrage at the money being spent on private investments, saying in a statement that he is “sick and tired of learning about fuzzy contracts that leave taxpayers holding the bag while Wall Street sharks get rich.”

He indicated he plans to take some form of action on the issue himself.

Reached for comment, spokespeople for both SERS and PSERS said the funds are working to reduce the amount of money that goes to private managers.

Earlier this year, the SERS board directed passed a motion directing its staff to request that investment managers of private equity funds and real estate funds adopt a widely used disclosure procedure known as Institutional Limited Partners Association, or ILPA.

However, spokeswoman Pamela Hile said SERS is still not tracking carried interest, which made up a significant portion of the unreported payments to private equity firms. She maintained, “our reporting process follows industry standards and is more transparent than many other state public pension plans.”

PSERS has gone slightly further to increase transparency. It has already adopted ILPA, and spokeswoman Evelyn Williams said the fund will be presenting its first-ever report tracking carried interest at next month’s board meeting.

Williams took issue with the Torsella’s characterization of the fund’s responses to information requests. She said PSERS ignored none of the requests, and “contrary to today’s comments, in fact we have cooperated with the Commission and Treasurer requests for information.”