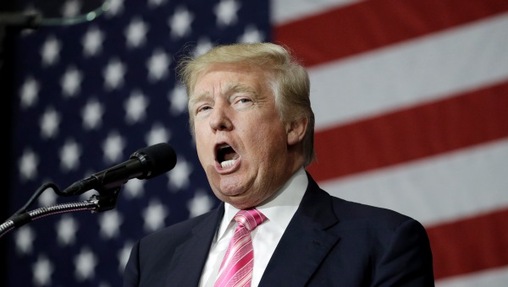 This will be Trump’s first visit to the Flight 93 memorial as president. (Photo by AP)

(Shanksville) — President Donald Trump is slated to visit to Somerset County later today to mark the 17th anniversary of the September 11th attacks.

He’ll speak at the Flight 93 National Memorial, near the spot where the jetliner crashed after passengers and crew rebelled against four hijackers.

This is Trump’s first visit to the memorial as president.

Two days ago, the final major feature of the park was dedicated to honor the 40 passengers and crew killed on Flight 93.

The Tower of Voices is a 93-foot-tall sculpture that’ll hold a wind chime for each of those lost.

Gordie Felt, who heads the Families of Flight 93 and lost his oldest brother Edward in the crash, said finishing the park has been incredibly personal.

“Family members that lost loved ones, neighbors that had a plane come down in their backyard were involved in that process of creating this memorial,” he said.

On behalf of the Families of Flight 93, Felt said they’re “honored President Trump will be in attendance.”

The president is expected to be joined by several other high-profile speakers, including Interior Secretary Ryan Zinke and Governor Tom Wolf.