Avengers roll out of Letterkenny on way to troops in Europe 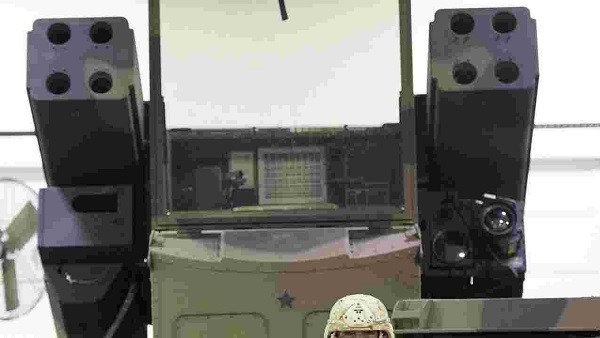 (Chambersburg) — Letterkenny Army Depot in Franklin County has rolled out the first 36 Avengers in a program to rearm Army units in Europe with mobile air defense systems.

Workers are resurrecting up to 72 Avenger systems from Letterkenny’s “boneyard” to the battlefield, according to Letterkenny spokeswoman Janet Gardner.

Col. Greg Brady, chief of the Army headquarters Fire Division, said his staff heard rumors of Avengers in various stages of disrepair  in “the boneyard” at Letterkenny. They found the discarded Avengers and laid out the vision for him.

“A vision without resources is only hallucination,” Brady said. “The long time strategic competitions with China and Russia are the principle priorities of the department and require both increased and sustained investment because of the magnitude of the threats they pose to U.S. security.”

Letterkenny is supporting the European Deterrence Initiative that aims to improve the readiness of forces in Europe. The EDI budget this year is $4.7 billion. The program was started in 2014 to deter Russian aggression and to reassure U.S. allies.

The EDI is one of the army’s top priorities, according to Col. Stephen Ledbetter, Letterkenny commander.

A photo provided by LEAD shows a tree growing through an Avenger while it sat in the ‘Boneyard.” The European Deterrence Initiative Rollout ceremony recognized the Avenger program. (Photo: Letterkenny Army Depot/courtesy)

The Avenger, the Army’s only fully mobile air defense system, is mounted on a turret on a Humvee. Its two-man crew can fire up to eight Stinger missiles from two pods.

The Army last year had nine Mobile Short-Range Air Defense systems, down from 26 in 2004, according to Jane’s Defence Weekly.  Seven of the Avengers were operated by Army National Guard units.

A photo provided by LEAD shows an Avenger rebuild underway. The European Deterrence Initiative Rollout ceremony recognized the Avenger program which will rebuild up to 72 air defense systems, taking them from the LEAD “boneyard” to the battlefield. (Photo: Letterkenny Army Depot/courtesy)

Inside Defense reported that Lt. Gen. James Dickinson, commander of the Space and Missile Defense Command/Army Forces Strategic Command, said in February that the Army is ahead of schedule to deliver two Avengers to Europe this year.

The Avenger can be used to protect convoys, command posts and airfields, Gardner said. Aircraft as small as the C-130 Hercules and UH60L Blackhawk helicopter can transport the unit. Because the system is not armored, Avenger does not support armored units.

The Avenger is equipped with advanced technology:

Boeing, the prime contractor for the system, recently won a $40 million Defense contract to support Avengers in Iraq. Work locations have not been determined. The contract will run through 2022.

A group gathers for a photo at the end of the European Deterrence Initiative Rollout ceremony. The event recognized the Avenger program which will rebuild up to 72 mobile air defense systems. (Photo: Markell DeLoatch, Public Opinion)

This article is part of a content-sharing partnership between Chambersburg Public Opinion and WITF.

Student walkouts on gun violence: 'We just want everyone to feel safe'