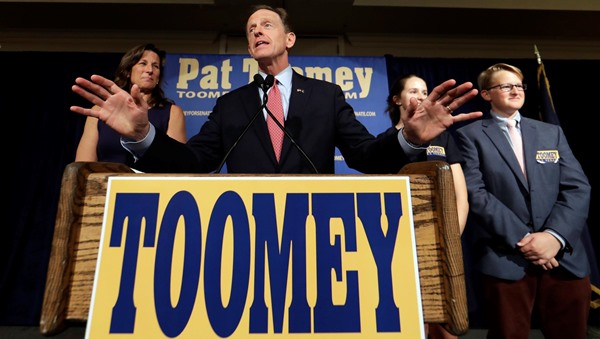 (Harrisburg) — Donald Trump wasn’t the only Republican to get a big win in Pennsylvania in 2016.

Toomey ended up as the victor, and celebrated late on Election Night.

“Thank you very much, thank you so much…it’s been an interesting night,” he said, as cheers rang through a hotel conference room.

Toomey won even though outside liberal groups spent far more money than conservative ones.

The race was the most expensive Senate race in US history, with more than $162 million spent.

Toomey’s campaign portrayed him as a moderate, but the nonpartisan GovTrack actually rates him as more conservative than Republican senators from deep red states like South Carolina’s Lindsey Graham and Tennessee’s Lamar Alexander.

He told his supporters he believes in traditional Republican principles.

Toomey is a former Wall Street banker who also ran the anti-tax group the Club for Growth.

In his election night speech, he was highlighting how he’ll conduct himself over the next six years. 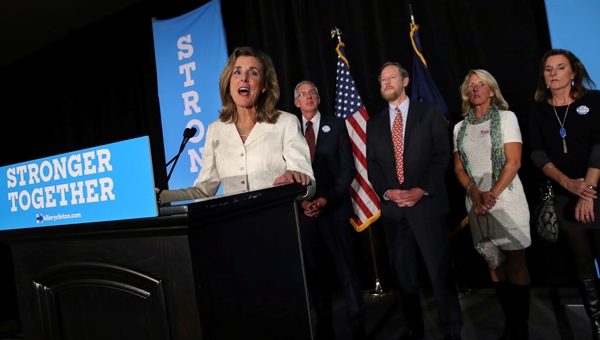 Meanwhile, Katie McGinty, who left Governor Tom Wolf’s office to run for the seat, told her supporters in her concession speech she’s not done.

“Now even though we’re not able to continue the exact journey that we thought we might be on, look, we’re not going to stop fighting for the issues that we care about.”

She added: “I look forward to tomorrow and being able to make some contribution for the great and good people that we are blessed to call neighbors, friends, and fellow countrymen.”

Libertarian candidate Edward Clifford – who got little attention ahead of the general election – captured nearly 4 percent of the votes.

McGinty’s loss to Toomey made it official: Republicans will control the US Senate for at least the next two years.