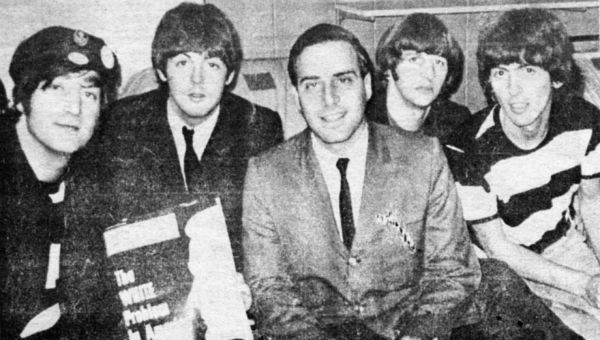 It’s been more than 50 years since the Beatles first set foot in America.  It’s not an exxageration to say no act during the rock and roll era has endured as well and is revered as much as John, Paul, George and Ringo.

Director Ron Howard released his much anticipated film Eight Days a Week: The Touring Years last week.  It chronicles the group’s concerts and tours throughout the U.S. and overseas in the mid-60s.

Philadelphia TV journalist Larry Kane, who was working in radio at the time, was the only American reporter to follow the Beatles to every stop on their tours in 1964 and 1965.  He appears throughout the movie.

Kane also has written two books about his time with the Beatles.  His last one When They Were Boys came out two years ago.  At that time Kane was on Smart Talk.

You’ll get to hear that conversation on Thursday’s Smart Talk.

Also, we’ve heard many times that Pennsylvania is one of the key states in the presidential race so when a poll of voters in the state comes out, it’s big news.  The latest poll from The Morning Call and Muhlenberg College has Democrat Hillary Clinton Leading Republican Donald Trump by nine points in a poll of likely voters.

Dr. Christopher Borick, the Director of Muhlenberg College’s Institute of Public Opinion gives us his take on the poll results and where the campaigns stand in Pennsylvania.