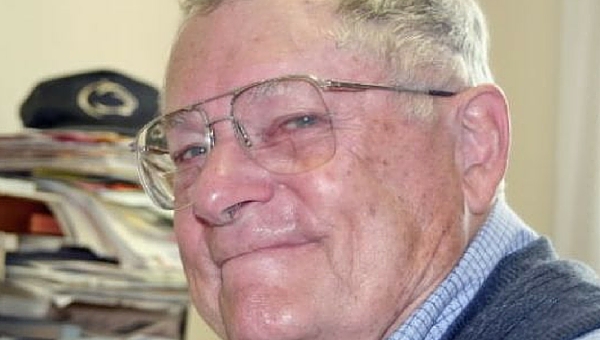 He would take his time. Even when he was playing in big bands, and ran his own band, he would show up for gigs when he would show up. For years, he would go to the Wisehaven Swimming Pool in Springettsbury Township and swim laps.

“I can’t imagine they were fast laps,” his old friend and fellow trumpet player Chuck Long, a York attorney, said. “He was never in a hurry. He never got flustered about anything.”

His laid-back attitude helped during his time on the York Fair board. For many of the 36 years he served on the board – he joined in 1980 – he booked the grandstand entertainment for the fair, and sometimes, when bands had to cancel at the last minute, due to illness, natural or self-inflicted, he would amble onto the stage and make the announcement that the show was canceled.

“He always knew exactly what to say,” said Gene Schenck, who served with Ottemiller on the fair board for years.

He once booked Alice Cooper’s “Theater of Death Tour” in 2009, saying after the show that it was, maybe, a little more gruesome and over-the-top than concerts that usually played the fair.

“(Cooper) is a little further out there than most styles we usually present,” Ottemiller said at the time.

Ottemiller, who died Tuesday at York Hospital at age 87, had been a musician himself most of his life, playing through school with the York High Band. He was a member of the Penn State Blue Band and after college, played in Bob Harry’s big band with Long.

He had his own band for a while and then took over the Spring Garden Band. He also played with the York Symphony. His degree was in industrial engineering — he worked at his family’s business, William H. Ottemiller, a machine shop on Pattison Street in York — but his passion was music.

He had to deal with a lot when booking bands at the York Fair. He had some stories, like the one when he booked Johnny Cash and the Man in Black had too much to drink and couldn’t leave his hotel room at the Yorktowne. Ottemiller was the one who took the stage and told the crowd that Cash was feeling a bit under the weather that night and had canceled the show.

Another favorite story of his involved country music legend George Jones. In 1980, Jones, who had a powerful affinity for distilled beverages, was touring with his ex-wife Tammy Wynette. The show was supposed to begin with Wynette singing a couple of numbers and then bringing Jones out to join her on stage.

The show was going as scripted, but 10 minutes or so into Jones’ set, he abruptly walked off stage, got into his tour bus and left the fairgrounds.

In his usual understated manner, Ottemiller said, “He was having some problems back then.”

Another of his favorite stories involved ’80s hearthrob Rick Springfield. Like a lot of artists, Springfield had a rider to his performance contract, asking for special amenities backstage. One of them was he demanded that part of the parking lot be cleared behind the stage so he’d have a place to jog. Springfield, Ottemiller said, was “difficult.”

Ottemiller was a fixture at the fair, and he loved it. His only regret, he’d say often, was that it usually meant missing two Penn State football games. He was a huge and knowledgeable fan and a season-ticket holder for decades.

His wife, Joyce (Fitzkee) Ottemiller, passed away in 2012. And lately, he had had some health issues, and his eyesight was failing him. He still went to fair board meetings, catching a ride with Schenck to the fairgrounds.

This article is part of a content-sharing partnership between York Daily Record and WITF.