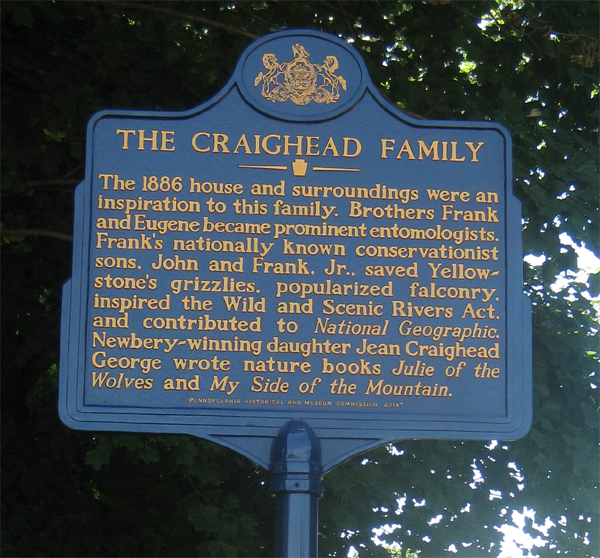 The Craighead family was among the first settlers in Cumberland County. Reverend Thomas Craighead, from whom all the Craigheads in America are descended, brought his wife, children and sister to the county in the 1730’s. They settled along the Yellow Breeches Creek where the stream makes a 90 degree bend. The location is now along Rt. 174, west of Boiling Springs in South Middleton Township.

Tom Benjey knows a lot about the Craighead family, and can regale you with tales of their lives, such as how the Reverend died in his pulpit, waving farewell to his congregation.

Benjey is writing a book about the family, focusing mainly on two generations of Craigheads, many of whom had outstanding careers as naturalists. He is also involved as volunteer with the Craighead House Committee Corporation, working to save and restore an 1886 late-Victorian style house along the Yellow Breeches, not far from where the original Craighead homestead was located. The house was built by Charles Craighead for his bride, Agnes. 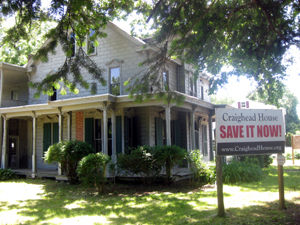 By the 1930’s this house had become the summer home for the next generation of Craigheads, particularly Charles’ two sons, Frank and Eugene, both of who were entomologists.

Frank’s two sons were identical twins, Frank Jr. and John. Their careers as nationally known naturalists are full of notable accomplishments. The twins undertook a 12-year study of the grizzlies in Yellowstone National Park which helped save the species from extinction. They helped enact the Wild and Scenic Rivers Act, preserving many important U.S. rivers. And in their teens, they helped popularize the sport of falconry in America, at a time when it was virtually unknown in this country. Much of their falcon training took place when they were spending their summers in the home along the Yellow Breeches, which they chronicled later in an article for National Geographic.

The twins had a sister, Jean. Jean Craighead George became an acclaimed writer of novels about nature for young adults. She was honored by Newbery for two of her books, Julie of the Wolves and My Side of the Mountain, which was also made into a movie. Jean began her writing career in the old Victorian style house. 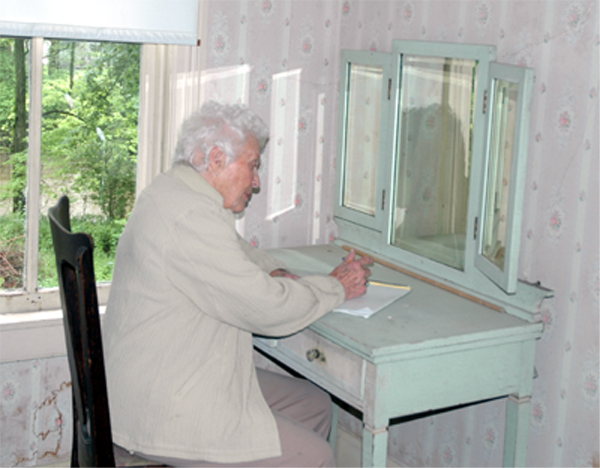 Jean Craighead George at the writing desk she used as a girl in the summer home.

Before Jean Craighead George died in 2012, she expressed her wish that the home where she spent so many happy summers could be preserved. She posed for a photo for Tom Benjey sitting at the vanity she had converted into her writing desk as a girl.

The house has been designated as eligible for listing on the national register of historic places. Cumberland County has presented a plaque and designated it as a historical place. The Pennsylvania State Historical Commission has just erected a historical marker in front of the house.

A number of groups have made contributions to start restoration on the house. And a new edition of Jean Craighead George’s book, The Summer of the Falcon is being sold to help raise money. The novel is set in the old house, a work of fiction, but based on the family and events of summers in the home. It is available for a donation of $10. All donations, large and small, are appreciated by the group. The address is:

To learn more about Pennsylvania’s historical marker program, go to the Pennsylvania Historical and Museum Commission’s web site. There you will find a listing of all the state’s markers, along with locations and texts, and information about the process for nominating new markers.