Proud Boys leader Enrique Tarrio wears a hat that says The War Boys and smokes a cigarette at a rally in Delta Park on Sept. 26, 2020, in Portland, Ore. 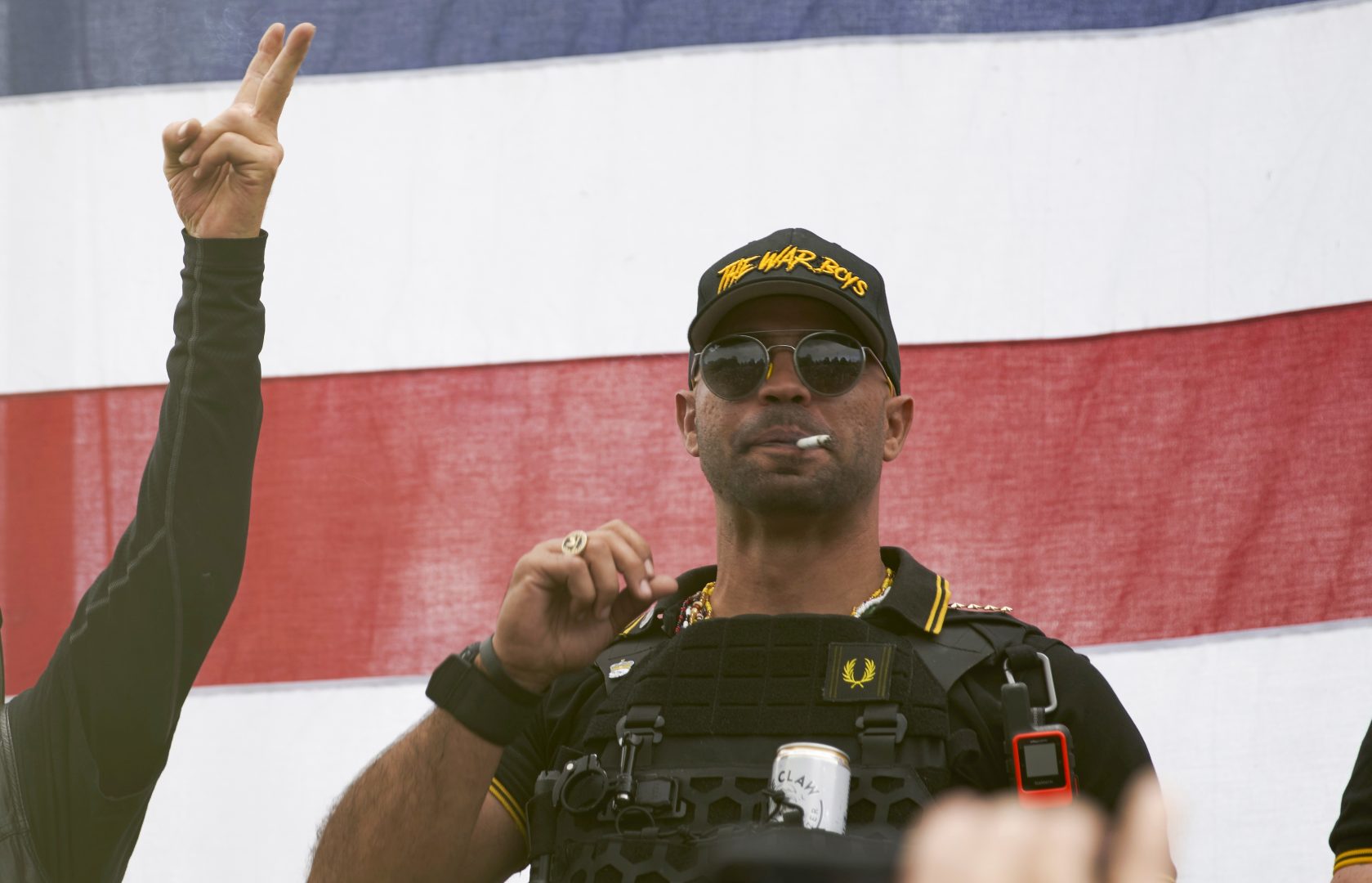 Proud Boys leader Enrique Tarrio wears a hat that says The War Boys and smokes a cigarette at a rally in Delta Park on Sept. 26, 2020, in Portland, Ore.

The month before the riot at the U.S. Capitol, members of the Proud Boys were growing increasingly angry about the outcome of the 2020 election and were expecting a “civil war,” a former member told jurors on Tuesday as he took the stand in the seditious conspiracy case against the group’s former leader.

Matthew Greene testified in the case against former Proud Boys national chairman Enrique Tarrio and four lieutenants under a cooperation deal with the government after pleading guilty to storming the Capitol on Jan. 6, 2021, with fellow extremists.

Greene told jurors that the Proud Boys’ conversations became more heated as December 2020 wore on and challenges to President Donald Trump’s election loss were unsuccessful. The Proud Boys were getting “ready and willing for anything that was going to happen,” Greene said, adding that the group saw itself as “essentially the tip of the spear.”

“We were openly expecting a civil war at that point,” Greene said. 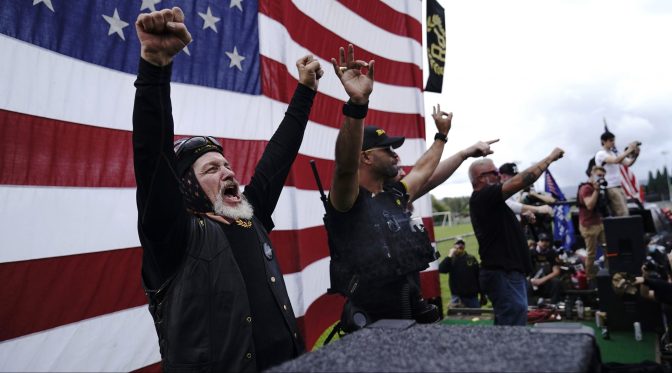 In this Sept. 26, 2020 file photo, members of the Proud Boys, including leader Enrique Tarrio, second from left, gesture and cheer on stage as they and other right-wing demonstrators rally in Portland, Ore.

Greene is the first Proud Boys cooperator to take the stand in the case accusing Tarrio and associates of plotting to forcibly stop the transfer of power from Trump to President Joe Biden. He was the first Proud Boys member in December 2021 to publicly plead guilty to conspiring with others to stop Congress from certifying the Electoral College vote. He’s cooperating with prosecutors in the hopes of getting a lighter sentence.

Prosecutors allege that members of the Proud Boys carried out a coordinated attack on the Capitol in a desperate attempt to keep Trump in power. It’s one of the most consequential cases to emerge from the Justice Department’s sprawling Jan. 6 investigation.

The other co-defendants are Joseph Biggs, of Ormond Beach, Florida, a self-described Proud Boys organizer; Zachary Rehl, who was president of the Proud Boys chapter in Philadelphia; and Dominic Pezzola, a Proud Boys member from Rochester, New York.

Defense attorneys say there is no evidence that the Proud Boys plotted to attack the Capitol and stop Congress from certifying the Electoral College vote on Jan. 6. A lawyer for Tarrio has acknowledged that the former chairman and other self-described “Western chauvinists” in the Proud Boys shared “offensive” messages, but said it was Trump who unleashed the mob that attacked the Capitol.

Greene, who was a new recruit to the Proud Boys on Jan. 6 and says he has since left the group, said he didn’t know of any specific plan to storm the Capitol. He said leaders didn’t overtly encourage members to use force, but when it did happen it was celebrated.

“My expectation was, if there was violence started, you should not back down,” he said. 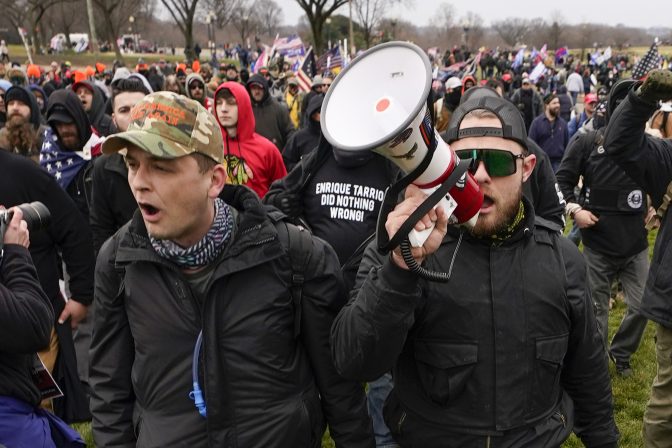 Tarrio, who’s from Miami, wasn’t in Washington on Jan. 6 because he was arrested two days before the riot and charged with vandalizing a Black Lives Matter banner at a historic Black church during a protest in December 2020. He was ordered to leave the capital, but prosecutors say he remained engaged in the extremist group’s planning for Jan. 6.

Others who may testify against Tarrio include Jeremy Bertino, the only Proud Boy who has pleaded guilty to seditious conspiracy. A statement of offense filed in court says that Bertino understood the Proud Boys’ goal in traveling to Washington was to stop the certification Biden’s victory and that the group was prepared to use force and violence if necessary to do so.

Greene traveled from Syracuse, New York, to Washington, with other Proud Boys on Jan. 5 and was at the front of the mob on Jan. 6 when police began using pepper spray and other crowd-control measures.

One of those was Pezzola, who is accused of wrestling a police riot shield away from an officer and later smashing a Capitol window. Greene was with him around the time that happened, but soon after began having second thoughts and turned back, he testified. He didn’t see Pezzola again until much later that day.