LaFayette at Brandywine author tells the story of an American hero 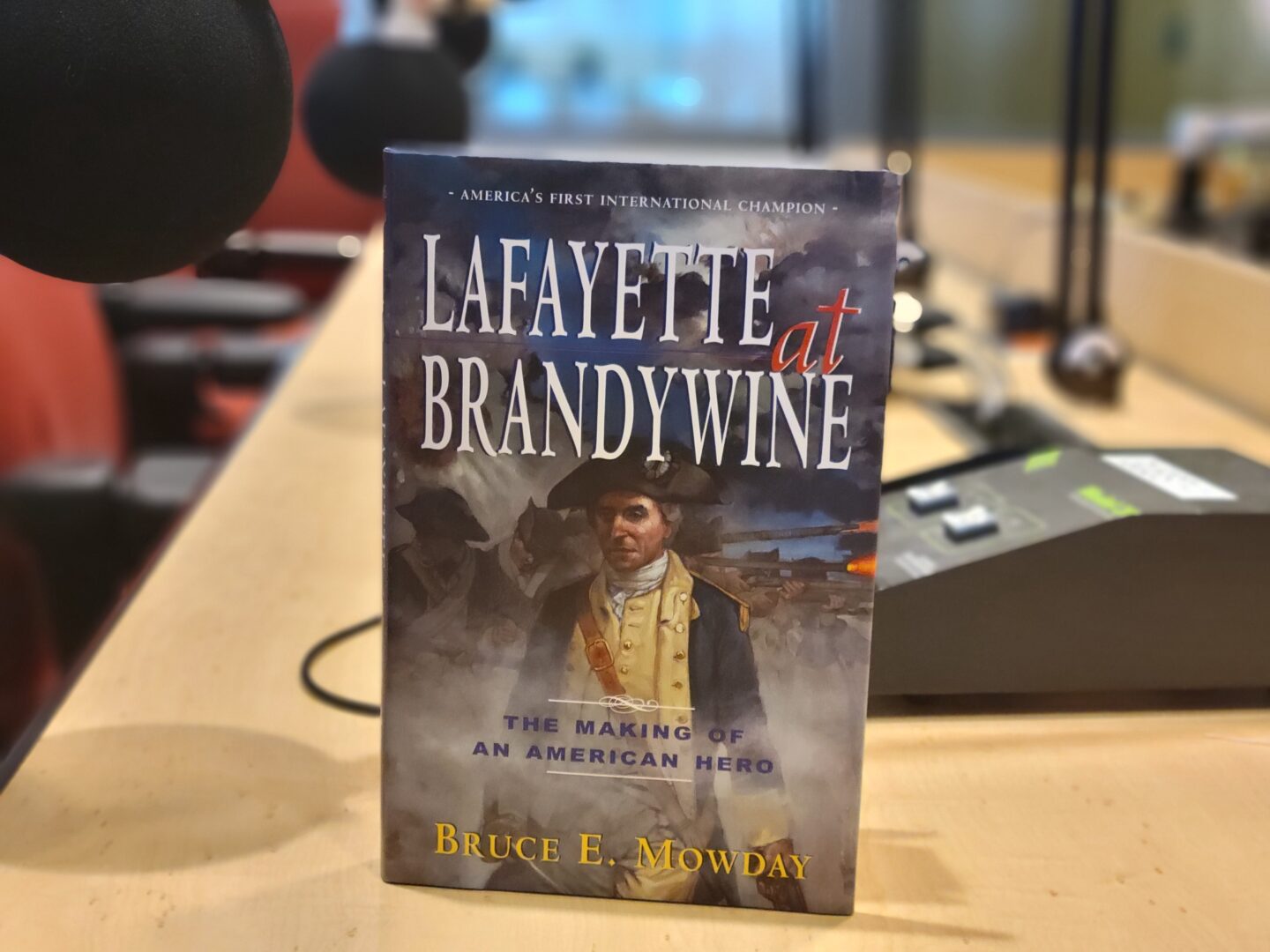 Two-hundred-forty years after the end of the American Revolution, the history we hear about is often just a thumbnail sketch. Declaration of Independence, Washington crossing the Delaware, Valley Forge and victory at Yorktown. That history seems to be fading.

Along those lines, one of the heroes of American independence doesn’t get the attention today that he deserves.

The Marquis de Lafayette is remembered for coming to America as a 20-year-old and helping to bring France into the war, but Lafayette was so much more.

Author Bruce Mowday has written a book about Lafayette’s role – called LaFayette at Brandywine – The Making of an American Hero. Bruce Mowday was on The Spark Tuesday.

Mowday writes that LaFayette became very close to Continental Army Commander Gen. George Washington and Washington trusted LaFayette with more reponsibility. LaFayette ended up being involved and leading American troops in many of the significant campaigns of the Revolution all the way up until victory at Yorktown, “He almost was the commander of Monmouth right after Valley Forge but Gen. (Harry) Lee stepped in and took it away from him. But as he went along, as he gained experience, Washington really, really put more emphasis on him giving more responsibility. And towards the end of the first fighting season for him. He went back to to France to help. The French came to recognize it. But when he came back, he was with Washington with the French forces and he was the one that kind of smoothed over any difficulties. He was with Washington at West Point when the great traitor tried to give away West Point to the British and actually Washington sent Lafayette to Virginia. And one of the directives was, if you find that Benedict old just hang him, don’t worry about niceties, don’t worry about a trial. He’s the Great Satan. He was the great traitor. Just go ahead and do it.” 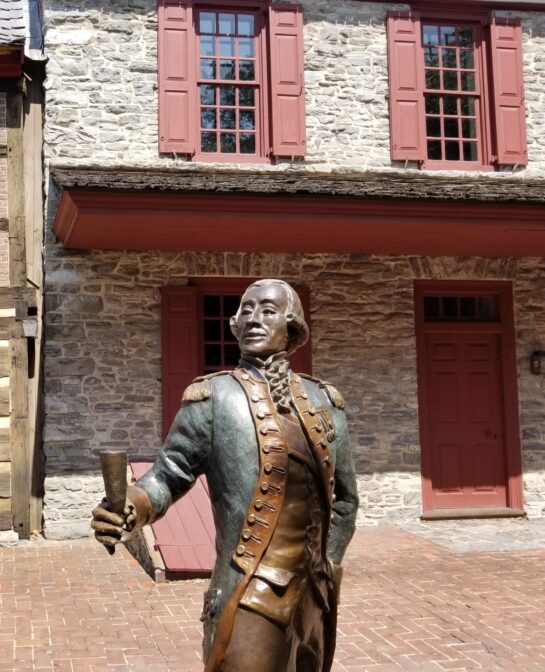 Statue of LaFayette in York.

The British were creating havoc in the south in 1781. Washington entrusted Lafayette along with a few other generals,”LaFayette was down there basically by himself and some militia and was told, look, you got to keep (British General) Cornwallis at bay, don’t get in a major fight or clean he’ll your clock, but do what you can to contain him. And that’s how the campaign (Yorktown) really kind of started.”

LaFayette was hailed as an American hero throughout his lifetime but made a triumphant tour of the United States in 1824 and 1825,”You would not see that today. There is nobody around that would’ve gotten this. President Monroe thought we really need to do something for him. You had the 50th anniversary of the country coming up. Congress said bring him over as our national guest. And it was just amazing. He was only supposed to be here for four months. But New York City, thousands and thousands all the way up through New England, Boston, Philadelphia, Washington. People just showed up. They wanted to greet him. They stood in the rain to come up to see him. The speeches, dinners, everything. At the end of that year, he was going to go back (to France) and every other state said, you can’t go back. We want you to visit. So we extended it for a total 13 months.”

What's new this tax season and what do taxpayers need to know before filing this year?