Josh Shapiro is sworn in as Pennsylvania's 48th governor on Tuesday, Jan. 17, 2023, at the state Capitol in Harrisburg, Pa.

States like Virginia, Maryland and New Jersey have such laws, as do cities including New York and Philadelphia, where city officials also cap the amount that an individual donor can give to an inauguration. 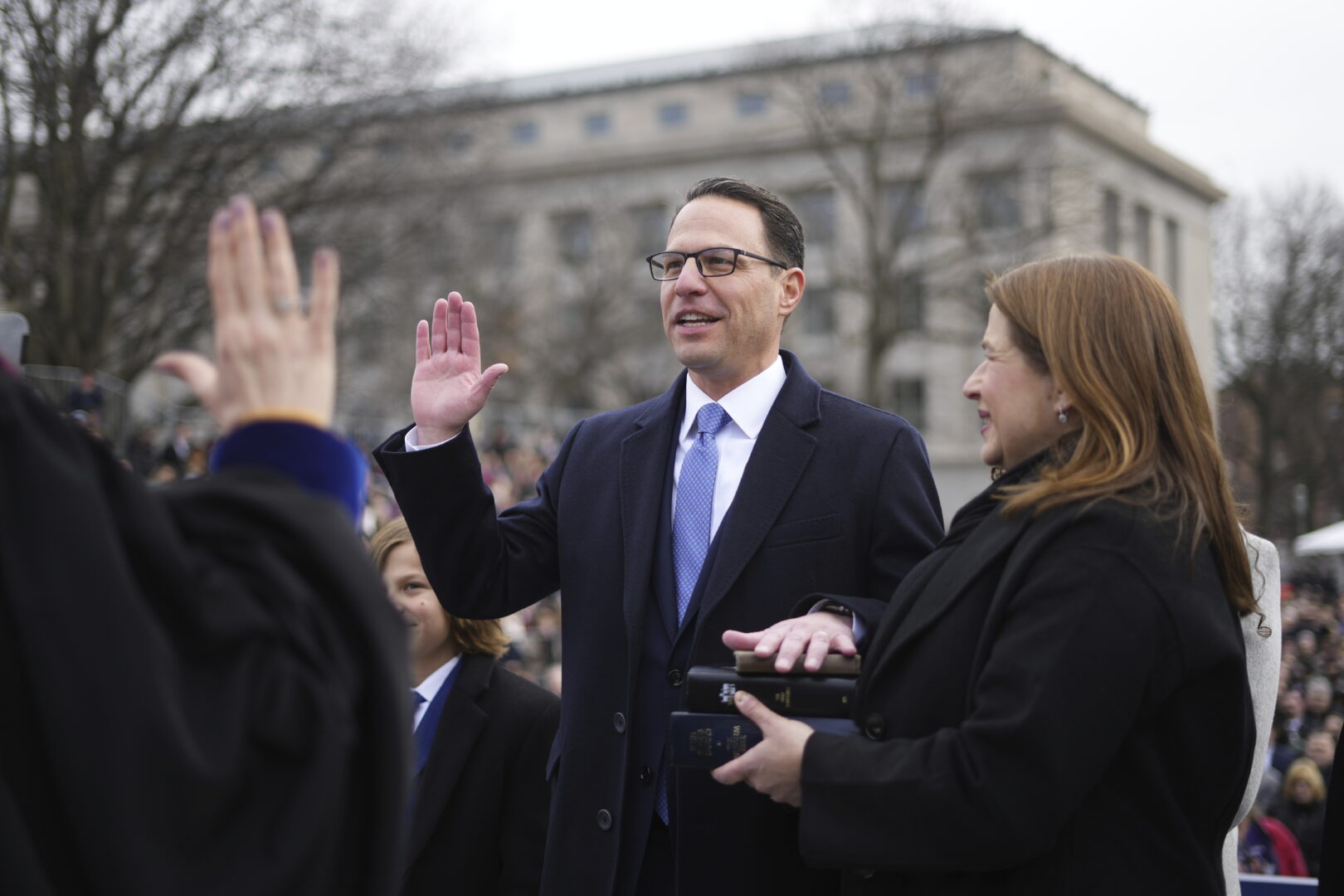 Josh Shapiro is sworn in as Pennsylvania's 48th governor on Tuesday, Jan. 17, 2023, at the state Capitol in Harrisburg, Pa.

The refusal thus far of Gov. Josh Shapiro to disclose who paid for his glitzy inaugural bash has exposed the gap in state law that lets governors in Pennsylvania escape the kind of transparency that is sometimes required elsewhere.

Presidential inaugural committees are required by federal law to disclose donors who give over $200 to inaugural celebrations. States like Virginia, Maryland and New Jersey have such laws, as do cities including New York and Philadelphia, where city officials also cap the amount that an individual donor can give to an inauguration.

Many other states have no such disclosure laws, and millions of dollars can be given secretly by donors who seek favorable treatment under state regulations, have contracts before state government or who rely on state government for subsidies. 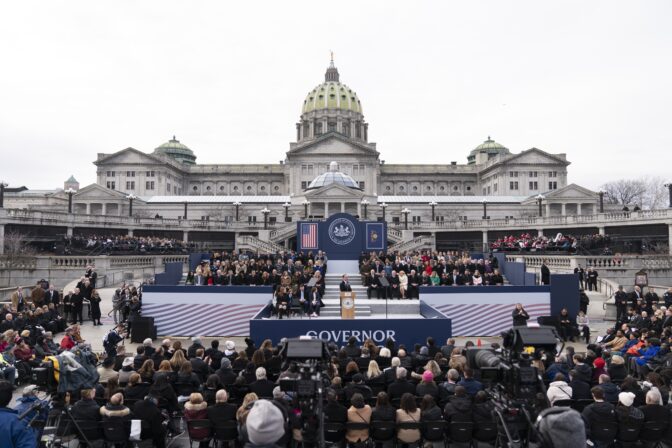 “The whole goal here is to prevent corruption, or even the appearance of corruption,” McKean said. “That’s how we build confidence in our elected officials and our government.”

Nobody, he said, “is giving this money just for fun.”

Asked about the donors at an unrelated news conference last week, Shapiro, a Democrat, made no commitment to identify them.

“We’re going to follow all of the laws required with reporting and disclosure and that’s the approach we’re going to take,” Shapiro said.

No law requires such disclosure. But not disclosing who paid for it sets Shapiro apart from predecessors in Pennsylvania.

In states that do not regulate inaugural celebration donations, fundraising is typically set up and run by a governor’s aides, allies or a party organization.

Governors have, in some cases, disclosed inaugural donors, although sometimes they do it grudgingly and only after sustaining public criticism.

In Florida, where Republican Gov. Ron DeSantis won a second term, the Republican Party of Florida raised money for his inaugural party — with sponsorship packages topping out at $1 million — and filed a campaign finance report disclosing more than $10 million in donations in November and December.

In Texas, the Texas Inaugural Committee releases donors, but the Texas Tribune sued — successfully — to get details on how $5.3 million was spent on the 2019 event.

In Shapiro’s case, he named top campaign aides to run his inaugural committee and organized it as a nonprofit 501c(4) organization under federal tax laws that do not require the disclosure of donors or limit who can give or donation amounts.

Shapiro’s aides did not respond to questions asking why he chose not to disclose the identities of donors. 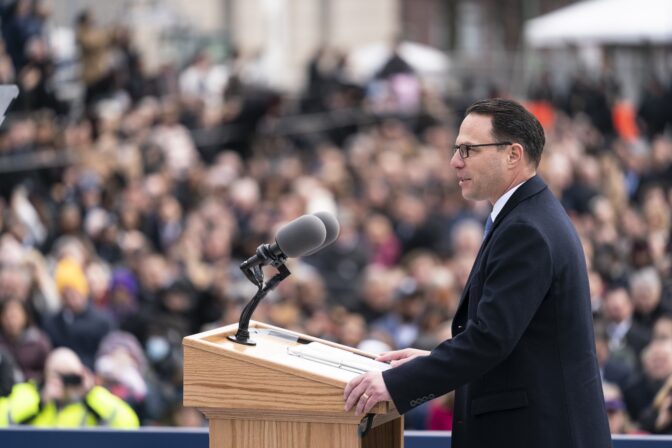 In Shapiro’s fundraising pitch to insiders, fundraisers sought “premier sponsor” donations of up to $150,000 for a package including a “limited edition commemorative” gift, 10 tickets to a VIP reception, “preferred” tickets to the swearing-in ceremony and other perks.

Money is often left over in a 501c(4)’s bank accounts and there is no law that dictates how the money must be spent. McKean said that, without transparency, such leftover money can turn into a “slush fund” for a governor.

Over the past two decades, Philadelphia has rolled out campaign finance reforms to fight corruption. Those city laws treat donations to an inaugural committee the same as donations to a campaign committee, requiring the disclosure of who gave and how much they gave.

It caps donations — currently $3,100 for individuals and $12,600 for businesses and organizations — and it dictates how left over money must be handled.

City Council members who approved the law understood that unregulated donations to inaugural committees could circumvent the purpose of the limits in the campaign finance law, said J. Shane Creamer, executive director of the city’s Board of Ethics, which enforces the law.

“And we’d be back to the influence days of large donors that we had before the campaign finance law took effect,” Creamer said.