FILE - In this June 15, 2018, file photo, pharmaceuticals are seen in North Andover, Mass. Feeling a new urgency as the impeachment probe advances, the White House is ramping up its push to get a bill through Congress that curbs prescription drug costs. President Donald Trump’s top domestic policy adviser says the effort has advanced beyond anything seen in years even as he acknowledges the “current complications.”

A pilot program at a Lehigh Valley hospital is already under way. 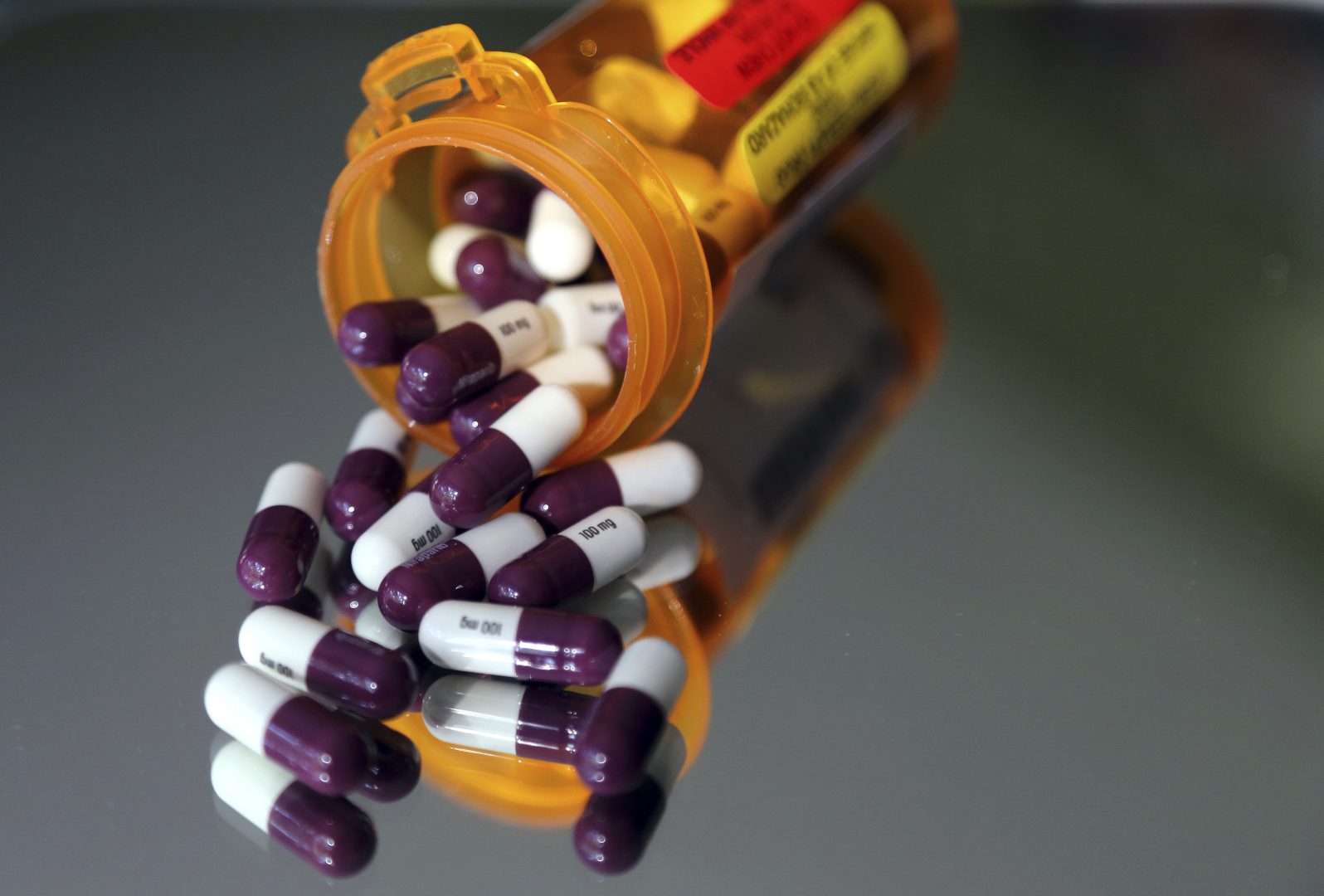 FILE - In this June 15, 2018, file photo, pharmaceuticals are seen in North Andover, Mass. Feeling a new urgency as the impeachment probe advances, the White House is ramping up its push to get a bill through Congress that curbs prescription drug costs. President Donald Trump’s top domestic policy adviser says the effort has advanced beyond anything seen in years even as he acknowledges the “current complications.”

Medical experts say recent legislation could help reduce the number of opioid overdose deaths in Pennsylvania. Access to medications for opioid use disorder is expected to increase this year, while a pilot program at a Lehigh Valley hospital is already underway.

Previously, doctors had to obtain a federal certification to prescribe drugs like Suboxone, but an addition to the recent congressional omnibus bill would remove that requirement later this year.

Dr. Gillian Beauchamp is an emergency and addiction physician at Lehigh Valley Health Network. She’s working with Ryan Hogan, director of Luzerne/Wyoming County’s Drug and Alcohol Programs, to expedite access to drugs that can help prevent relapses and overdose deaths.

“Our Hazleton hospital is in Luzerne and a relatively high-risk area for folks with regards to substance use conditions and mental health conditions,” she said.

Beauchamp said a warm handoff partnership with Hogan’s department has been growing since 2019. Certified recovery specialists funded by the county work directly with emergency departments when an individual suffering from a substance abuse disorder is admitted to the hospital.

The specialists themselves are in recovery and advocate on behalf of the patients, Beauchamp said. They discuss treatment options or use firsthand experience to suggest in-patient or out-patient care for patients.

She described a recent encounter at the Hazleton hospital. Beauchamp met the paramedic and patient in the ambulance bay before they were admitted to the facility.

“EMS took the patient back to the room, and before I even got back there as the doctor, the recovery specialist was sitting at the bedside, talking to the patient, coming up with a plan,” she said.

Beauchamp said although the program is still in a pilot stage at the hospital network, some clinicians at the emergency department are approved to write prescriptions for drugs like Suboxone – a combination of buprenorphine and the opioid blocker naloxone – for people looking to get off the opioid street supply.

That’s the start of recovery for many people, Beauchamp said.

“We can say: look, let’s first get you off the street supply, which is very deadly, get you onto a medication that makes you feel like yourself again, so you don’t have to withdraw or crave substances,” she said, adding that some people start to rebuild their lives shortly after starting buprenorphine, even though it’s considered a narcotic by the Drug Enforcement Agency.

Beauchamp said the program isn’t consistent yet across hospitals in the network.

Currently, clinicians who prescribe narcotic medications must have received what’s called an “X-waiver” through additional training. Although that has limited the number of clinicians who can prescribe such drugs for those in recovery, lawmakers have recently repealed that waiver. Changes won’t go into effect until this summer, 180 days after its signing.

That’s a big step toward increasing access for those struggling with opioid use disorder, said Dr. Arthur Robin Williams, an addiction psychiatrist and researcher at Columbia University.

“Stigma has informed our regulations at the local, state and federal level, not just in recent decades, but for the whole history of the country,” Williams said. “We’ve largely had a law enforcement approach to treating patients with opioid use disorder.”

Experts from national health agencies agree that medication-assisted treatment should be considered a tool, according to Williams. Using recent estimates, he said only 20% of the nearly 7.5 million Americans who have an opioid addiction receive a medication like Suboxone for treatment.

If an individual goes to a rehabilitation facility for opioid use disorder and doesn’t receive medication, Williams said, they’re more at-risk of death upon release.

“Because 90% of people return to active opioid use within a few weeks or months after discharge from detox or a residential rehab unless they’re started on a maintenance medication like buprenorphine,” Williams said.

In 2021, 5,438 Pennsylvanians died from opioid overdoses, according to the Pennsylvania Attorney General.

Geisinger Marworth Treatment Center, a rehab facility in Waverly, uses medication in some of their treatment plans for opioid addiction. But the facility was admittedly slow to adopt the approach, in part due to its history, according to medical director Dr. Kimberly Kabernagel.

“We originated as a 12-step abstinence-based program,” Kabernagel said. “As heroin and then later fentanyl really started to come on the rise … we began to rethink how we would treat some of the substance use disorders.”

Buprenorphine was approved by the Food and Drug Administration in 2002, according to the DEA. Experts say when the drug is used in combination with naloxone – as it is in Suboxone – it is less likely to be abused. A National Institutes of Health study found that about 75% of people used the drug as prescribed in 2019.

Kabernagel said the medication has been used for maintenance therapy at Marworth since about 2012. Before that, Kabernagel said buprenorphine was mainly used at her facility to ease people into detox.

Many in-patient rehab facilities and recovery houses are still not on board with using narcotic medications in treatment, Beauchamp noted, because they believe it’s simply replacing one substance with another.

“I disagree with that wholeheartedly,” Beauchamp said. “I think Suboxone is recovery, and most of our patients on it say: My life today on Suboxone is very, very different than my life was last week when I came into the ER and I felt terrible and I’d lost everything. They’ll say: This is living again.”