Rep. Scott Perry, R-Pa., is interviewed as the House meets for the third day to elect a speaker and convene the 118th Congress in Washington, Thursday, Jan. 5, 2023. Perry narrowly missed casting his vote because he was conducting the interview. 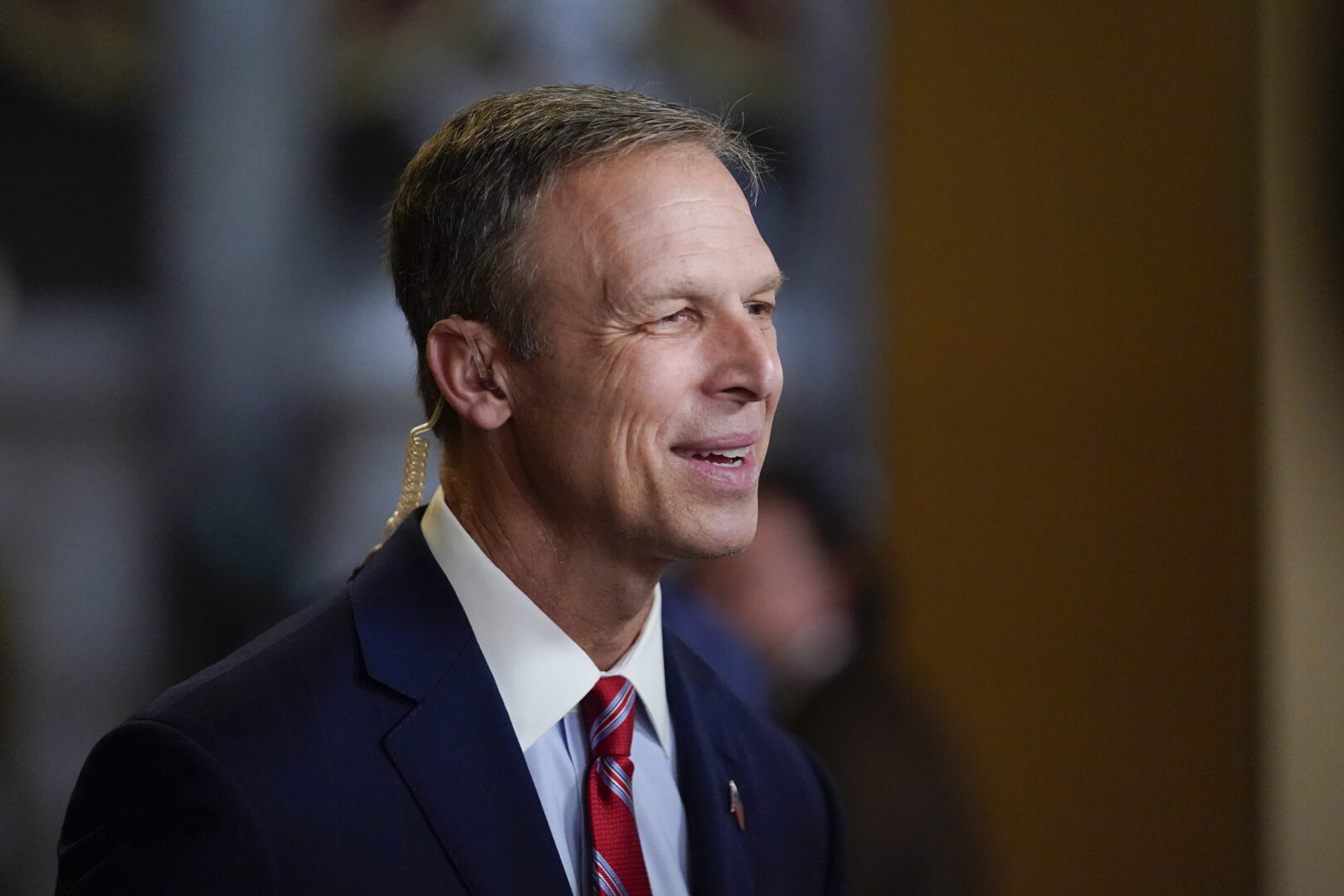 Rep. Scott Perry, R-Pa., is interviewed as the House meets for the third day to elect a speaker and convene the 118th Congress in Washington, Thursday, Jan. 5, 2023. Perry narrowly missed casting his vote because he was conducting the interview.

The most far-right House Republicans, early opponents of Speaker Kevin McCarthy and even embattled new Rep. George Santos all are in line for coveted committee assignments. Some are set to serve on the high-profile oversight committee investigating President Joe Biden’s administration.

Reps. Marjorie Taylor Greene of Georgia and Paul Gosar of Arizona will get to serve on committees now that Republicans have dislodged Democrats from the majority. When Democrats were in charge, both lawmakers were booted from their assignments for being too extreme.

Santos, who has acknowledged lying to New York voters about his past, has picked up two committee assignments.

The full House Republican conference must ratify the recommendations, but that generally is a formality.

A look at who went where in the new House.

GREENE, GOSAR BACK ON COMMITTEES

Two years ago, Democrats under then-Speaker Nancy Pelosi voted just weeks into the last Congress to remove Greene from both her committees. It was an extraordinary punishment that Democrats said she had earned by spreading hateful and violent conspiracy theories. Eleven Republicans joined 219 Democrats in backing Greene’s ejection from her committees.

This week, a GOP panel that selects most of the committee leaders and hands out committee assignments recommended that Greene serve on two important committees: Homeland Security and House Oversight and Accountability. 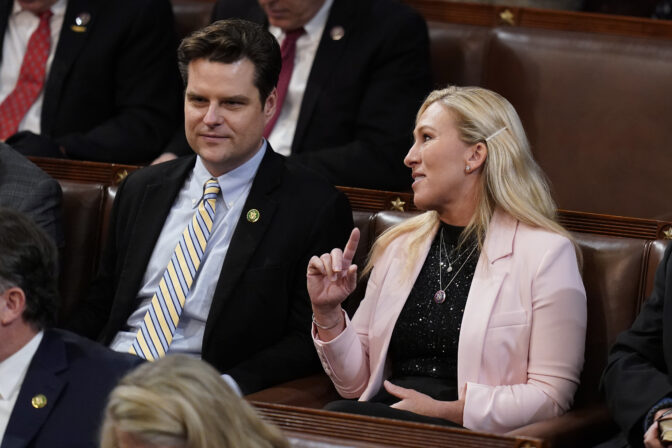 Rep. Marjorie Taylor Greene, R-Ga., talks with Rep. Matt Gaetz, R-Fla., in the House chamber as the House meets for the third day to elect a speaker and convene the 118th Congress in Washington, Thursday, Jan. 5, 2023.

Greene, who is now one of McCarthy’s fiercest supporters, had embraced an array of conspiracy theories before winning election in 2020. For example, in November 2018, she talked about the Sept. 11 terrorist attacks, referring to a “so-called” plane that crashed into the Pentagon. She also “liked” a January 2019 Facebook post that called for “a bullet to the head” of Pelosi.

McCarthy, R-Calif., argued that the majority party in the House should not dictate how the minority disciplines its members. He described the removal of Greene’s committee assignments as a partisan power grab. Greene, who often trolls Democrats on social media, has said Biden should resign.

“Joe Biden, be prepared. We are going to uncover every corrupt business dealing, every foreign entanglement, every abuse of power, and every check cut for The Big Guy,” Greene said.

Gosar lost his committee assignments in late 2021 after posting an animated video that depicted him killing Rep. Alexandria Ocasio-Cortez, D-N.Y., with a sword. Democrats said the video was a clear threat to a lawmaker’s life, and they argued that Gosar’s conduct would not be tolerated in any other workplace — and shouldn’t be in Congress.

The vote to censure Gosar and remove him from his House committee assignments was approved almost entirely along party lines. Then-Reps. Liz Cheney of Wyoming and Adam Kinzinger of Illinois the only Republicans voting in favor.

Gosar will return to the House Natural Resources Committee and the House Oversight and Accountability Committee, his assignments before the punishment. 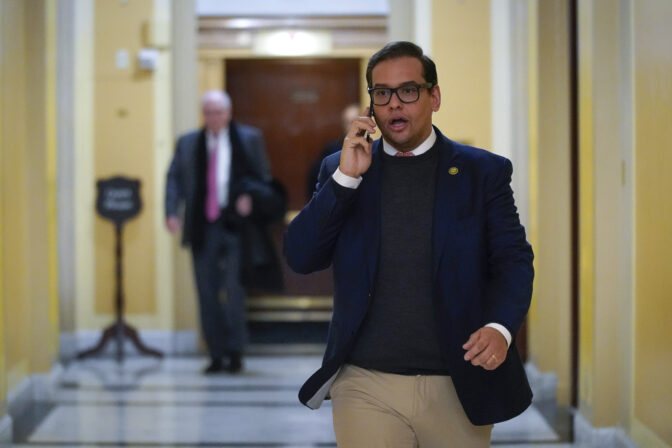 SANTOS TO SCIENCE AND SMALL BUSINESS

State and local Republican leaders in New York have called on Santos to resign after lying to voters about his resume and family heritage. Santos says he’s staying and McCarthy has taken the position that the voters will have the final say in the matter in 2024, when Santos would be up for reelection.

Republicans have such a slim House majority that even losing one Republican seat makes it that much tougher to pass legislation. Santos represents a Long Island-based district that could flip to Democrats in a special election.

Santos will serve on two lower-profile committees: the House Small Business Committee and the House Science, Space, and Technology Committee.

A core group of Republicans who opposed McCarthy for speaker but ultimately changed their votes to present, allowing him to prevail in the 15th round, got their committee assignments.

Rep. Andy Biggs of Arizona and Matt Gaetz of Florida will remain on the House Judiciary Committee. Biggs also returns to the House Oversight and Accountability Committee.

Rep. Eli Crane of Arizona, in his first term, was recommended for the House Homeland Security Committee, where he says he will “fiercely combat the disaster at our border.” He also will be on the House Veterans’ Affairs Committee and the House Small Business Committee.

Rep. Matt Rosendale of Montana will return to the House Natural Resources Committee.

Rep. Lauren Boebert of Colorado will serve on that committee as well as the House Oversight and Accountability Committee, where Republicans will look into the business dealings of Hunter Biden in an attempt to find any connection to the president.

Rep. Scott Perry of Pennsylvania, chairman of ultra-conservative Republicans in the House Freedom Caucus, retained his seat on the House Foreign Affairs Committee and added a new assignment: the high-profile House Oversight and Accountability Committee.

“Boy, do I have some questions,” said Perry, about his role on that investigative committee.

Perry has continuously disputed the validity of Biden’s 2020 victory in Pennsylvania. The committee investigating the Capitol riot referred him to the House Ethics Committee, along with McCarthy, Biggs and Rep. Jim Jordan of Ohio, for defying subpoenas seeking their testimony. 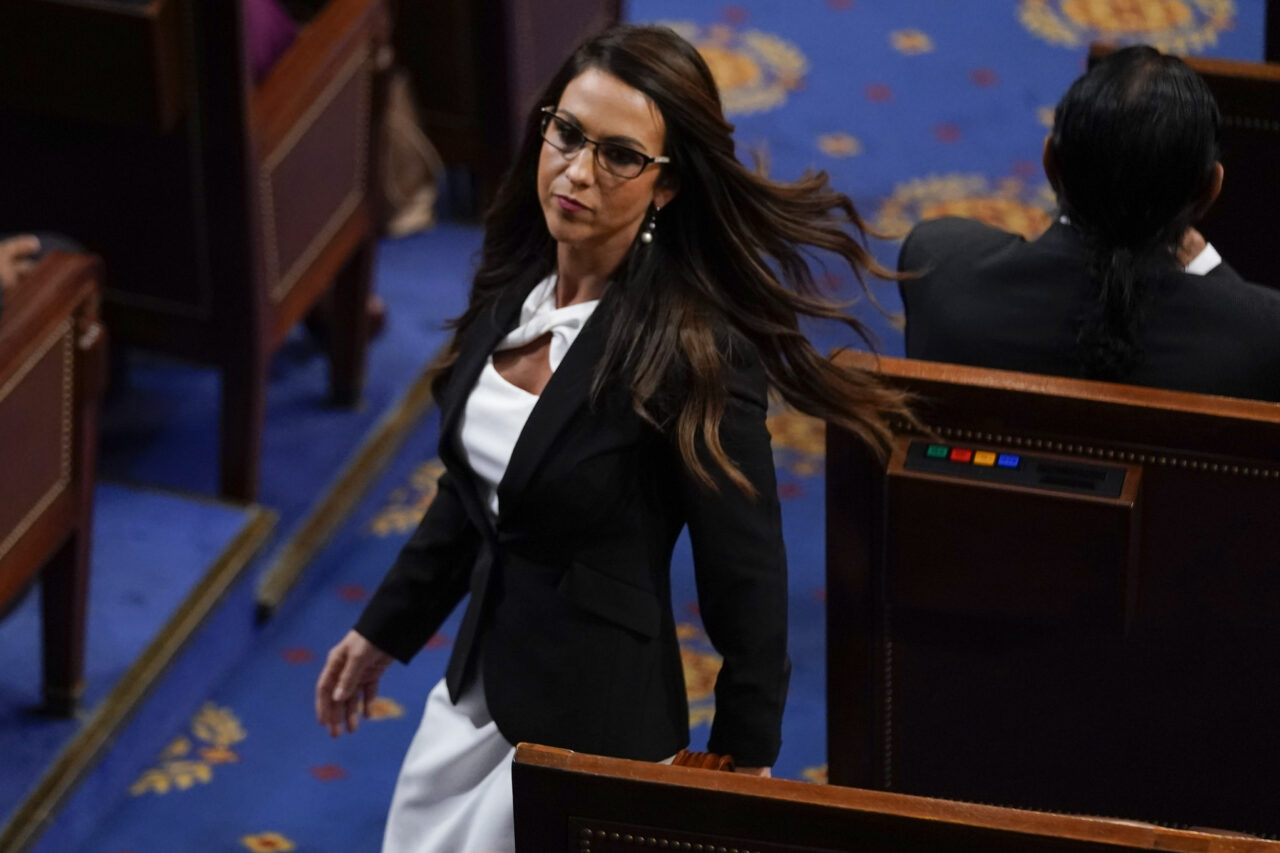 Rep. Lauren Boebert, R-Colo., walks in the House chamber as the House meets for a second day to elect a speaker and convene the 118th Congress in Washington, Wednesday, Jan. 4, 2023. (AP Photo/Andrew Harnik) 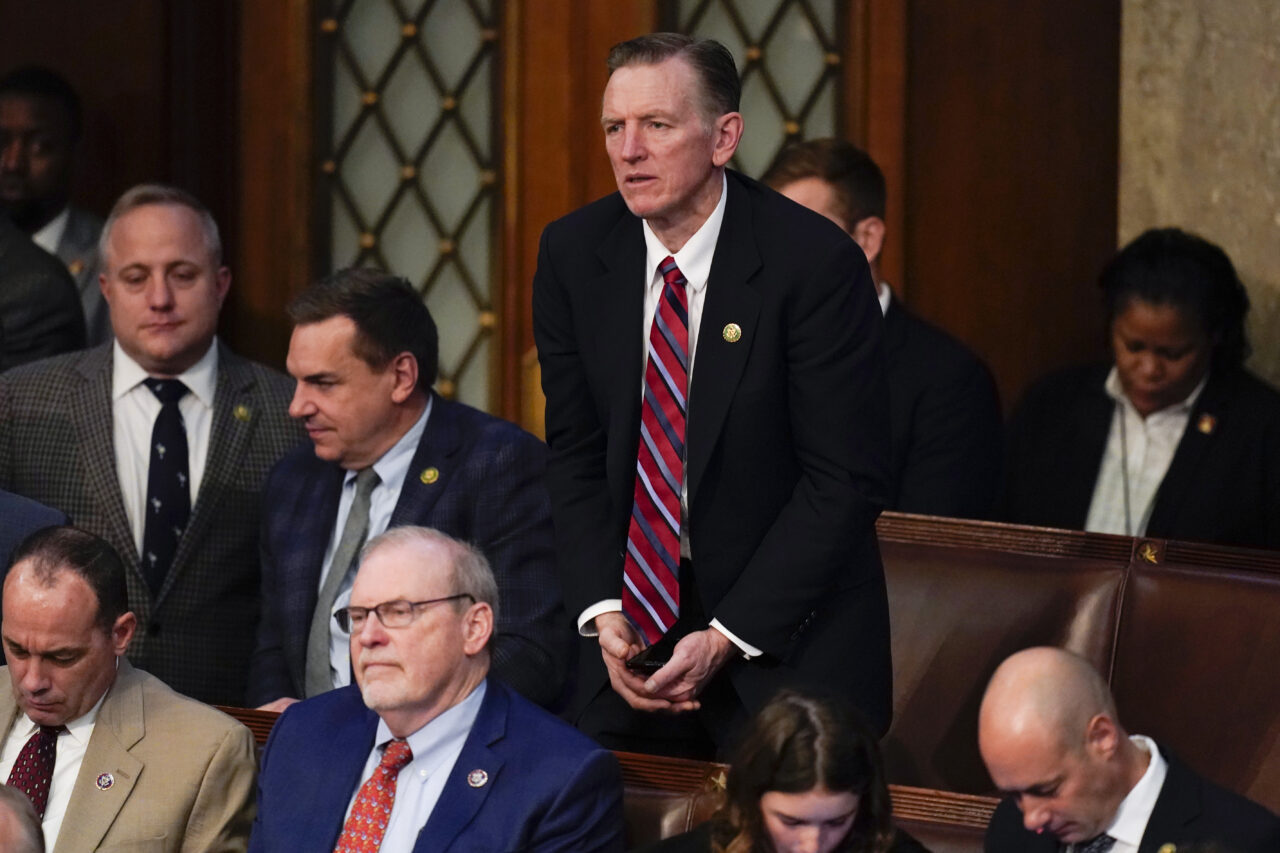 Rep. Paul Gosar, R-Ariz., casts his vote for Rep. Byron Donalds, R-Fla., during the seventh round of voting on the third day to elect a speaker and convene the 118th Congress in Washington, Thursday, Jan. 5, 2023. (AP Photo/Alex Brandon)

The addition of Perry, Boebert, Greene and Gosar to the House Oversight and Accountability presents challenges for Republicans who will need to show a strong measure of seriousness and even-handedness over the coming months to ensure credibility with voters about their findings. Those lawmakers are among Trump’s strongest allies in the House and are known for their inflammatory political discourse.

The committee chairman, Rep. James Comer of Kentucky, called members of his committee “an all-star lineup ready to hit the ground running and go to bat for the American people.”

White House spokesman Ian Sams said that “with these members joining the Oversight Committee, it appears that House Republicans may be setting the stage for divorced-from-reality political stunts, instead of engaging in bipartisan work on behalf of the American people.”