FILE - Buffalo Bills defensive back Damar Hamlin (3) leaves the field after an NFL football game against the New England Patriots, Thursday, Dec. 1, 2022, in Foxborough, Mass. Hamlin was in critical condition early Tuesday, Jan. 3, 2023, after the Bills say his heart stopped following a tackle during the Monday Night Football game, which was indefinitely postponed. 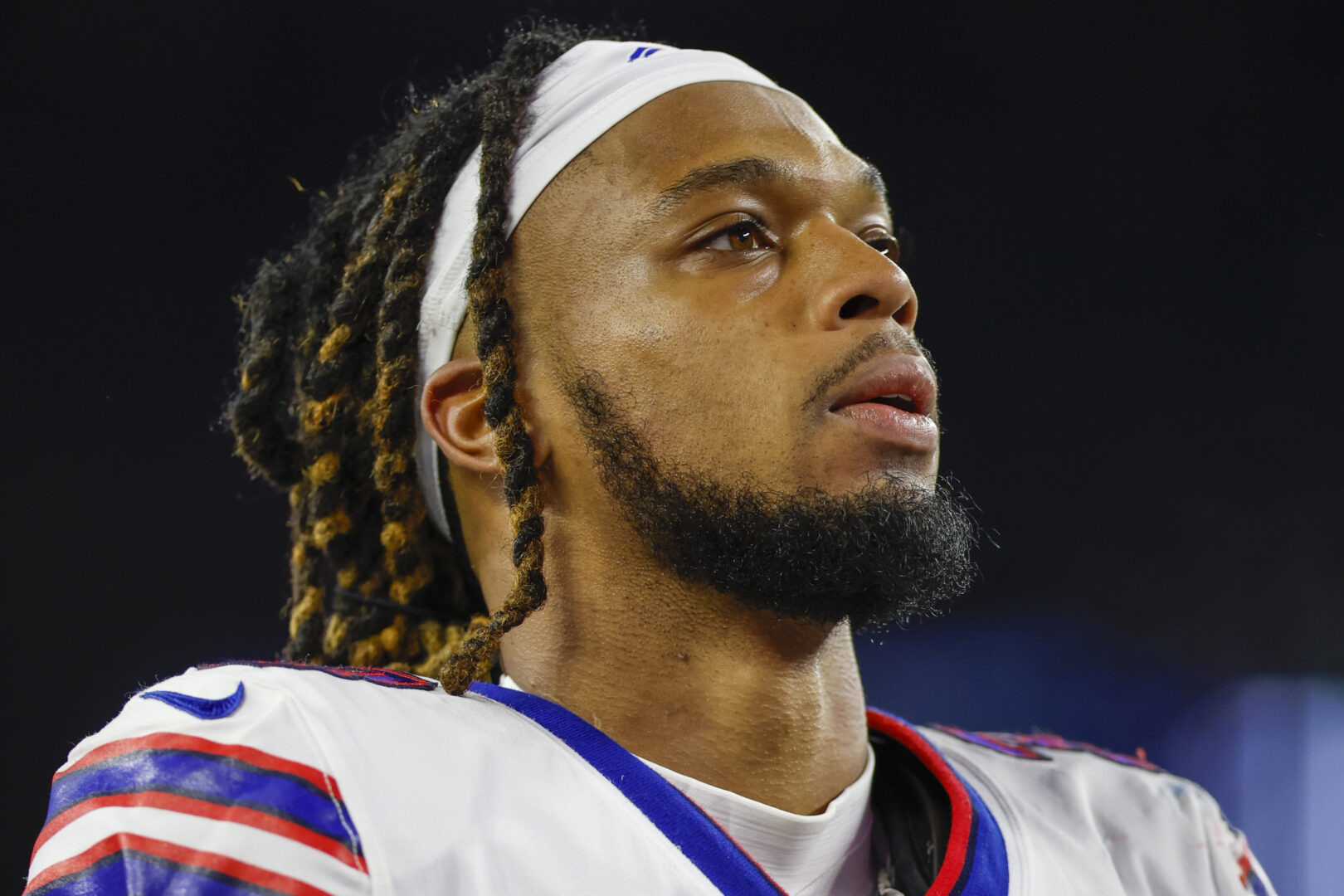 FILE - Buffalo Bills defensive back Damar Hamlin (3) leaves the field after an NFL football game against the New England Patriots, Thursday, Dec. 1, 2022, in Foxborough, Mass. Hamlin was in critical condition early Tuesday, Jan. 3, 2023, after the Bills say his heart stopped following a tackle during the Monday Night Football game, which was indefinitely postponed.

Buffalo Bills safety Damar Hamlin collapsed during a game against the Cincinnati Bengals on Jan. 2 and received CPR on the field. The 24-year-old Allegheny County native was rushed to the hospital, but was released days later after making a full recovery.

The Bills said Hamlin suffered a cardiac arrest. Unfounded claims about the safety of COVID-19 vaccines proliferated in the hours and days that followed, revealing how pervasive vaccine misinformation remains three years after the pandemic began.

Even before Hamlin was carried off the field in Cincinnati, posts amassing thousands of shares and millions of views began circulating online claiming without evidence that complications from COVID-19 vaccines caused his health emergency.

While cardiac specialists say it’s too soon to know what caused Hamlin’s heart to stop, they’ve offered a rare type of trauma called commotio cordis as among the possible culprits. There’s no indication Hamlin’s vaccine status played a role, and there’s no evidence to support claims that a number of young athletes have died as a result of COVID vaccinations.

Many social media users have also shared deceptive videos that purport to show athletes collapsing on-field because of COVID-19 vaccines. However, several of the cases shown have been proven to be from other causes.

Though anti-vaccine influencers have insisted that sudden cardiac arrests during sports games are unprecedented, cardiologists say they’ve observed these traumatic events throughout their careers, and long before the COVID-19 pandemic.

Research shows that among professional athletes who have had COVID-19, rates of inflammatory heart disease were about 0.6% — showing no increased risk compared to other viruses.

“The outcome was very good, and so they must have done a really good job [performing CPR]. But in terms of what caused it, we don’t know. There’s two possible explanations. Either number one, he has some type of very dangerous underlying heart condition,” Waxler said. “The other possibility is what everybody is talking about is a condition called ‘commotio cordis.’”

He described it as a powerful force that hits the chest “right at that split second where the electrical activity of the heart is resetting.”

“It’s something that occurs in maybe two dozen cases a year. It’s very rare, but it’s a life threatening condition for young, healthy people that have normal hearts,” he said.

“We don’t even know if he’s vaccinated. There’s probably a one in a million chance it’s the COVID vaccine, but I just don’t think that makes sense. I mean, we all saw him get hit with a violent collision and then go down,” he said.”

Similarly unfounded claims about vaccine injuries surged last month following the death of sports journalist Grant Wahl, who died of a ruptured blood vessel in his heart while covering the World Cup in Qatar. His death was not related to vaccines.

“The eyes are connected to the brain, so you’re going to see what you want to see. If you have decided that the vaccine is bad, then you’re going to see something and that’s going to make you think that it’s that. But I just don’t think that’s correct,” he said. “We should all use this as a wake-up call, not about the COVID vaccine, but about the dangers of cardiac arrest.”