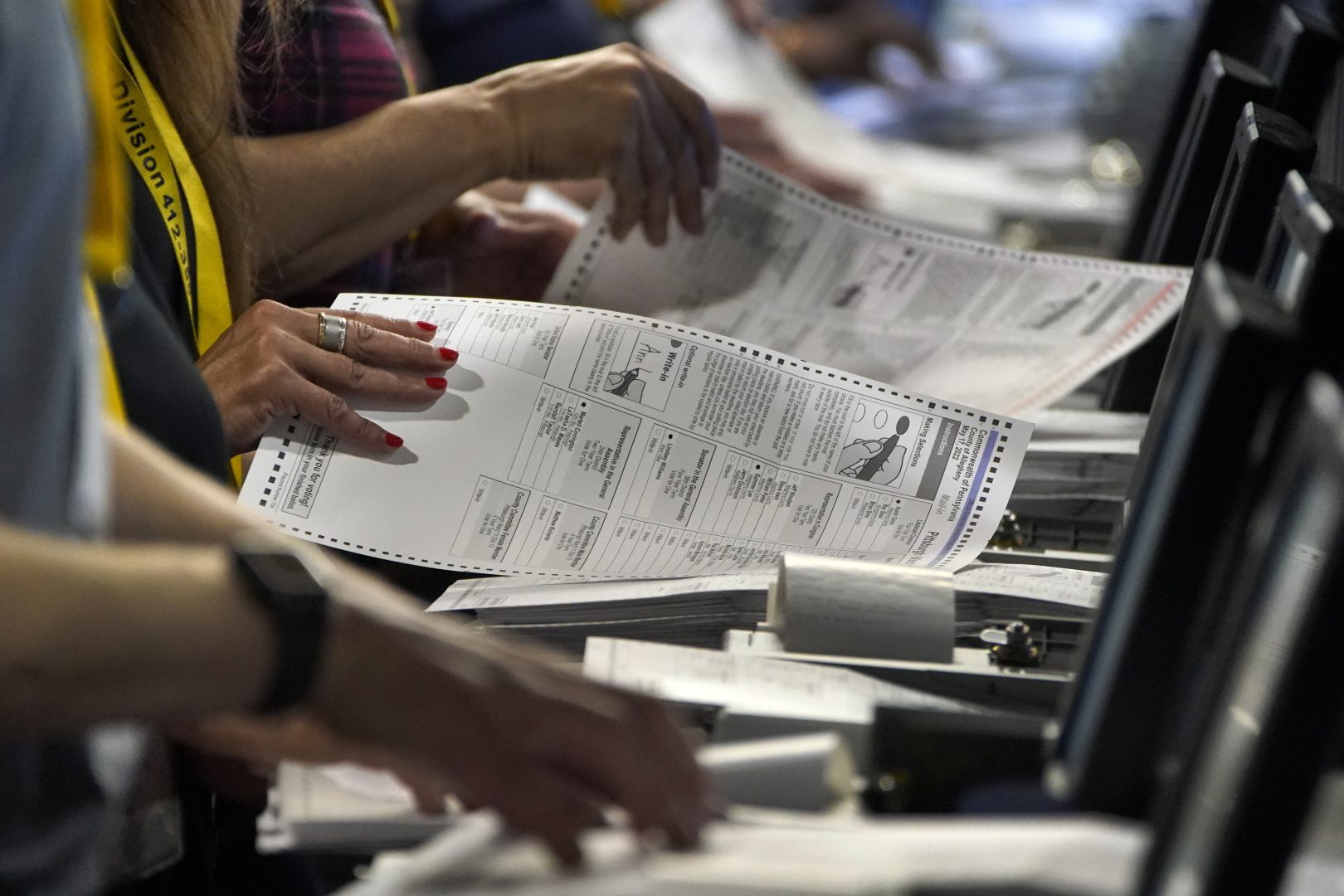 The hand recount in Lycoming County of two races from the 2020 General Election that Republicans won overwhelming is over, but those who advocated for it say transparency issues remain.

The official recount results of the presidential and state auditor general races will be released as soon as county elections director Forrest K. Lehman said he compiles the totals from the tally sheets prepared by those who did the counting.

Karen DiSalvo, an attorney who represents a loose knit group of Republican conservatives, questions Lehman doing the compiling without oversight.

She claims he has a vested interest in having the recount totals align with the 2020 results.

Citing the need for transparency, DiSalvo said she has filed a right-to-know request to see the tally sheets.

Observers from each political party were permitted in the room where 13 two-member teams of county employees did the recount.

Based on the tally sheets he has reviewed it appears the results of the hand count will be similar to those recorded in 2020, Lehman said.

They should debunk the allegations made by those who questioned the integrity of the 2020 results in which 59,397 votes were cast, he said.

Lehman said it took less than three days to complete hand count, something he did not expect. There were predictions the process would take the rest of the month.

The recount teams among themselves resolved most of the questions involving marks on ballots, he said. He and other supervisors had to break ties only 15 to 20 times, he said.

Paper ballots are used in Lycoming County that are fed into a scanner and tabulated electronically.

The recount results should restore voter confidence, said county Commissioner Scott L. Metzger, one of the two Republican elections board members to vote for it.

He knows not everyone will be satisfied but said for him the issue is over.

The cost of doing the recount will be minimal because county workers did it during regular work hours, Metzger said. They will not be paid extra, he said.

The recount was a “big step” and made the county stronger, said Jeffrey J. Stroehmann, a conservative Republican.

He expressed pleasure the recount went quickly but said he is eager to see the results.

Stroehmann said he still has issues including with mail-in ballots, but clarified he is not alleging fraud.

He hopes to see a profile especially of the 13,758 military voters who strongly favored Joe Biden over President Trump, he said.

The recount was only one piece of the puzzle, Stroehmann and DiSalvo said.

She has questioned how President Biden could get 30 percent more votes in the county in 2020 than Hillary Clinton did in 2016 despite the decrease in the number of registered Democrats.

The focus of the recount was the Trump-Biden race but the elections board decided to include a second contest. The auditor general’s race was chosen because those candidates were on the same side of the paper ballot as those running for president.

There are three 2020 election-related lawsuits pending in the county including one seeking a forensic audit. The county is seeking its dismissal.

In another, county Judge Eric R. Linhardt last month overturned an Office of Open Records decision and ruled the clear vote cast record (CVR) from that election is public record.

CVRs are a collection of spreadsheets containing raw data for each ballot cast but with no voter identification information.

The judge’s order takes effect at the end of next week unless the county or the state Department of State files an appeal.

The third suit, brought by Stroehmann, seeks certain county voting records along with the CVRs.