Berwood Yost, Matthew Schousen, and Stephen Medvic -- editors of the book Are All Politics Nationalized? 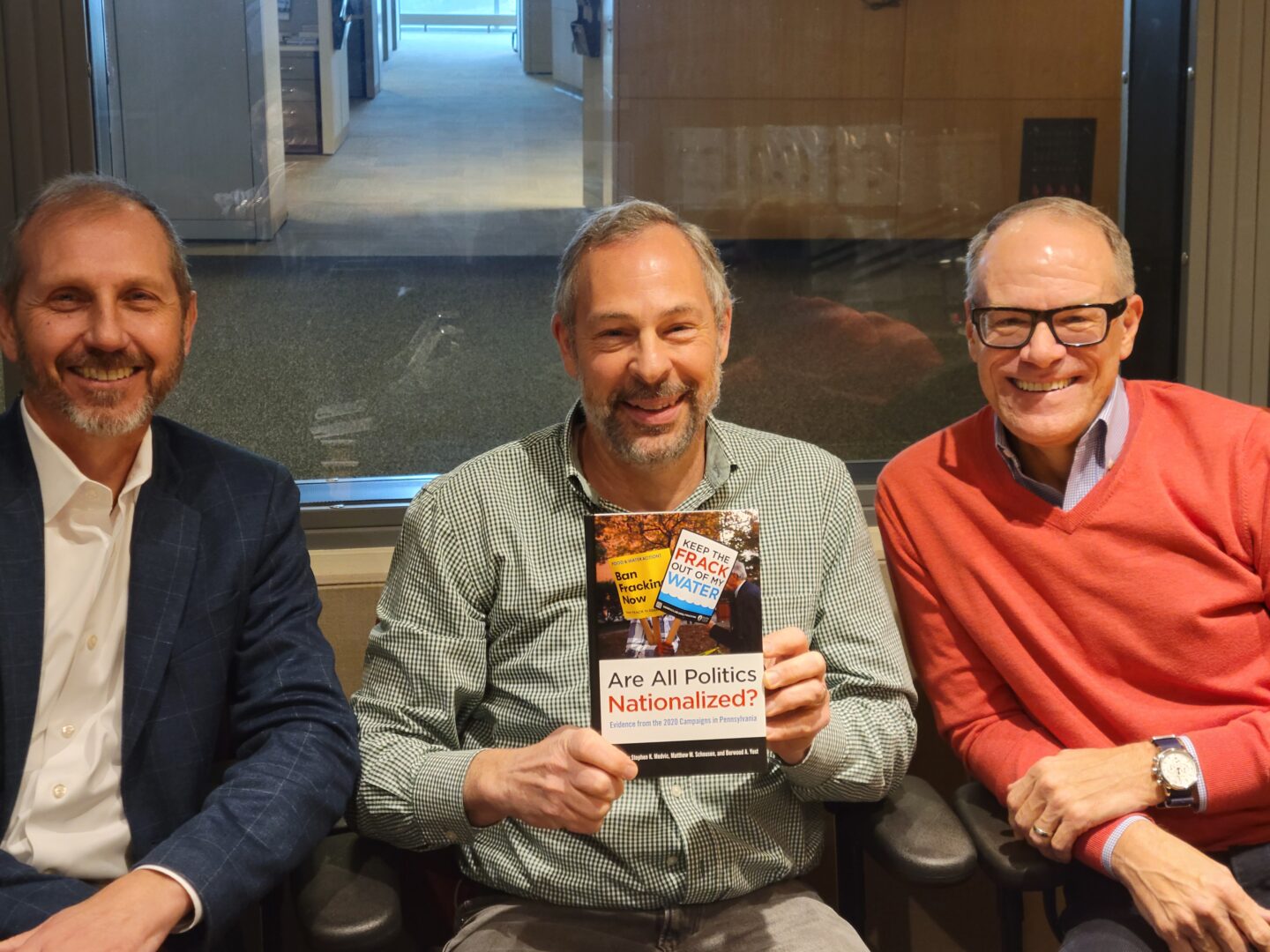 Berwood Yost, Matthew Schousen, and Stephen Medvic -- editors of the book Are All Politics Nationalized?

Former Democratic Speaker of the U.S. House of Representatives Tip O’Neill once said “all politics are local.” But that was 40 years ago. Since then, there are fewer  newspapers covering local news, cable news networks that present news and opinions that lean liberal or conservative air 24-hours-a-day and in the last six years, former president Donald Trump dominated news on a daily basis. National issues were the focus for the most part.

But has that changed what’s most important to voters?

A new book studied that question in Pennsylvania. It’s called Are All Politics Nationalized – Evidence from the 2020 Campaigns in Pennsylvania. It was edited by Stephen Medvic, Berwood Yost and Matthew Schousen. All are from political science and government departments at Franklin and Marshall College and were on The Spark Tuesday.

Medvic indicated that they didn’t find overwhelming evidence that all politics are nationalized,”In addition to Franklin and Marshall, a number of other colleges and universities around the state did on the ground research in six congressional districts. And each one of them also looked at two state House races. And so what we found was candidates often will, first of all, no campaign had two candidates who ran nationalized campaigns. So, at least half the candidates, if not more, were running localized campaigns, which meant they were focused on local issues that were not in the national news, or they were focused on candidates themselves and their records and their accomplishments in the 18 state House races in eight of those we found. So almost half we found that there was a split decision between the presidential election in that particular state House race and the state House result. And so if you had nationalization, you would just expect that up and down the ballot, people are voting the same way. So if they’re voting for Trump for president, they’re voting for the Republican for State House. But in almost half the races, we found that there was a split decision. So there’s quite a bit more local focus going on in campaigns than the nationalization hypothesis would suggest.

Yost added,” The other part of that was that, voters were where we expected to see the nationalized behavior. We expected someone who voted for Trump to vote for a congressional candidate and a state House candidate of the same party. That didn’t happen all the time. And you can look throughout the state. The first congressional district is one of those places. But every congressional district we looked in for the most part had a split decision somewhere. So I think that’s important to recognize that we were expecting voters to show nationalized behaviors. But what wasn’t nationalized to the extent we thought was the campaign messaging or the fundraising people. We expected different groups to support candidates with the same kind of messaging, whether they were state House candidate or congressional candidate or presidential candidate. But the truth of the matter is, there was virtually no funders, no donors who gave at every level or across levels, even most people focused on a single race, congressional, presidential or state house. And so that’s really telling. The other thing that we found is virtually no coordination between presidential, congressional, and state House races. They didn’t get together and talk about their strategies. There’s a little evidence that maybe some Democratic candidates did that in the fourth Congressional District, but even that was kind of loose. So when you’re looking at nationalization, you expect to see it among voters a lot less than we did, but we didn’t see it among donors fundraisers, and we didn’t see it among the campaign messages that they aired themselves.”

Schousen said their research shows candidates do listen to voters,”I think one optimistic note that comes out of our book is that candidates really care about voters and they find voters where they are. If voters are interested in local issues, they will go there. And I think that’s really optimistic in an era where we often think that everything’s national.”

What are some of the causes for teen depression and ways to help?