Berks County Deputy Sheriff Riley Gutierrez tells caretaker Lis Mejia that she will have to fill out a form to drop off the ballot for her client, 78-year-old Leonor McCoroy. 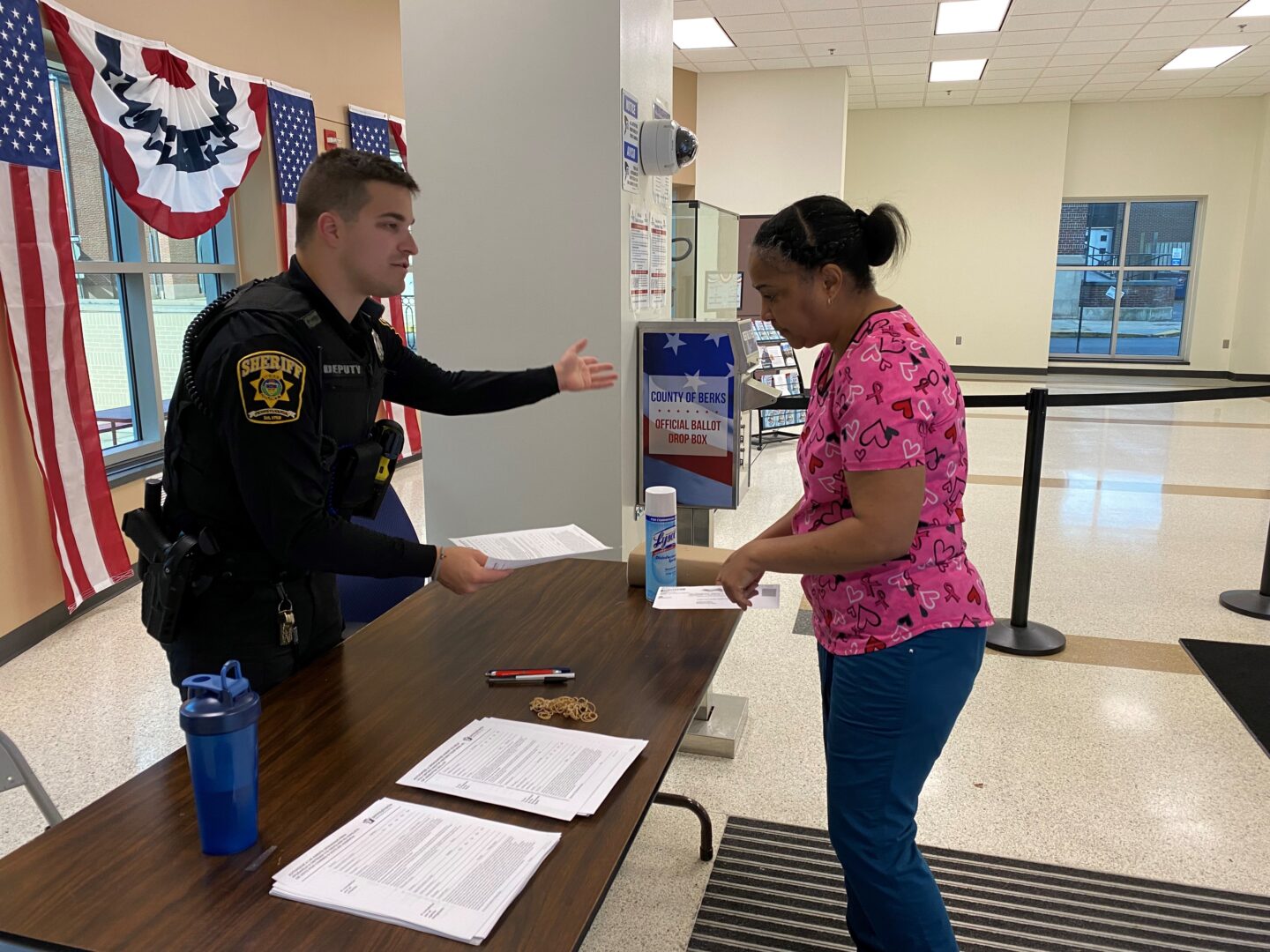 Berks County Deputy Sheriff Riley Gutierrez tells caretaker Lis Mejia that she will have to fill out a form to drop off the ballot for her client, 78-year-old Leonor McCoroy.

Election Day was exactly one month ago, but Berks County had been unable to send certified midterm results to the state, because of two petitions filed by the Berks County Republican Committee (BCRC).

The county finally certified results on Thursday – nine days after the state deadline to do so – now that the Berks County Court of Common Pleas has dismissed those petitions.

Judge James Lillis made the ruling on Tuesday, claiming the committee failed to prove any machine errors or voter fraud that would warrant a full recount.

A request without such proof could be considered only if it called on a county-wide recount.

According to state election law, a polling place may have its election results recounted if three voters in a precinct claim specific instances of machine errors or voter fraud, each sign onto a petition, and pay a $50 filing fee.

The BCRC called for hand recounts in 30 precincts, and claimed – without proof – that voting machines switched Republican votes to Democratic candidates.

A call-out was posted to BCRC’s Facebook, which included contact info for the Greenwich GOP and William Mulgrew, encouraging volunteers to submit applications to help conduct an impending “manual recount.”

The post falsely claimed machines were “malfunctioning and switching votes, for example, a Mastriano vote was switched to a Shapiro vote.” 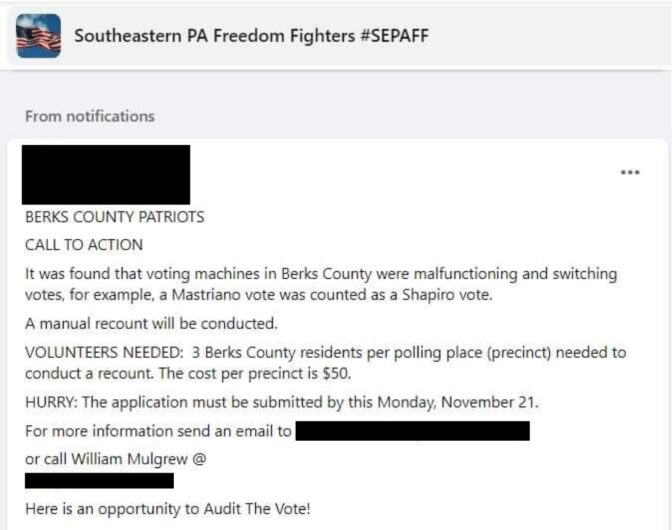 A Facebook post that circulated in the weeks following the 2022 midterm elections in Pa. looked for volunteers to petition election results in Berks County. (Robby Brod)

In a statement, Berks County officials said they were “pleased” with Judge Lillis’ ruling, adding they believe it “correctly reflects the law as outlined in the Election Code and interpreting caselaw.”

The BCRC did not return a request to comment on the decision to toss the recount petitions.