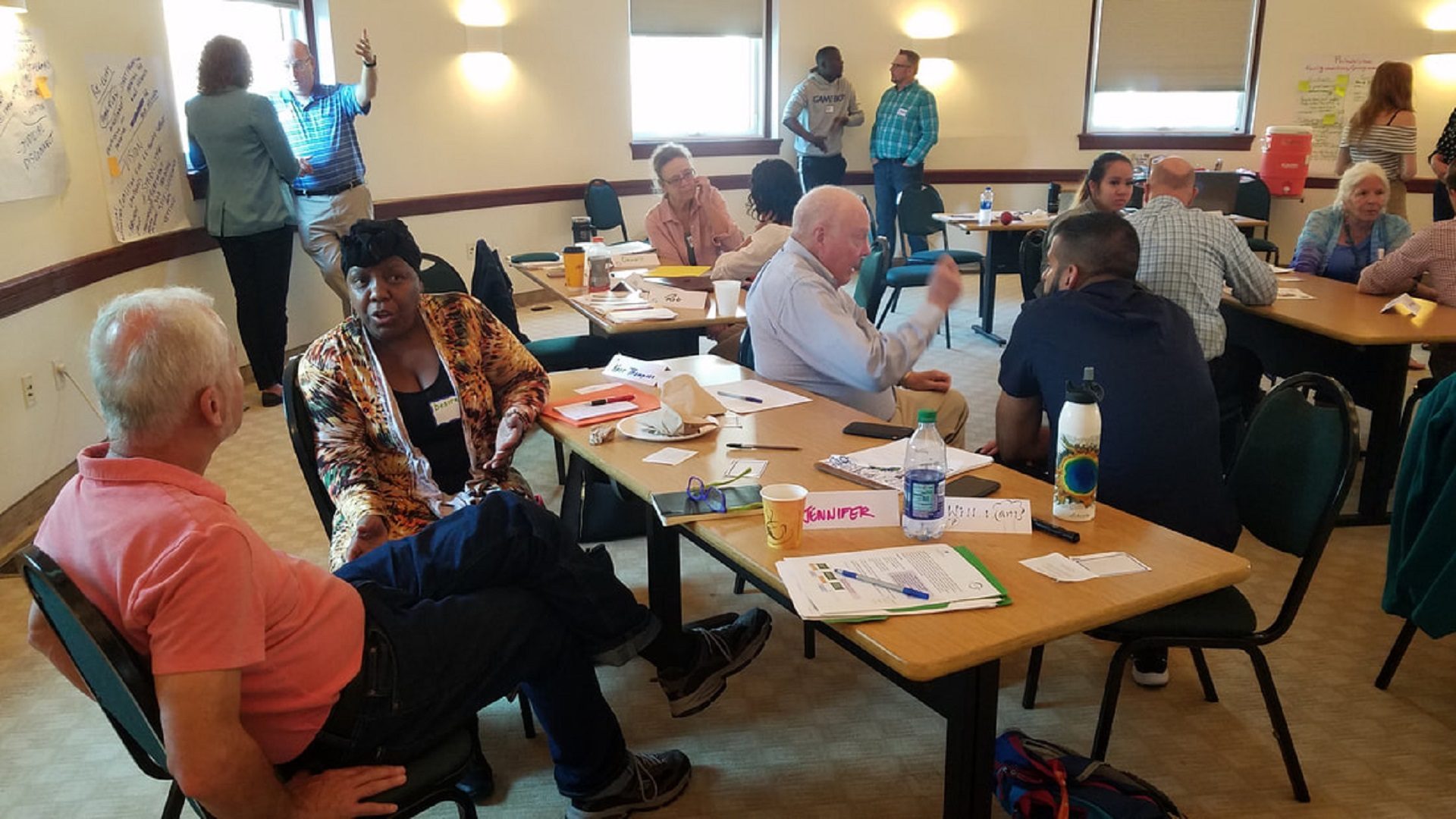 A new group in the midstate will discuss how to work to minimize the threat of hate crimes in Pa., which have more than doubled since 2020, according to state police.

Uniting to Prevent Targeted Violence (UPTV) brings together 28 Pennsylvanians, known as Uniters, to focus on factors leading to political, cultural, and faith-based violence. These include political polarization, misinformation, and social isolation.

Collie has a long history of organizing cross-ideological conversations in central Pa. He chaired his local Republican committee in Adams County, but resigned following the 2016 election.

“I got out of that because I saw so much political divisiveness, so much rhetoric back and forth, and so much wasted time and energy on just so many divisive topics that we just spend so much time arguing over,” he said. “And the more I get to know people that had different ideas than I have in regards to politics, the more I realize that we have a lot of things in common.”

Collie believes the program will help them develop plans to address threats in their communities with existing resources.

“That’s one of the beauties of this program. It is a bottom up, community centric program,” he said. “So we are not telling people what we should do, but we are asking for their feedback.” 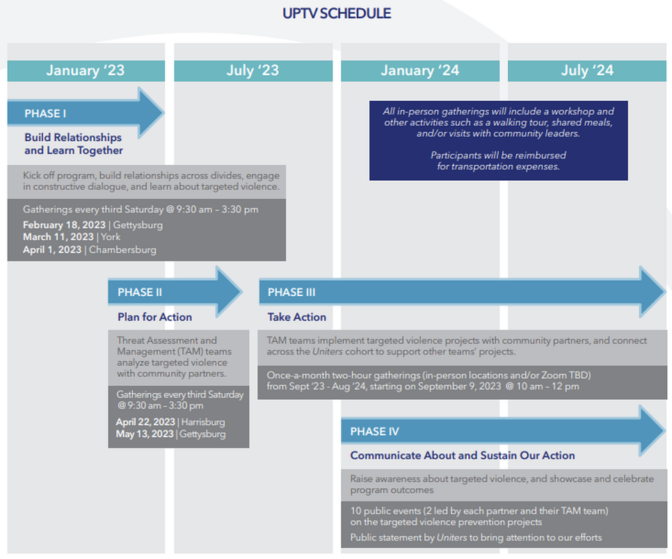 “Uniters” will work with groups like Mediation Services of Adams County and Suicide Prevention of York. Together, they will identify a “local challenge” pertaining to targeted violence, and work with their respective community group to design and implement a plan to address it.

Collie said organizations like those offer valuable expertise and resources toward curbing targeted violence — and UPTV wants to help them better connect with central Pennsylvanians.

“[They] have the relationship-building abilities to help somebody that may be on the verge of committing suicide, or committing acts of violence against groups,” he said. “Politicians are not going to solve those problems, so we have to.”

UPTV is funded by a $769,190 grant from the U.S. Department of Homeland Security’s Center for Prevention Programs and Partnerships. It will be led by Urban Rural Action, an organizing group designed to “bring Americans together across divides to tackle our country’s most urgent challenges.” Each individual project will have a $10,000 budget.

“One of the best ways to build relationships is through problem solving,” he said.

“I realized while working in those countries, but paying attention to what’s happening in my own country, is that a lot of the same dynamics that fuel violence overseas exist in the United States,” he said.

He said those include political dysfunction and polarization, divisive rhetoric from elected officials, and mis/disinformation.

“The idea behind UR Action was to apply the same approaches that have worked to prevent violent conflict overseas to the United States,” he said. “I mean bringing people together to build relationships across our differences, engaging in constructive dialogue, and problem solving.”

UPTV launches in Gettysburg on Feb. 18, 2023 and will run through August 2024. Membership is open to anyone 18+ in Adams, Dauphin, Franklin, and York counties.