Unidentified equipment purportedly to be used in an inspection of Fulton County's 2020 voting machines on Jan. 14, 2022. The inspection did not proceed as planned after the Pa. Supreme Court ordered a halt. 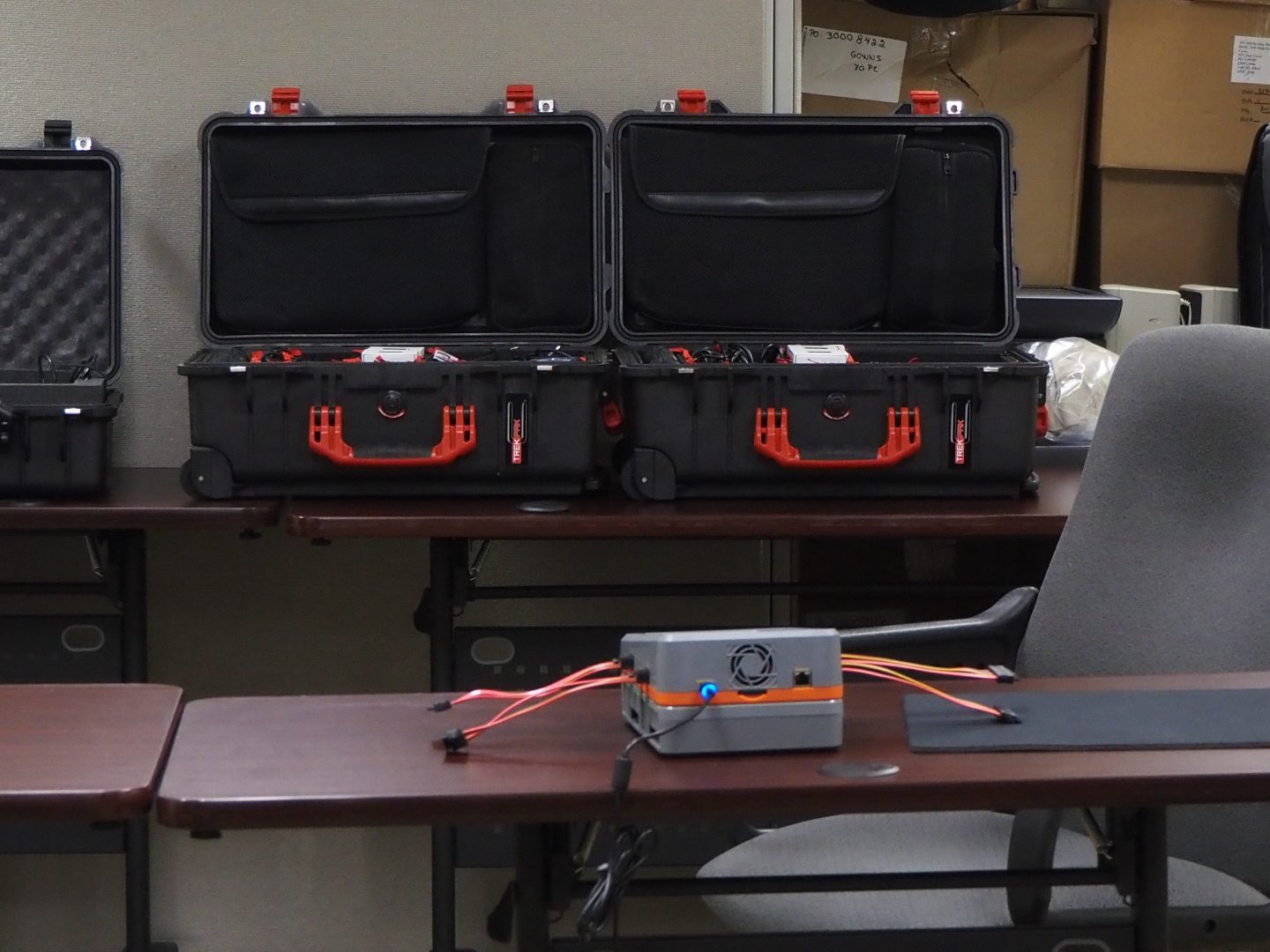 Unidentified equipment purportedly to be used in an inspection of Fulton County's 2020 voting machines on Jan. 14, 2022. The inspection did not proceed as planned after the Pa. Supreme Court ordered a halt.

(Harrisburg) — A Pennsylvania judge has recommended the state’s high court impose civil contempt penalties against a Republican-majority county government that this summer secretly allowed a third party to copy data from voting machines used in the 2020 election lost by former President Donald Trump.

She recommended that the justices find that the county, based on the actions of Republican Commissioners Stuart Ulsh and Randy Bunch, “engaged in vexatious, obdurate, and bad faith conduct” in their lawsuit against the Department of State over whether a 2021 inspection by another outside group meant the machines could no longer be used.

Cohn Jubelirer, an elected Republican, recommended that the county be ordered to pay some of the state’s legal fees and that the Dominion Voting Systems Inc. machines in question be turned over to a third party for safekeeping at the county’s expense.

Dominion has been the subject of right-wing conspiracy theories about the election supposedly being stolen from Trump. It has since filed a number of defamation lawsuits against his allies and right-wing broadcasters.

Messages seeking comment were left Friday and Saturday for Pottstown lawyer Thomas J. Carroll, who represents Fulton County, Ulsh and Bunch. Messages were left Saturday for Ulsh, and Bunch did not answer his phone.

The judge noted that during a three-day hearing earlier this month, Ulsh and Bunch invoked their Fifth Amendment right against self-incrimination “in response to the vast majority of questions asked of them on direct examination.”

Cohn Jubelirer’s report was commissioned by the state Supreme Court after lawyers for acting Secretary of State Leigh Chapman sought a contempt order. The request for the order was based on Bunch and Ulsh’s disclosure in separate litigation in September that Speckin Forensics LLC of Lansing, Michigan, had copied hard drives in July from Democracy Suite 5.5A voting machines that Fulton County had rented from Dominion.

The Department of State ordered the county to stop using its rented Dominion machines after Bunch and Ulsh allowed one group, Wake TSI, access to them as part of an effort to help Trump’s failed efforts to reverse his defeat. Fulton County, Bunch and Ulsh sued to challenge the state’s order that the machines could not be used in future elections, and Fulton County has since been using other machines.

“All chain of custody has been broken, and it is now impossible to determine what the state of the Dominion Voting Equipment was immediately after the Wake TSI Inspection,” Cohn Jubelirer wrote. “That is, the Speckin Inspection rendered the voting equipment unreliable as evidence of what Wake TSI did, and it is impossible to reverse that effect.”

The Department of State had told counties they were not allowed to provide others such access to voting machines. Ulsh and Bunch were moments away from permitting a third group, Envoy Sage LLC, to inspect the machines in January when the state Supreme Court put that on hold. The inspection planned in January was to involve computers, electronic poll books, ballot scanners and possibly more.

Litigation over the Envoy Sage inspection and the state’s order prohibiting outside access was planned for Supreme Court oral argument last month before the Department of State notified the justices of the Speckin inspection and sought penalties. The high court took the matter off its calendar and asked Cohn Jubelirer to investigate.

Cohn Jubelirer said the justices should not grant Chapman’s request that they dismiss the lawsuit that Fulton County, Ulsh and Bunch have pending against her. Instead, Cohn Jubelirer said that during the ongoing litigation any facts related to the machine inspections should be “conclusively established” in Chapman’s favor.

Rural Fulton County is overwhelmingly Republican and gave Trump more than 85% of its vote in 2020.

No. 11 Penn State beats Rutgers for the 16th straight time