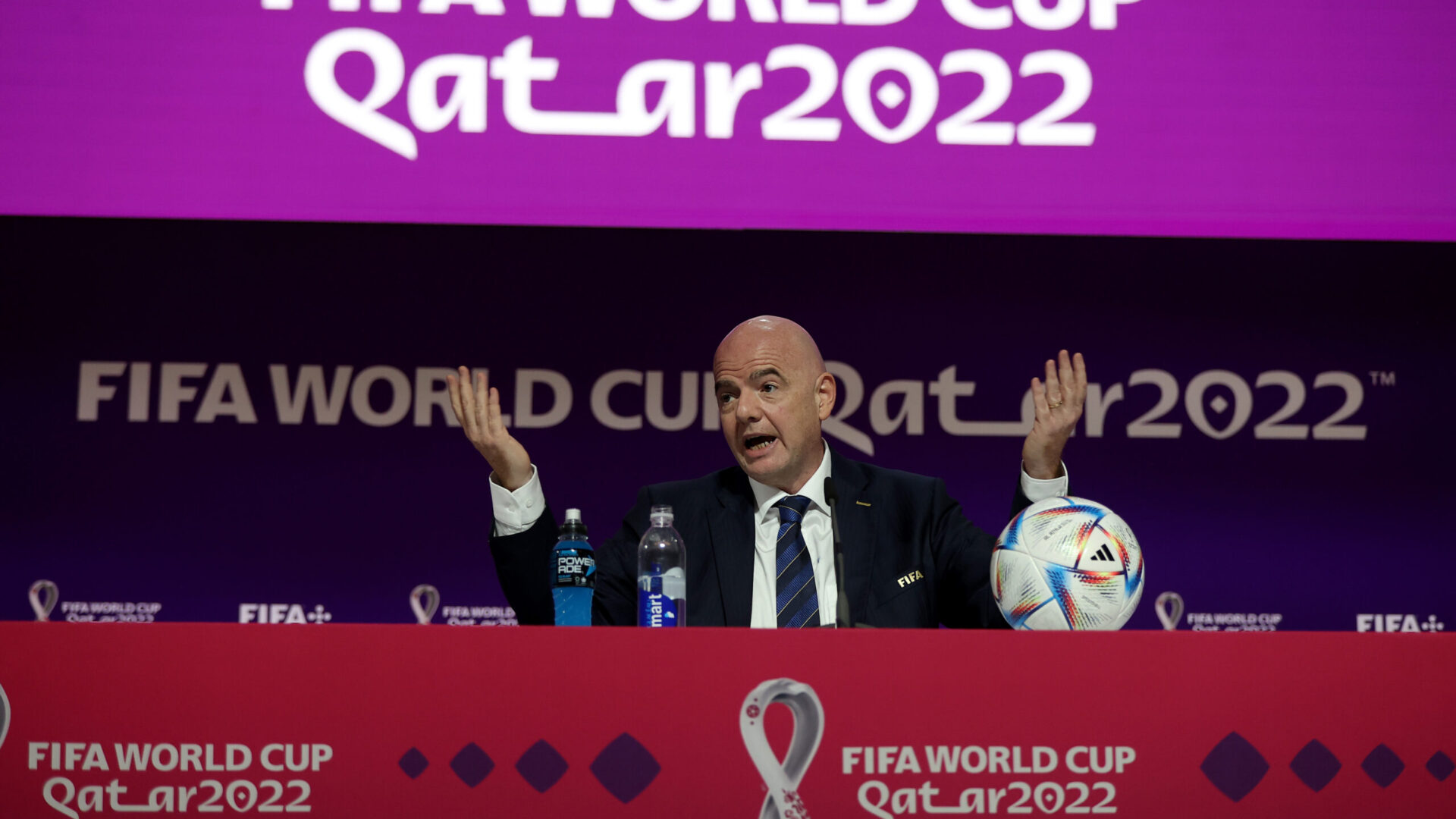 DOHA, Qatar — FIFA president Gianni Infantino used his opening press conference before the start of the monthlong World Cup to deliver a blistering tirade at the West for continued criticism of host country Qatar and its human rights record.

For an hour, Infantino lectured the international press assembled at the Qatar National Convention Centre and then took questions for 45 minutes. In lengthy, and at times angry remarks, Infantino blasted the criticism of Qatar and FIFA.

“I am European. For what we have been doing for 3,000 years around the world, we should be apologizing for the next 3,000 years before giving moral lessons,” he said.

Infantino said he has difficulties understanding the criticism and called it hypocrisy. “We have to invest in helping these people, in education and to give them a better future and more hope. We should all educate ourselves, many things are not perfect, but reform and change takes time.”

Since FIFA chose Qatar to stage this tournament in 2010, soccer’s governing body and the host country have endured withering criticism. It’s the first time a Middle Eastern country has hosted a World Cup. A report released this month from the London-based rights group Equidem said the migrant laborers who built the World Cup stadiums worked long hours and under harsh conditions. The report said they were subjected to discrimination, wage theft and other abuses.

Infantino’s news conference comes a day after FIFA and Qatar announced that the sale of beer would be banned at the eight stadiums. FIFA said the decision would ensure “the stadiums and surrounding areas provide an enjoyable, respectful and pleasant experience for all fans.”

The sale of alcohol is strictly controlled in Qatar, which follows a conservative form of Islam known as Wahhabism. Public consumption of alcohol is only allowed in certain hotels and restaurants.

Infantino said he has been assured by the government in Qatar that LGBTQ fans are welcome in the country. Same-sex relations are illegal and punishable by jail time.

The 64-game tournament kicks off Sunday with host Qatar taking on Ecuador. More than a million fans will travel to the country. Infantino said it would be the best World Cup ever.