Democratic Gov.-elect Josh Shapiro of Pennsylvania speaks during his first Capitol news conference after the election, Nov. 16, 2022, in Harrisburg, Pa.

For the first time in decades, an outgoing governor will be handing the executive branch reins over to a fellow party member. 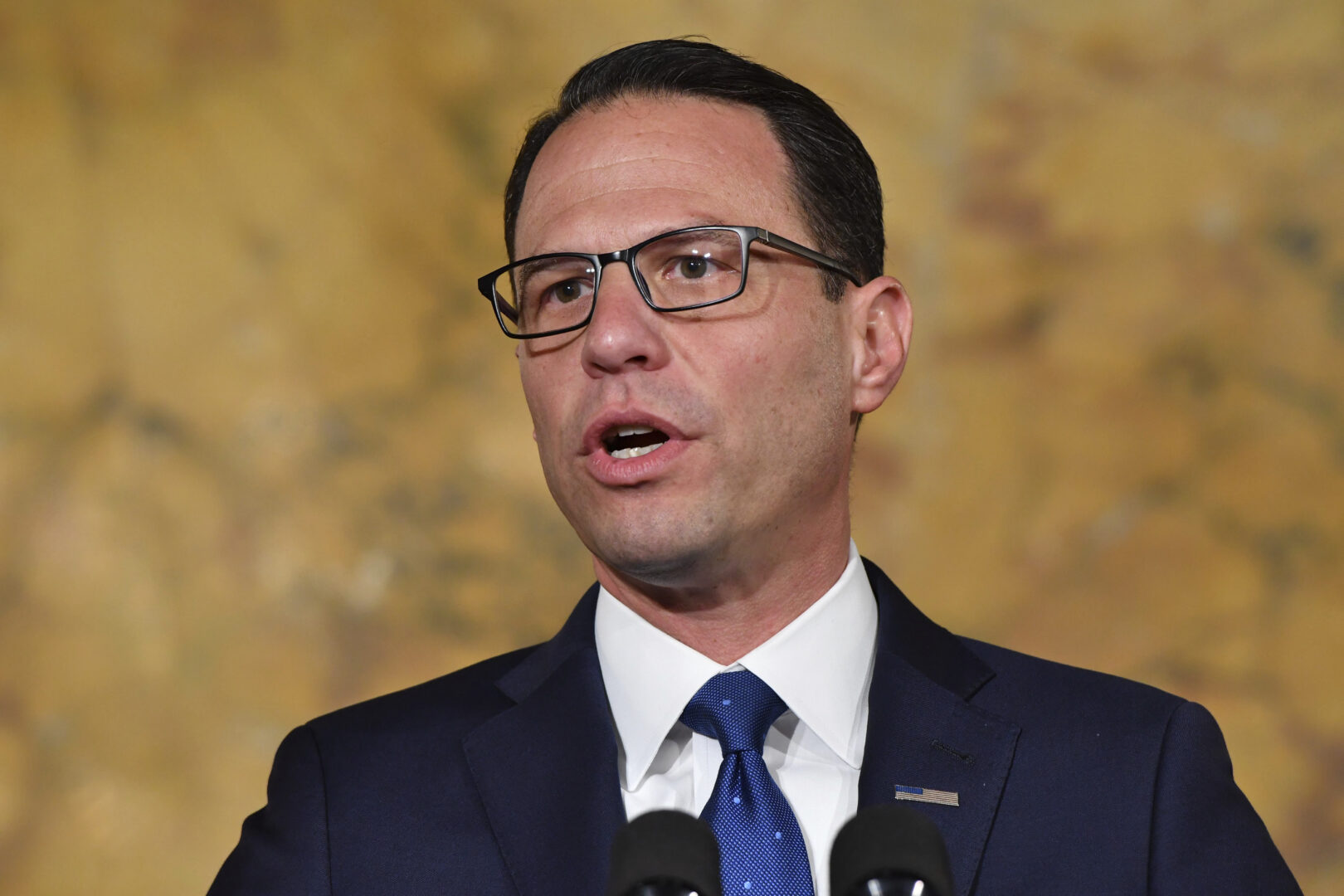 Democratic Gov.-elect Josh Shapiro of Pennsylvania speaks during his first Capitol news conference after the election, Nov. 16, 2022, in Harrisburg, Pa.

At his first public appearance since winning Pennsylvania’s gubernatorial election, state Attorney General and Gov.-elect Josh Shapiro Wednesday detailed how he’ll assume power from Gov. Tom Wolf, who will helm the AG’s office, and some of his goals for his first year in office.

“Now is when the real work begins: to meet expectations and to get things done, and to deliver real results on education, on the economy and public safety,” Shapiro said at a Wednesday press conference.

The two-term state Attorney General will have to work with a divided legislature once he assumes the governorship on Jan. 17. Democrats are poised to take control of the House for the first time in more than a decade, pending the outcome of a Montgomery County race where a Democrat was leading late Wednesday – and on the outcome of special elections for three other House seats.

Asked whether he’ll be able to get legislation over the finish line in that chamber and a Republican Senate at the same time, Shapiro seemed unfazed.

“I’m convinced we’ll find common ground,” he said. “What I heard clearly from voters is that they want us to get things done in this building, to take off the red jersey and the blue jersey and come together.”

Wolf, who has served as governor for the last eight years, said the goal is to make Shapiro’s transition seamless.

“He [Shapiro] is going to face many challenges in this endeavor, but I know the Governor-elect is up to facing these challenges. My job is to make sure that he and his team have the smoothest possible transition.”

There’s a lot to do between now and Inauguration Day. A transition team that will prepare Shapiro and Lt. Gov.-elect Austin Davis for office must be appointed. Shapiro invited people “of all backgrounds” to apply for the team online – and said he will announcd advisory committees and a leadership board next week. The campaign’s policy, finance and communications directors will all help direct the transition.

Shapiro also answered lingering questions about the transition of power in the state Attorney General‘s office. He will continue on as state AG until Inauguration Day, then one of his deputies will become the agency’s acting head. Shapiro said he’d nominate someone to fill out the rest of his term, which expires in 2024, “in the coming weeks.” The state Senate would have to confirm that appointment, though it’s unclear when or if senators will do that.

While laying out his priorities for his first year in office, the Democrat focused on his vision for education and law enforcement policy.

Leaning on many of his campaign’s talking points, Shapiro said he’d focus on offering schools more mental health resources, reduce the state’s reliance on standardized testing and boost vocational schools. In the criminal justice arena, Shapiro said he wants to improve the way the state handles police officer training and encourage local departments to hire those who “will look like the people they are there working with.”

“We should be able to walk and chew gum at the same time, which we can. That means investing more in law enforcement and investing more in things that are underlying the violence in our communities,” Shapiro said.

When asked, the outgoing Attorney General was non-committal on whether he would push to keep Pennsylvania in the Regional Greenhouse Gas Initiative, a multi-state compact aimed at cutting power plant emissions that Pa. entered in April. The policy is a centerpiece of the Wolf administration’s climate change efforts and is being litigated in Commonwealth Court.

Shapiro said he’d convene a “working group” of climate activists, energy experts and business leaders to come up with his administration’s climate goals.

“[We need to] find consensus…the kind of consensus that doesn’t raise energy prices or put anyone out of work, but really commits to addressing climate change,” he said.

On Tuesday, the state’s Independent Fiscal Office reported Shapiro may face a $1.5 billion budget deficit as soon as 2024, when Pennsylvania’s share of federal pandemic relief money will need to be spent. Wolf shrugged off the long-term prediction as a “fool’s errand,” arguing roughly $3 billion stashed away in an emergency spending account should be sufficient to see the state through such a deficit.