The Judiciary Committee voted on party lines to advance two impeachment articles against Krasner, whom the GOP blames for crime problems in the state's most populous city. 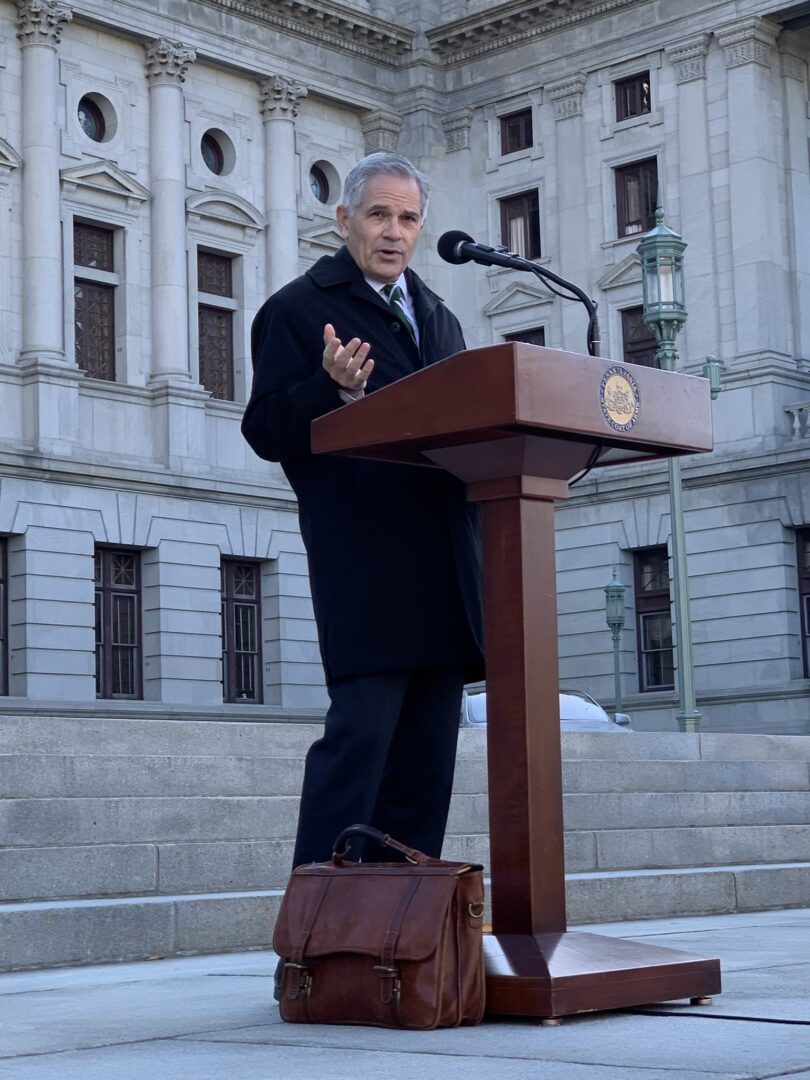 Republicans in the Pennsylvania House of Representatives on Tuesday moved closer to impeaching Democratic Philadelphia District Attorney Larry Krasner, with GOP leaders saying a floor vote to send it to the Senate was expected Wednesday.

The Judiciary Committee voted on party lines to advance two impeachment articles against Krasner, whom the GOP blames for crime problems in the state’s most populous city.

Krasner has drawn partisan Republican attacks in recent years after successfully getting elected on a platform of progressive positions regarding bail policies, reduced lower-level crime prosecutions and other reforms. He easily won reelection last year.

The impeachment proposals claim that Krasner’s leadership has been a direct cause of increasing violent and property crimes and that he obstructed the House’s work by not sufficiently complying with a subpoena from the legislative committee investigating him.

“His dereliction of duty and despicable behavior is unacceptable and cannot be tolerated,” said Rep. Martina White, the resolution’s prime sponsor and the only Republican who currently represents Philadelphia in the House.

“Who oversees the district attorney in Philadelphia? We do — we are the only body who can take action to impeach the man for what he has done to our city,” White said before the committee vote. 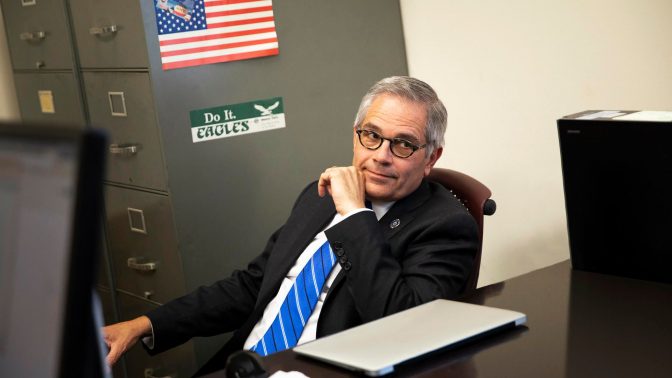 Krasner’s office put out a statement defending his record and saying House Republicans were “proving yet again that they have no desire to govern responsibly — even as Pennsylvanians sent a strong message that there are consequences for their war on democracy and their failure to deliver on positive changes to the communities they are supposed to represent.”

Rep. Jason Dawkins, D-Philadelphia, said the city’s crime was a pivotal issue in Republican messaging during the recent election, when Democrats picked up about a dozen seats and may have reclaimed state House majority control after 12 years. Dawkins’ attempt to delay the committee vote by holding a hearing also failed on party lines.

Other Democrats argue Krasner has not been accused of any crime rising to the level of impeachment, leading many to denounce the effort as politically-motivated. Rep. Mike Zabel (D-Delaware) warns Democrats could “prosecute their political enemies” as well if they take control of the House chamber from the GOP next year.

House Majority Kerry Benninghoff, R-Centre, said after the committee vote that he had no doubt the proposal will be voted on by the full chamber on Wednesday. If it passes in the House, Speaker Bryan Cutler, R-Lancaster, will have to appoint two Republicans and one Democrat to manage the Senate trial.

The Legislature’s two-year session ends Nov. 30, raising questions about whether the state Senate will have time to put on a trial if the House does, in fact, impeach Krasner. But Judiciary Committee Chairman Rob Kauffman, R-Franklin, said he believes the Senate can take it up next year because half the Senate’s seats did not go before voters in last week’s election.

“That would be the school of thought,” Kauffman said.

Krasner spokesperson Jane Roh said in an email Tuesday that “it is our belief that this effort will not carry over into the new legislative session,” which gets underway in January.

Sen. Kim Ward, R-Westmoreland, said she would direct the Senate to hold the trial soon after the House vote, even if it means scheduling more session days this month. Ward was elected to lead the chamber as interim President Pro Tempore Tuesday afternoon.

“If they send [impeachment articles], we absolutely cannot ignore what they send,” Ward said.

A two-thirds vote in the Pennsylvania Senate is required for removal, as occurred most recently with the 1994 vote to remove Rolf Larsen from the state Supreme Court.