Have Democrats flipped the Pa. House? The latest on the deciding races.

Attorneys for Democratic and Republican candidates in two close, still-uncalled races are haggling over whether to count several dozen provisional ballots. 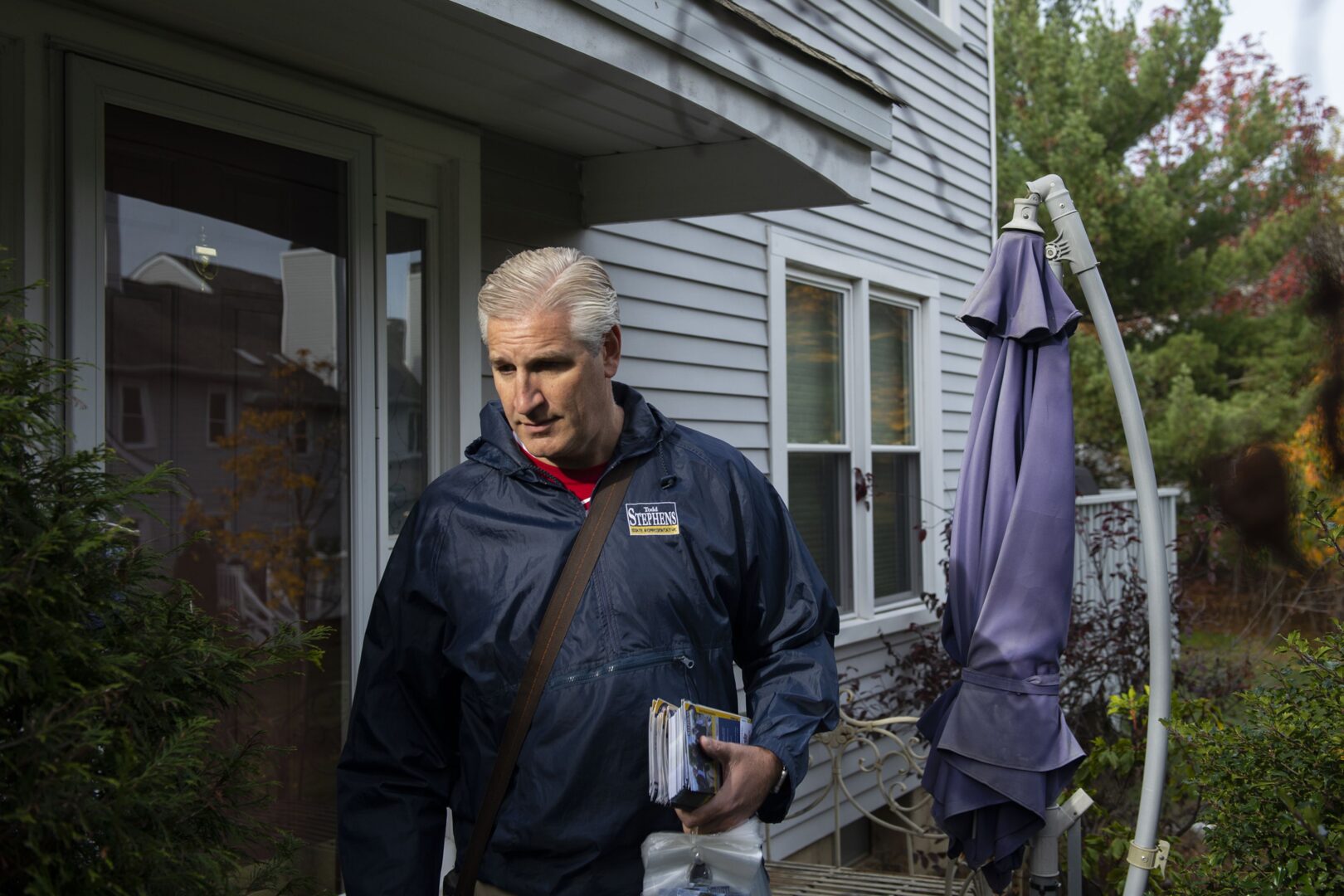 With control of the Pennsylvania state House on the line, attorneys for Democratic and Republican candidates in two close, still-uncalled races are haggling over whether to count several dozen provisional ballots.

The arguments mostly come down to relatively minor issues with the ballots — like a voter signing in one place instead of two, or writing an incorrect date.

Adam Bonin, who represents the Democratic candidates in both races, said Republicans are leading these efforts to disqualify ballots, and described them as “really ticky-tack challenges that are being filed opportunistically to try to disenfranchise Democratic voters.”

Democrats, he said, are filing similar challenges to throw out GOP votes. He characterized those challenges as an effort to maintain parity.

Shohin Vance, an attorney representing the Republican candidate in the undecided race in Bucks County, acknowledged that GOP attorneys did initially challenge a group of ballots that had been cast solely by non-Republican voters, but added, “I strenuously disagree with the characterization that our challenges are along partisan lines.”

He said GOP attorneys had previously objected to certain groups of mail ballots regardless of party, and that he willingly agreed with Democratic attorneys when they insisted on also challenging GOP ballots.

These few dozen ballots matter because both undecided races are extremely close.

There are just a few hundred votes still to be counted in that district. County spokesperson Kelly Cofrancisco confirmed that as of Tuesday afternoon, the district had 36 uncounted military and overseas ballots but could still accept more until 5 p.m.; 49 mail ballots submitted by people who hadn’t initially verified their identities; and 249 provisional ballots.

County officials plan to consider provisional ballots Friday, making that likely the soonest day when results will be available in that race.

Despite the fluctuating count, Democratic operatives told Spotlight PA they still stand behind their assessment that there aren’t enough remaining GOP ballots to keep the 151st House seat from flipping to their party — the only win they would need to take control of the chamber.

“We’re feeling confident in where we are and that Todd Stephens’ attempts [to] throw out ballots will be unsuccessful,” said one Democrat, Jason Salus, who heads the Montgomery County Democratic Committee.

In the open 142nd race in Bucks County, Republican Joseph Hogan led Democrat Mark Moffa by 114 votes as of Tuesday. But as in Montgomery, that total doesn’t include provisional, overseas, and military ballots. It also doesn’t include a few dozen ballots submitted to drop boxes that had been temporarily set aside because they’d been tied up in investigations of people dropping off multiple ballots.

James O’Malley, a spokesperson for Bucks County, said Tuesday that the county still has about 275 provisional ballots left to be counted, but some of those will likely be invalidated based on challenges from candidates, or because they are deemed invalid for another reason.

In meetings Monday and Tuesday, attorneys for candidates and county parties in Bucks and Montgomery Counties filed challenges to several categories of provisional ballots.

Documents shared with Spotlight PA show that in Montgomery County, Republicans filed 45 such challenges and Democrats filed 12. According to Bonin, both parties are only filing challenges to ballots not submitted by members of their own party.

Three arguments recur most often in the Montgomery County challenges.

Provisional ballots could also be excluded for other reasons — for instance, if county officials find that the voter already cast a valid ballot by mail, or if they weren’t eligible to vote in the first place.

The challenges in Bucks have been similar — people with knowledge of the litigation said both parties had challenged between 20 and 30 ballots that county officials deemed eligible based on relatively minor flaws, like voters signing them only once by mistake.

In both races, county officials have set aside some number of regular mail ballots because they have a missing or incorrect date or signature, or are missing their inner secrecy envelope. Pennsylvania’s Department of State has instructed counties not to tabulate these ballots, but legal precedent on the issue remains unsettled.

Democrats could sue to have these ballots counted, using the argument that refusing to count them violates federal civil rights law.

Democrats have long seen Pennsylvania’s 151st State House District as key to them retaking the chamber, but have been repeatedly stymied by Stephens’ ability to keep appealing to an increasingly liberal electorate.

In this latest contest, Cerrato sought to make abortion — and particularly, Stephens’ party’s willingness to restrict it — a centerpiece of her campaign, while Stephens campaigned on his commitment to gun control and his endorsements from unions and environmental groups — all unusual for a Republican.

In the 142nd state House District, moderate GOP Rep. Frank Farry, who was elected in 2009, left an opening in his purple seat when he departed for the state Senate this year. Moffa, a journalist and borough council member, also highlighted his opposition to abortion restrictions in his race against Hogan, an economic planner.

This Pennsylvania county ran out of paper on Election Day. Now the district attorney is investigating.