“We're not asking for the moon here,” said Zack Tanner, president of the News Guild of Pittsburgh, which represents striking workers at the Post-Gazette. He is one of several news guild members meeting with newspaper management Monday to negotiate a new union contract.

Will the strike end? Post-Gazette union members and management are at the bargaining table 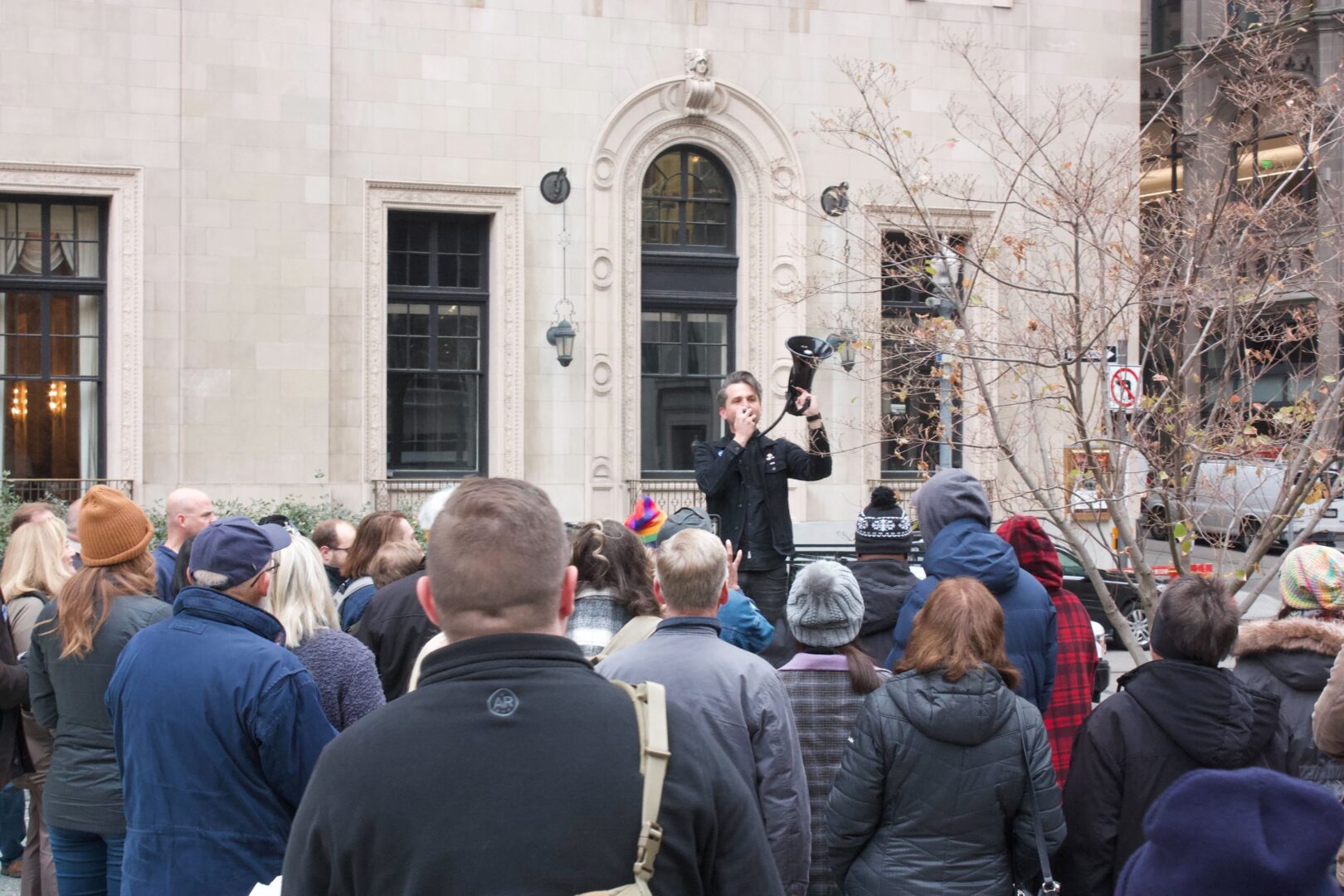 “We're not asking for the moon here,” said Zack Tanner, president of the News Guild of Pittsburgh, which represents striking workers at the Post-Gazette. He is one of several news guild members meeting with newspaper management Monday to negotiate a new union contract.

For the first time in nearly two years, the owners of the Pittsburgh Post-Gazette are meeting the newspaper’s striking workers to negotiate a new union contract.

Members of the paper’s newsroom went on strike on Oct. 16, shortly after distribution, production and advertising workers walked off the job early last month. The work stoppage marks the city’s first newspaper strike in 30 years.

Union organizers held a rally in Mellon Square before heading into the Omni William Penn Hotel in Downtown Pittsburgh, where negotiations are occurring Monday.

“The company is in there and they have ignored us for far too long. They consider us low-class,” Newspaper Guild of Pittsburgh secretary Alex McCann, a striking editor for the Post-Gazette, told the crowd. “We’re not low-class. We’re the working people of America.”

Members of the News Guild have been working without a collective bargaining agreement since March 2017. Post-Gazette management declared an impasse in contract negotiations in July 2020, after union members tried to restore the agreement in place from 2014 to 2017.

The union is asking management to reinstate conditions from the last bargained contract until a new agreement is reached and undo “unilateral changes to working conditions”, according to a statement Sunday.

Guild members also say they are asking for what they call fair pay, disability leave and vacation policies.

Kitsy Higgins, a striking advertising account representative, said she and her colleagues are asking for policies in place at newspapers nationwide: health insurance and a yearly wage increase.

“We want to be back at work. We want to be doing it for the Post-Gazette, no one else,” Higgins said. “Unfortunately, we are here because this is our only option and we deserve better.”

“We’re not asking for the moon here,” Zack Tanner, president of the news guild, added. “We’re asking for pretty reasonable things that any good faith employer would be happy to provide to their employees.”

When asked to comment on the negotiations, the newspaper’s management said the following:

“We are encouraged because this is the first request for negotiations the Guild has requested in more than two years,” Allison Latcheran, marketing director at the Post-Gazette said in a statement Monday.

To that, News Guild president Zack Tanner said union members have called on the paper’s owners to bargain in good faith multiple times.

“When the company unilaterally declared an impasse to bargaining and illegally implemented their terms in July 2020, the Guild filed multiple unfair labor practice charges with the National Labor Relations Board, which cumulated in a hearing in front of an administrative law judge in September and October,” Tanner said Monday. “The Guild never stopped bargaining and has always been ready to talk. We’re confident that we’re going to fight and win back our contract for all of the PG workers and get a new deal that keeps the paper strong for the community.”

Chanting “Pittsburgh is a union town,” leaders from United Steelworkers, Communication Workers of America and several other local and regional unions attended the rally in support of the striking workers.

“I want you to know what your being out here today means to people like me, who do not live and work here,” said Sandy Tan, president of the Newspaper Guild of Buffalo. Tan and another member of the guild, which represents workers at the Buffalo News, drove down to support the strike and picket with union members outside the Post-Gazette offices after the rally.

The Buffalo guild, which provided pizzas to strikers on the picket line last month, is also making a financial contribution to the Pittsburgh union’s strike fund, Tan said.

“The only person who can dictate your worth is you,” Tan continued. “Long after this strike is over, no matter how this strike is resolved, that will always stick with you. Never forget it.”

Jails fail to accommodate people with mental illness. In some cases, it's a civil rights violation.