LANSING, MI - NOVEMBER 08: A man votes in the 2022 midterm election on Election Day on November 8, 2022 in Lansing, Michigan. After months of candidates campaigning, Americans are voting in the midterm elections to decide close races across the nation. (Photo by Bill Pugliano/Getty Images) 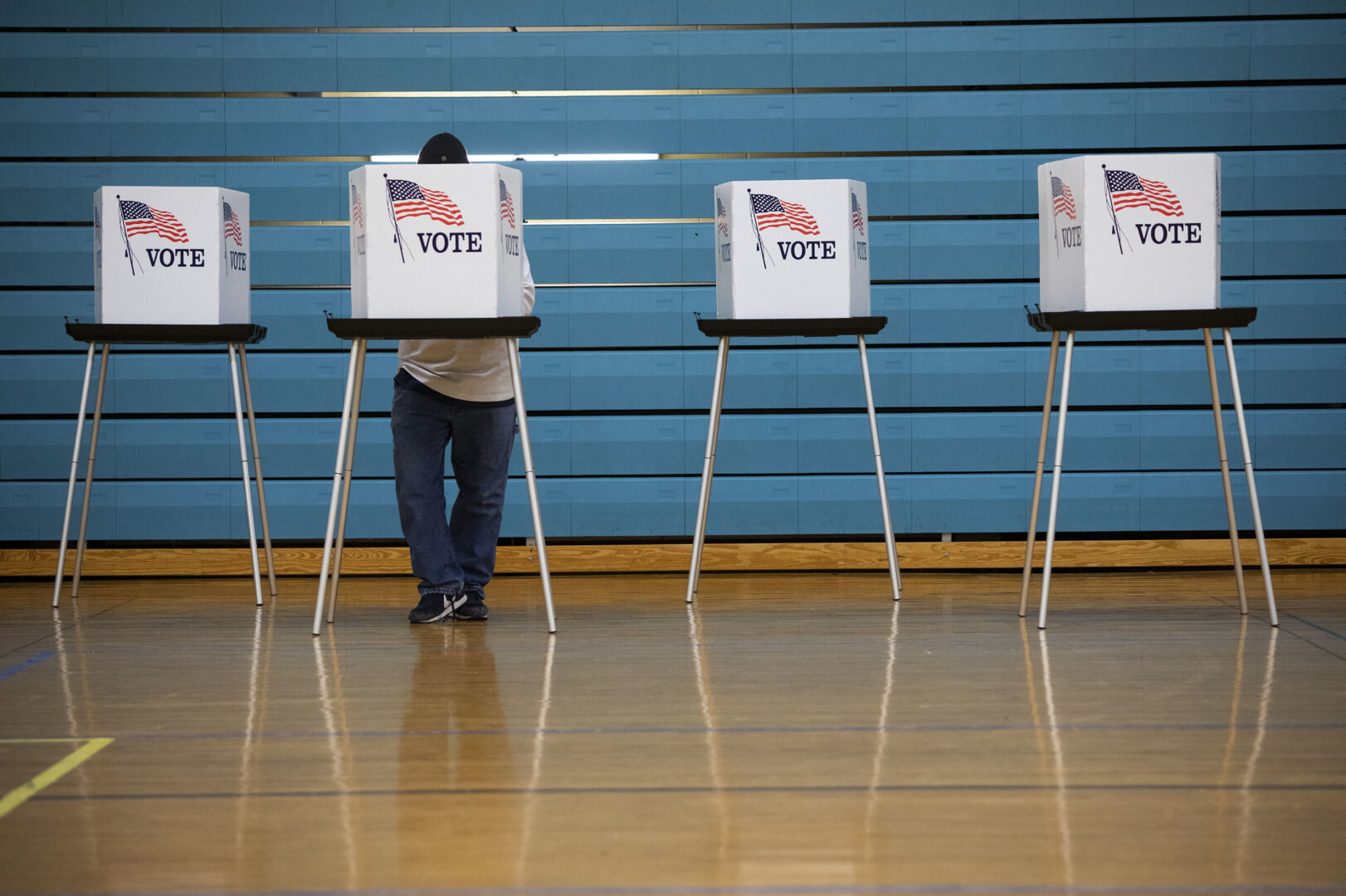 LANSING, MI - NOVEMBER 08: A man votes in the 2022 midterm election on Election Day on November 8, 2022 in Lansing, Michigan. After months of candidates campaigning, Americans are voting in the midterm elections to decide close races across the nation. (Photo by Bill Pugliano/Getty Images)

Audit the Vote PA questions the integrity of Pennsylvania’s elections based, in part, on flawed demographic data acquired through door-to-door canvassing which often conflicts with Pennsylvania’s voter rolls.

York County Commissioners met with members from the group – just three weeks before the midterm elections – and came to an agreement: The county would recount some of its votes – by hand – regardless of the results.

Officials stand by the decision, but some say the county should not have given this group any unearned credibility by honoring their request.

President Commissioner Julie Wheeler said it was an effort to increase trust in the electoral process.

“This was a decision made after we had met with them,” she said. “One of the core values of York County government is being transparent. And this is just an example of us living up to that value. Walkin’ the talk and being transparent with our voters.”

On Election Day, things went smoothly across Pennsylvania and no major incidents were reported that would’ve changed any results.

So, two days after the elections with their results in-hand, poll workers began the recount.

They started by sorting precincts into three categories based on size, and chose one precinct from each: York City 8, West Manchester Township 4, and Jacobus Borough. They then sorted the ballots by candidate – for just the Governor’s and Senate races – and re-tabulated them.

“It is unprecedented that any county would agree to do this. Recounts are governed by the election code. They are usually brought by candidates,” she said. “It’s not insignificant to do a recount, but I understand why they may have been motivated to do it in this instance.”

Schneider said this is an example of a government doing what they believe is best, even if it’s not included in a statute. She compared it to Lancaster County accommodating its large Spanish-speaking population.

“They are not covered under the Voting Rights Act,” she said. “But [county officials] have provided voting materials in English and Spanish for a number of years. They’re not required to do it. Nobody’s making them do it. But it’s the best practice and it helps voters.”

She said the county could also be trying to get out ahead of Audit the Vote PA’s election fraud claims.

“So the next time they go in and tell the York County commissioners that there’s something wrong with the election administration, the commissioners can say, ‘But you hand counted all those, so I don’t understand,’” Schneider said. “You asked us to do this. We did it, and there was no discrepancy.’”

He said the county made a mistake by letting the group influence how it runs elections.

“You start with the premise, which they appear to do, that these elections are rigged and fraudulent,” he said. “Then I think objectively, you’re just reinforcing the narrative that in the first instance, the election results are not credible.”

Jones said election officials should take pride in how well the midterms were run, given how few election challenges were filed in court.

But he said York County’s decision will only embolden more conspiracy theorists.

“The fact of the matter is, if you acquiesce or accede to the wishes of groups like this, there could be no end to it,” he said. “No one should believe that Audit the Vote PA is going to go away or drop this false narrative that elections are rigged. They’ll just move on and plant the flag someplace else.”

“Studies demonstrate that when you take a human being and you give them a tedious job, which certainly counting votes is about as tedious as it gets, that their minds wander and they’re subject to make errors,” he said. “You’re apt to get results that won’t jibe, then of course, [Audit the Vote] would be screaming foul.”

After four hours of recounting close to 2,000 ballots, the recount returned the same results as the original voting machines.

The ACLU’s Marian Schneider said transparency should be key for election officials ahead of the 2024 presidential election.

“Hopefully in this cycle, there was some ability to have a firsthand view of how elections work and what actually happens and why it happens. That would lead to greater understanding. That’s what the hope would be.”

Misinformation about the 2022 midterms in Pennsylvania continues to spread, even as state election officials try to be more transparent by holding regular briefings and publicly debunking conspiracy theories.

Doug Mastriano concedes he lost the election to Josh Shapiro