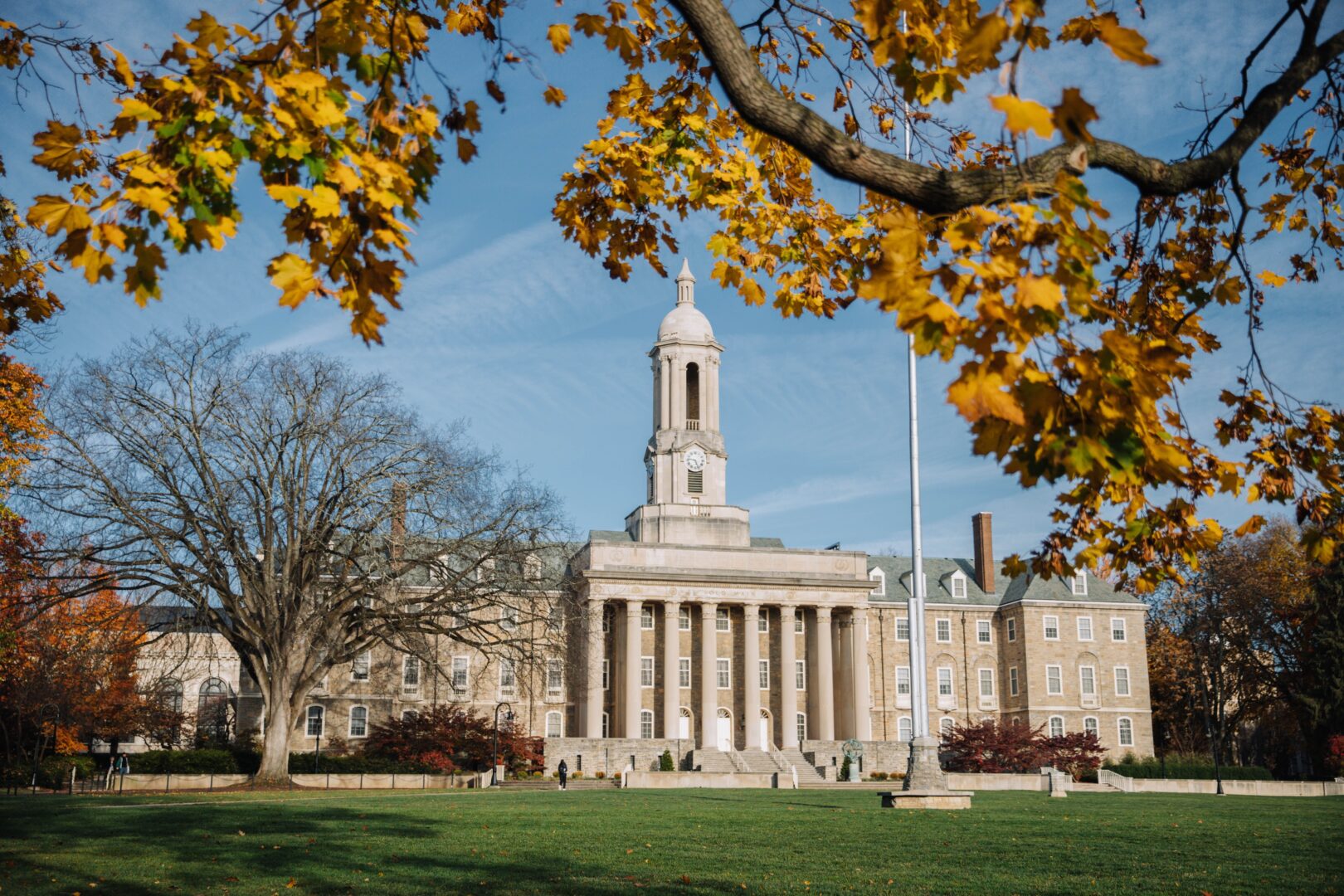 Hundreds of Penn State employees are challenging the university president’s leadership and commitments, while internal documents obtained by Spotlight PA show fracturing within the university over how to best address racism.

The fallout comes after two high-profile decisions by Penn State officials last month: the canceling of a planned Center for Racial Justice, and the initial decision not to cancel an event featuring two far-right activists, only to later do so citing “the threat of escalating violence.”

Since then, more than 400 professors and lecturers have signed on to a letter questioning new President Neeli Bendapudi’s commitment to racial justice. Last week, faculty led a protest outside Old Main to voice similar concerns.

Internal letters and emails between faculty and university leaders show private discord as well. One faculty committee focused on diversity told administrators the university’s recent actions are undermining its work, while a dean described the now-canceled Center for Racial Justice as “mainly performative” despite previously supporting the project.

The pushback comes as Bendapudi presents some of her plan to fight racial inequities on campus, an approach that has differed from her predecessor in some aspects. The president is expected to address faculty in a town hall next week.

In an email to Spotlight PA, Lisa Powers, senior director of university public relations, wrote that Bendapudi “remains firmly committed to the work that needs to be accomplished in our diversity, equity, inclusion and belonging (DEIB) undertakings, as well as anti-racism efforts — with stronger collaboration, a planned approach and accountability across the University.”

On Oct. 24, a student group hosted two far-right activists — one with connections to the Proud Boys, a violent extremist group — for a “comedy” event on campus. Despite repeated public statements from Penn State leaders calling the speakers’ views “abhorrent,” officials declined public calls to cancel the event citing the constitutional right to freedom of speech. The student group paid the activists $7,500 in student fees for the appearance.

That evening, protesters gathered outside the campus building where the event was scheduled, and police did not immediately intervene when individuals in the crowd sprayed a chemical irritant at protesters, according to videos shared online. Officers from local police departments, as well as Pennsylvania State Police on horseback, were on hand to help control the crowd. Penn State then canceled the event just before it was scheduled to begin due to “the threat of escalating violence.”

“We have encouraged peaceful protest, and, while protest is an acceptable means of expression, it becomes unacceptable when it obstructs the basic exchange of ideas,” the university said in a statement that night. “Such obstruction is a form of censorship, no matter who initiates it or for what reasons.”

The speakers contributed to the violence that canceled the event, and protesters — many of whom were students — drew attention to the cause they opposed, Bendapudi said in a statement released the following day.

The university declined to answer questions from Spotlight PA about how many additional law enforcement officers were called in to assist at the protest or how much the university paid those officers.

“Penn State does not typically comment on the total expenses related to security at events for a variety of reasons,” Powers wrote.

Two days after the Proud Boys protest, Bendapudi announced she was scrapping plans to launch the Center for Racial Justice, a key commitment following the 2020 protests against racism and police brutality, and a project the university previously promoted as “just the beginning” of its anti-racism efforts.

In a private meeting with members of the search committee for the center’s director, Bendapudi cited budget concerns. The university is attempting to balance its budget by 2025 after operating at a $127 million deficit last fiscal year.

“While any plan that leads to systemic antiracism reform is welcome, these messages appear inconsistent and raise further concerns,” the faculty wrote. “Either the university did not have the resources for the center, or they had the money all along and were going to invest it elsewhere.”

Penn State declined to provide additional comments beyond those it had previously published. Penn State’s special status as a state-related university makes it largely exempt from Pennsylvania’s open records law. While the university releases its operating budget and audited financials each year, neither document provides a granular look at annual department or program budgets. The university would not answer a specific question from Spotlight PA about how the public could track Penn State’s financial pledge to diversity and inclusion efforts.

In a letter to administrators, some members of the Eberly College of Science Climate and Diversity Committee wrote that Penn State’s recent actions had undermined decades of work to promote diversity and inclusion on campus.

Canceling the Center for Racial Justice and defending the student group that hosted the far-right speakers on campus, they wrote, has been “extremely disheartening to those of us who have invested time, energy, and hope in efforts to recruit and retain diverse community members and make the College welcoming to everyone.”

On Nov. 3, faculty, staff, and students rallied outside Old Main to protest the president’s decision on the Center for Racial Justice.

In a Nov. 7 letter to colleagues, Clarence Lang, dean of the College of the Liberal Arts and a co-chair of the committee that proposed launching the center in 2020, said people discussing the center were not fully informed.

Lang wrote that while he endorsed the center after it became the recommendation of colleagues, he found it “mainly performative” and “not essential to the substantive work of diversity, equity, inclusion, and belonging at Penn State.” He had always advocated for greater investment in existing diversity programs, he wrote, offering suggestions similar to Bendapudi’s.

Leadership transitions can create distrust, he wrote, and Bendapudi, as the university’s first woman president and first president of color, is facing problems left by “an otherwise unbroken chain of white males who have led Penn State.”

“Executive administrators of color often have to assume responsibility for correcting errors they did not make, while also tolerating rituals of disrespect from colleagues — including those who present themselves as stalwart anti-racists — who question the competence, authority, and legitimacy of academic leaders of color in ways they would never do with white counterparts,” Lang wrote.

On Nov. 2, Bendapudi appointed Jennifer Hamer as special adviser for institutional equity as part of a university plan to fight racism and promote inclusion. Hamer — the interim associate vice provost for Educational Equity and a professor of African American studies and women’s, gender, and sexuality studies — will evaluate existing diversity programs, recommendations, and research across the university, according to a Penn State news release.

Bendapudi is expected to answer questions about her decision to cancel the center and the university’s response to the Proud Boys event and protest in a town hall with the faculty senate Nov. 18.

At least one group of faculty has already raised doubts about the new special adviser position. Members of the advisory board of the Restorative Justice Initiative, a university program that promotes education and engagement for people who are or were incarcerated, said in a letter to university leadership that a single person could not do the work of a cross-disciplinary center.

Bendapudi, in her Oct. 26 public statement, cited the Restorative Justice Initiative as one of several existing groups that could receive funding in lieu of the Center for Racial Justice.

Bendapudi’s statement gave the wrong impression that the initiative was involved in the decision, RJI advisory board members wrote in their letter.

The university declined to say whether Bendapudi had consulted with the named groups and institutes prior to her public announcement.