The Gaucho Solar project near the Pittsburgh International Airport in the early stages of construction. 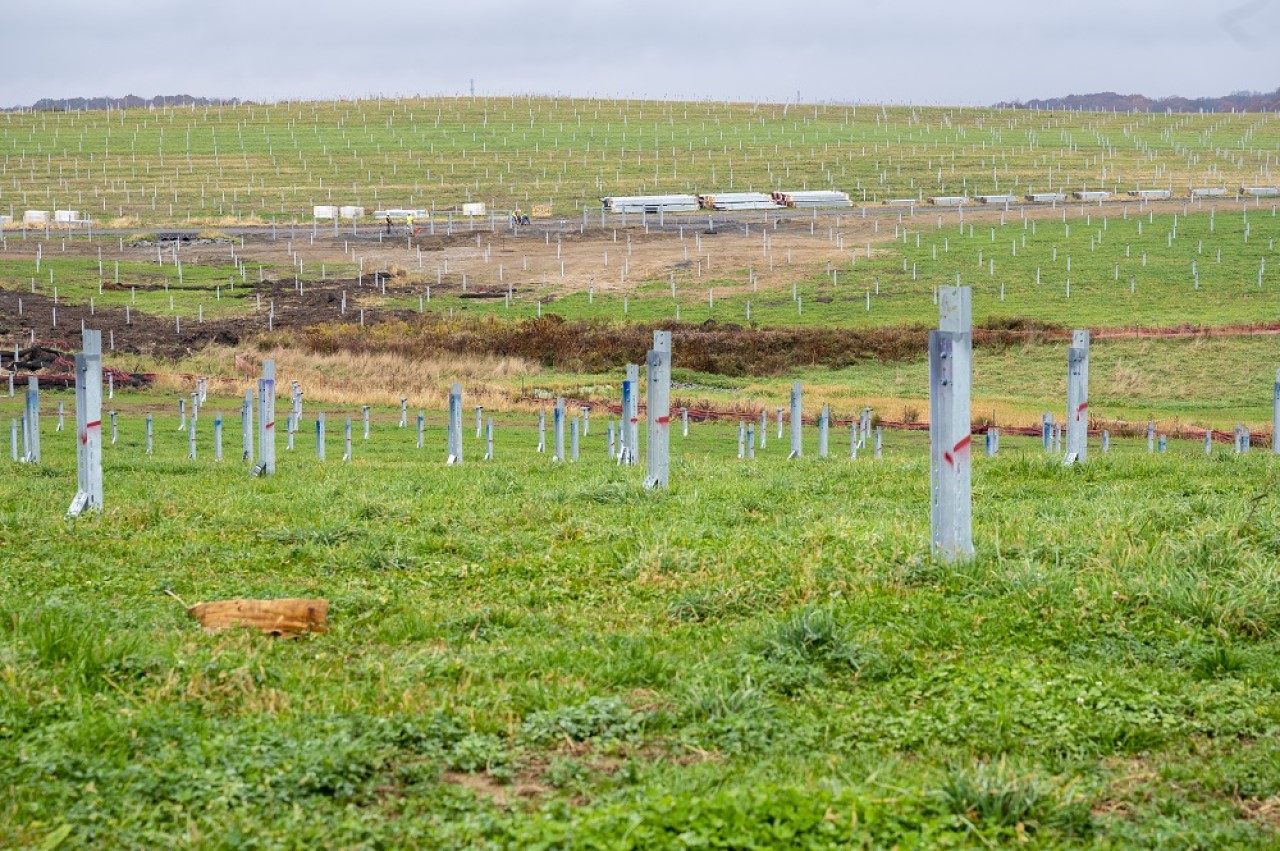 The Gaucho Solar project near the Pittsburgh International Airport in the early stages of construction.

The University of Pittsburgh is getting closer to its goal of carbon neutrality by 2037 with a new solar power agreement. While student activists call it a good step, they continue to pressure the university to divest from fossil fuels.

Texas-based Vesper Energy recently broke ground on a nearly 70-acre solar project near the Pittsburgh International Airport. It expects to be commercially operational in 2023. Vesper reached out to the university after it secured the land for its first solar project in Pennsylvania, according to a spokesperson. While there are no plans to expand the site, Vesper said the jobs during construction will benefit the region.

Pitt signed a 20-year agreement with Vesper to purchase all of the electricity produced on the site. Aurora Sharrard, Pitt’s executive director of sustainability, expects it to account for 18 percent of the energy used on the main campus.

The university wants to produce or procure half of its electricity from renewable sources by 2030 and be fully carbon neutral by 2037. Sharrard says the solar project and existing projects will get the main campus to 42% renewable energy.

“This partnership with Vesper is really the first large opportunity we’re taking as an opportunity to really pull renewables into our procurement to drastically change where our electricity is coming from,” she said.

Renewable electricity is also a big part of Pitt’s journey to carbon neutrality, Sharrard said, because it minimizes produced emissions.

While members of the group Fossil Free Pitt Coalition say the project is a good step, they continue to pressure the administration and the board of trustees to do more. The coalition represents more than 50 student clubs that support fossil fuel divestment and transparency surrounding investments.

Last month members of the group staged sit-ins every Friday outside of Chancellor Patrick Gallagher’s office in the Cathedral of Learning. While they demand the school divest from fossil fuels they also want it to reinvest in “frontline and minority communities in the greater Pittsburgh region.”

The solar project is in the same area as many of the oil, natural gas and coal producers the university invests its $5.6 billion endowment in. Junior Kanika Vaghela calls the move hypocritical.

“It kind of seems like this is more of a greenwashing tactic. Like ‘look at this cool project we’re doing’ while they’re still investing in fossil fuels,” she said.

Vaghela said she and other members of the coalition don’t see the project as a solution to climate change.

“It’s kind of become a trend for large corporations to jump on the whole carbon neutral, net zero ordeal. Yes, this is a step in the right direction. But touting it as a solution is really the wrong way to go,” she said.

The university released its first “Environmental, Social and Governance Report” on its investment in March. The student-run newspaper the Pitt News reported at the time that the university has not made any new fossil fuel investments since Feb 2021.