WITF Music: The After Hours 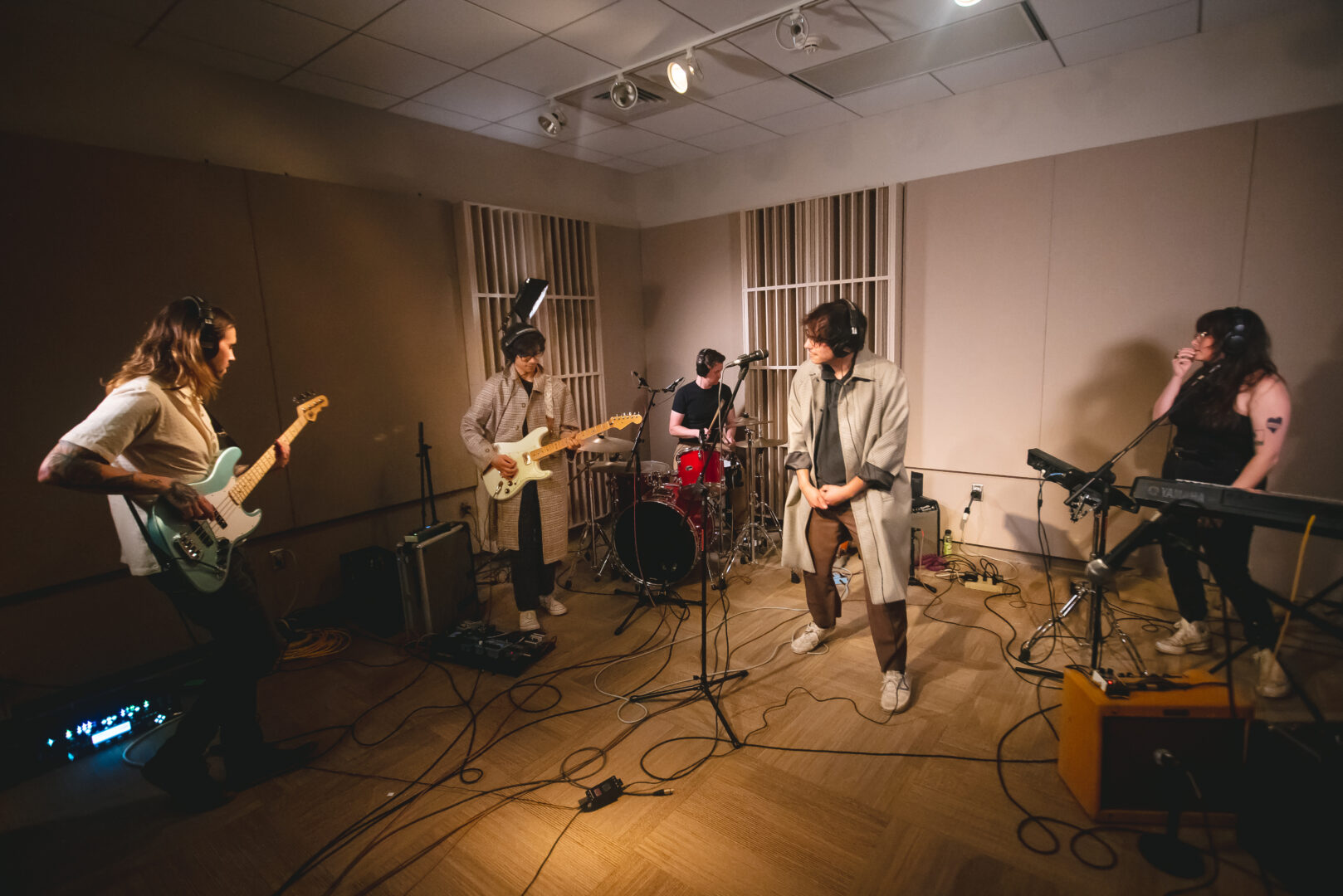 As we’re sitting on benches next to Midtown Cinema in Harrisburg, Jordan Trevino, Elena Rossetto and Sean Saman of the band The After Hours describe their smartphone app obsessions. 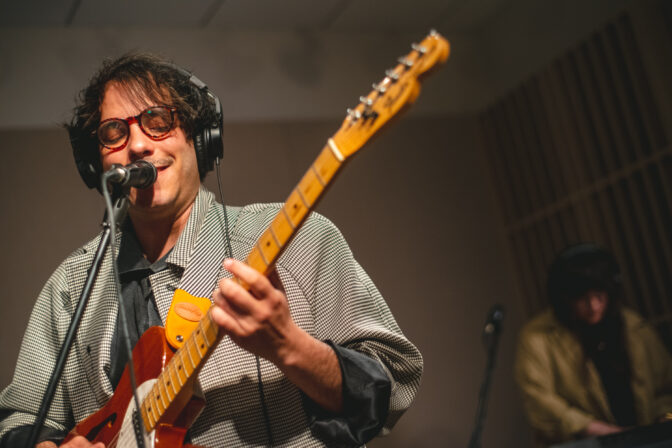 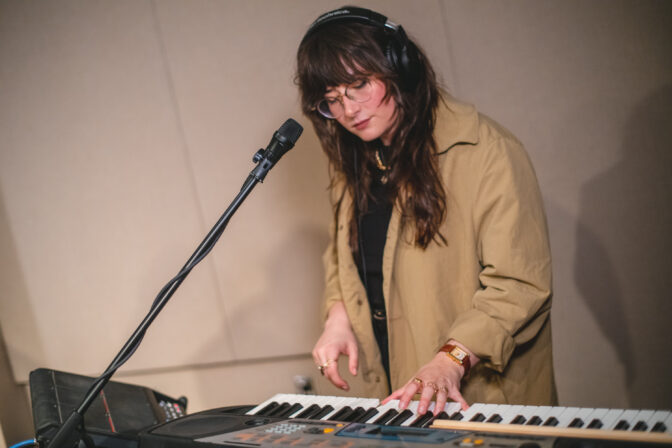 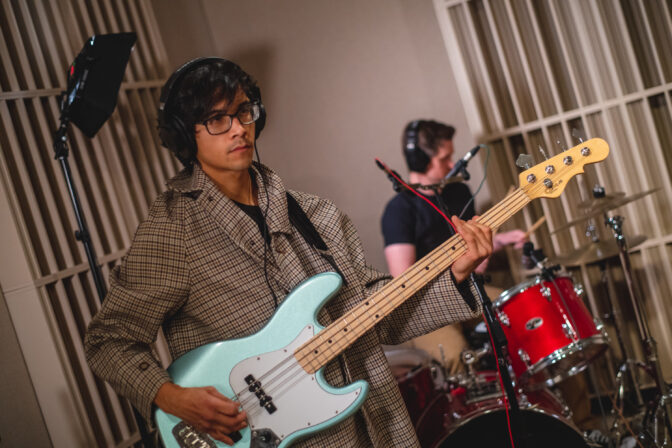 “I feel like last fall I recognized I was just too into [social media],” says Trevino. “And so I started downloading games on my phone to substitute those down times. And now I’m just addicted to games.”

I ask what she’s playing.

The three laugh as Trevino gives the details. “You win the games, the puzzles, and then you get to make the perfect aquariums.”

“And they’re all geographically different as you level up,” Rossetto adds.

While we covered the latest technology and smartphone apps, our conversation also went back in time to when video games were much more primitive, and when a handheld, touchscreen device was something only found in science fiction.

A time from which The After Hours draws musical inspiration: the 80’s.

“I think the 80’s are really romantic,” Trevino says.

“There was so many really exciting, experimental sounds, songwriting and production.”

Saman says, “It’s like almost the first time that you’re hearing those. In the eighties it was the big snare drum. The lead synths were very prominent and I feel like we take a lot from that.” 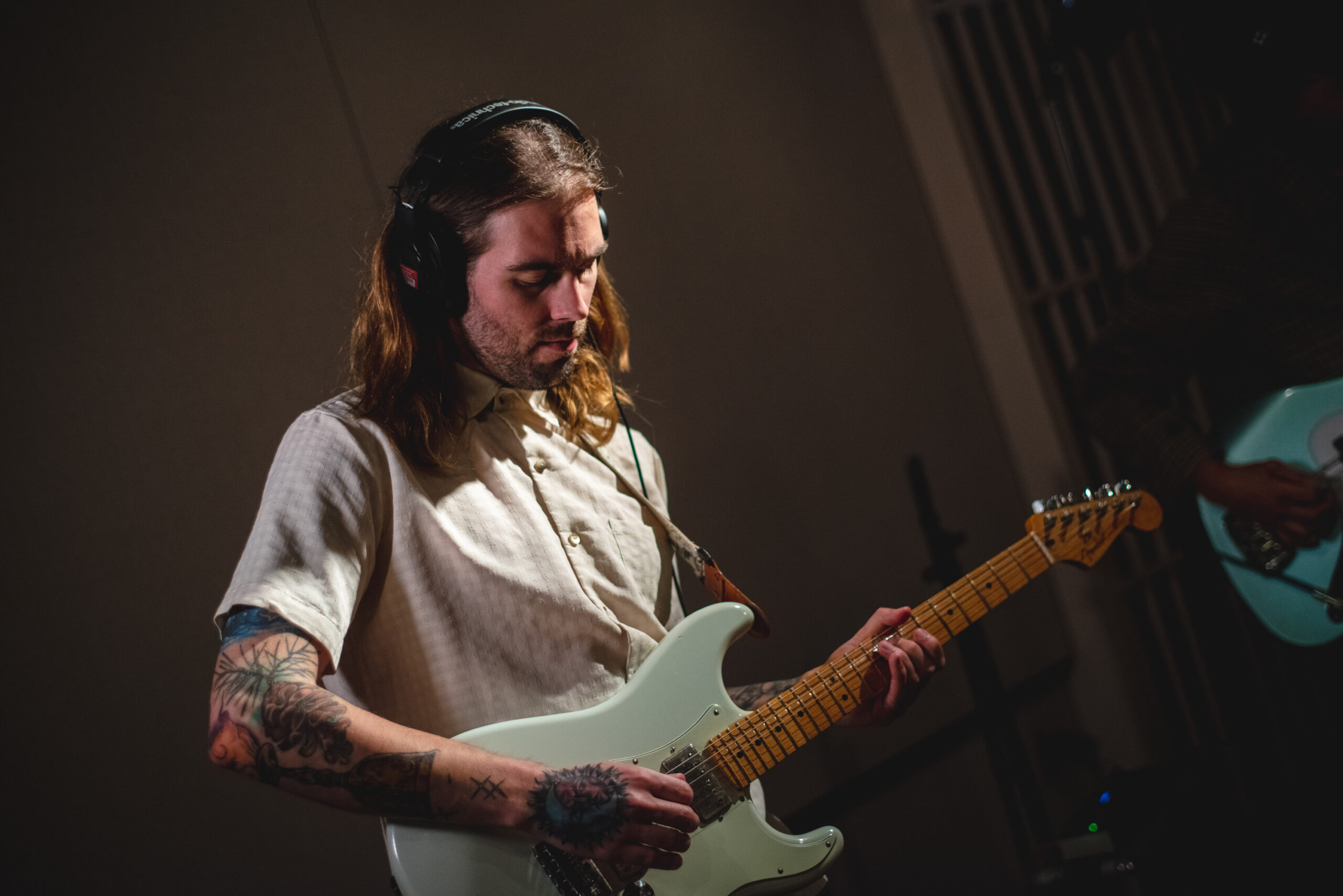 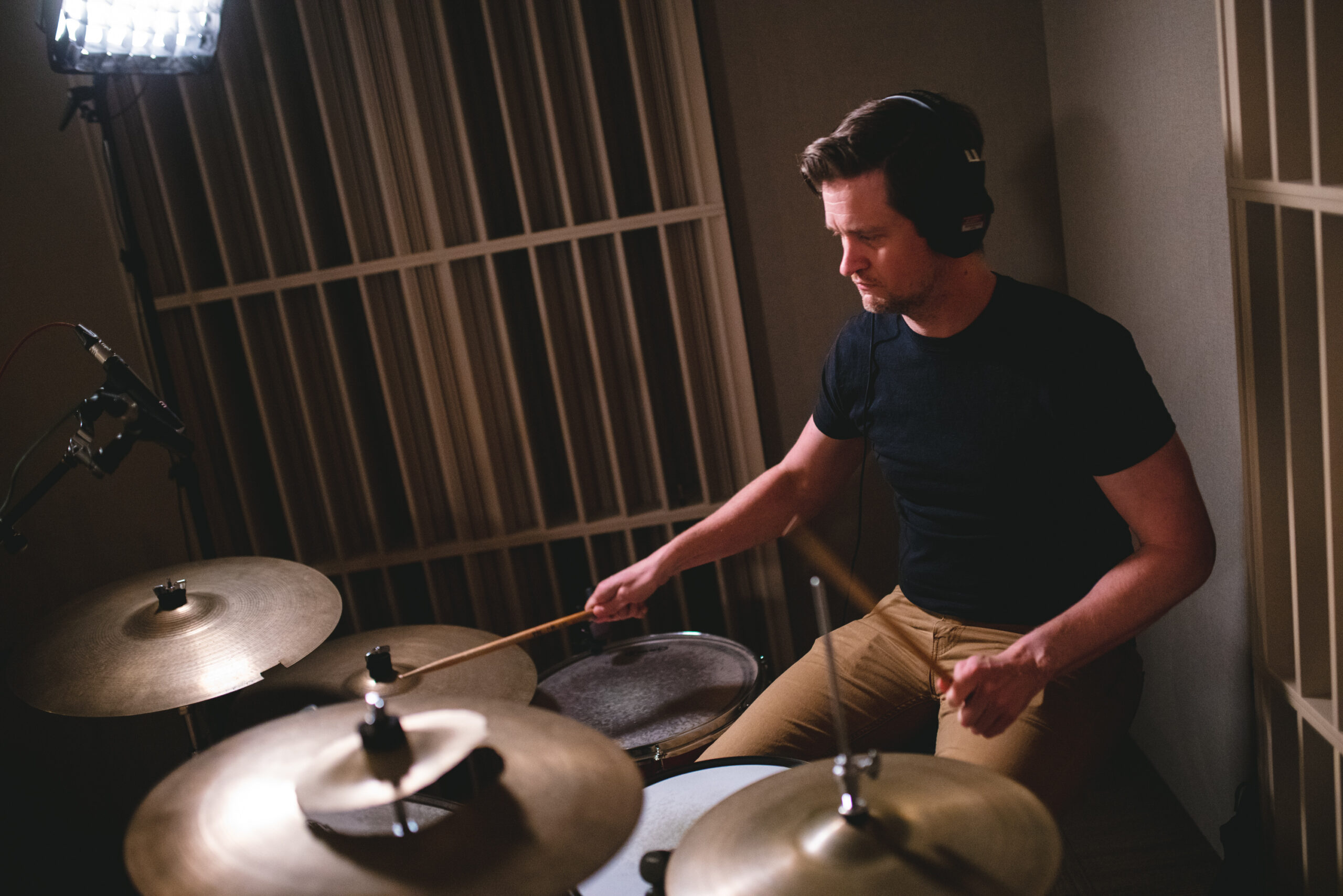 “In a certain way,” Trevino says, “It’s a little bit innocent—no cell phones, internet and stuff like that. When I think of my favorite movies and works from then, a lot of that stuff’s really reflective and nostalgic in itself. Like coming of age films and things that star children like Goonies or Stand By Me.” 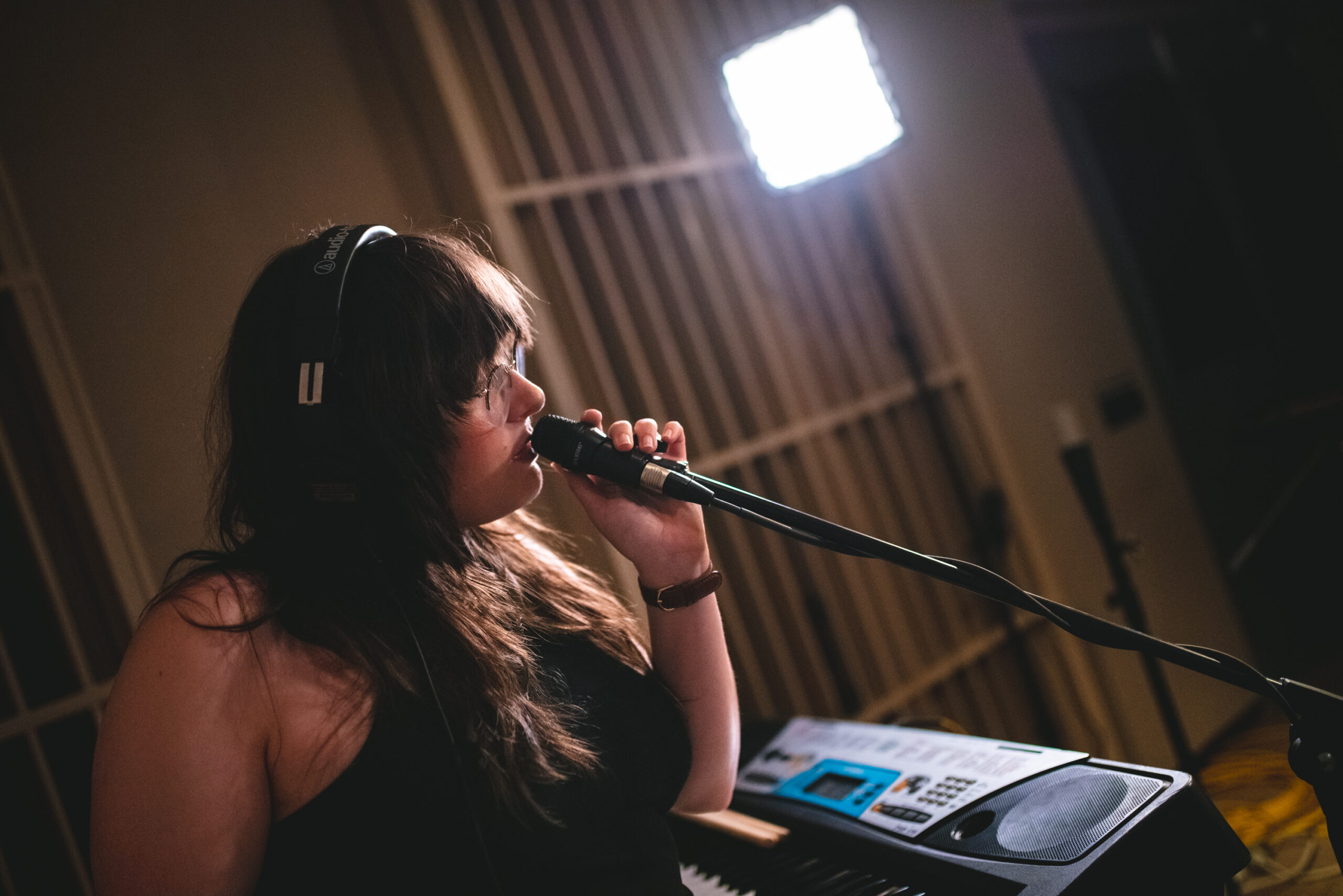 That zaniness and a spirit of playfulness manifests in the band’s use of found objects as instruments.

“There was a fun song that we distorted hitting a coffee pot as just a layer of percussion,” says Rossetto.

“To find a fun sound,” says Trevino, “That’s empowering, like a lesson. If it sounds cool or you like it, just do it.”

“Oh, and we love playing on garage sale pianos,” says Rossetto. “And finding beats and being inspired by them on just really cool Yamaha pianos.” 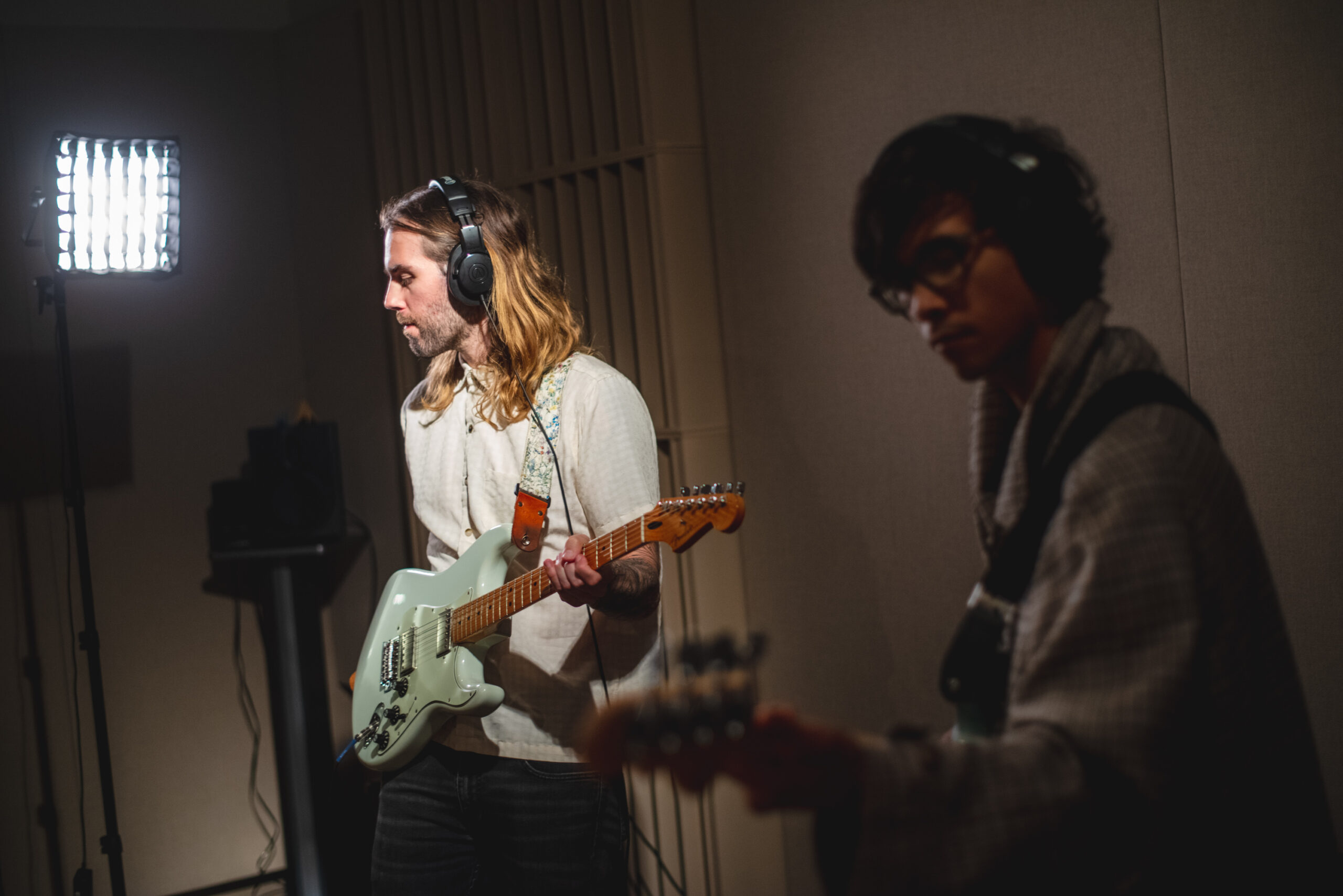 Trevino adds, “There’s something to be said for good instruments and equipment, and you need that in certain places. But I think there’s a bigger shadow cast of ‘Oh, I need to spend $10,000 to make something really sound nice.'”

“To find a fun sound — that’s empowering, like a lesson. If it sounds cool or you like it, just do it.”

The After Hours’ members keep their creative process fresh by not tying themselves to one instrument. The lack of defined roles has led to a fluid style of writing.

“The more and more we would practice,” says Rossetto, “I was drawn to the bass. And so I just started writing on it the most. And then I play the keys as well. And obviously I really enjoy singing.” 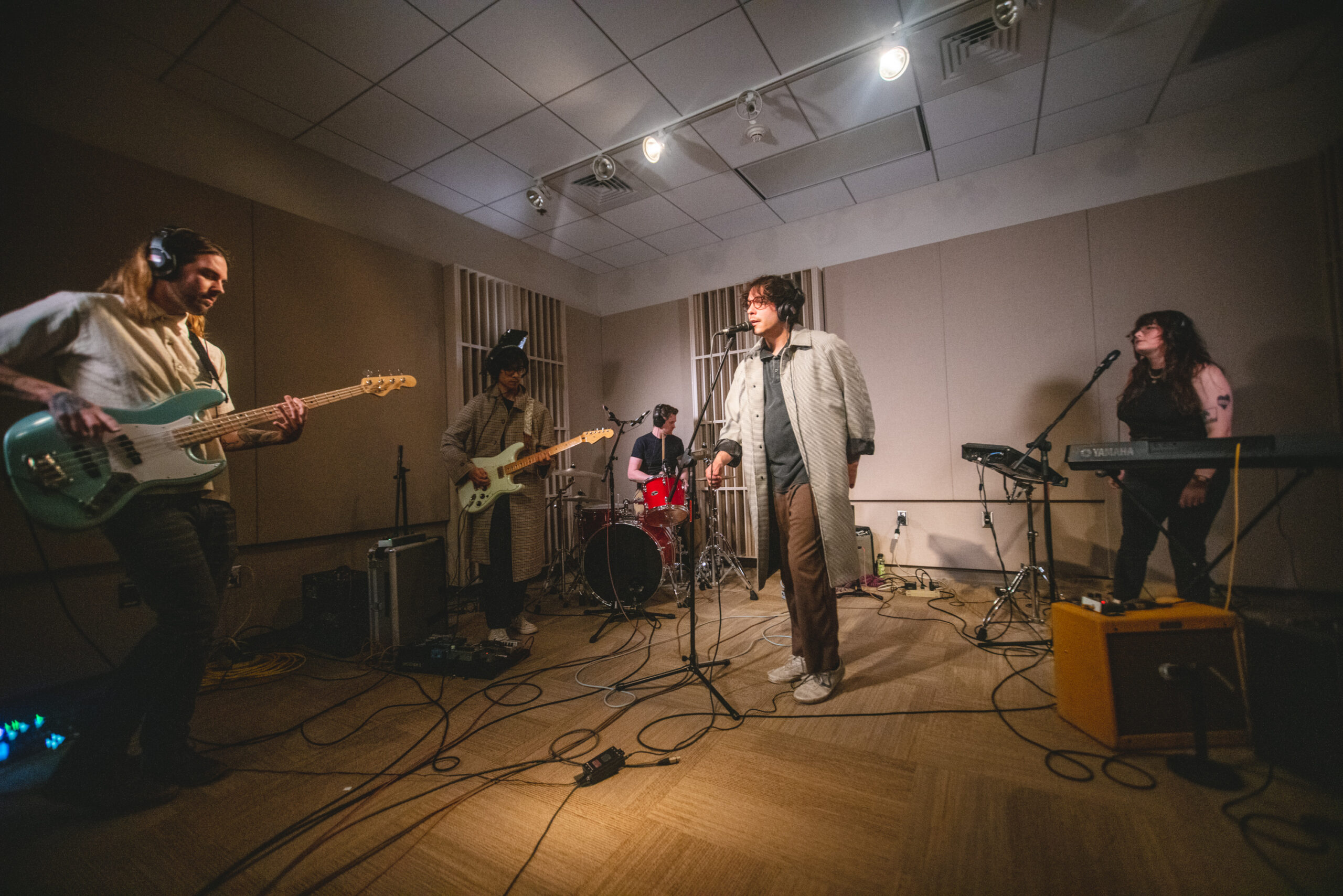 “It’s funny,” says Trevino. “We all look at each other and smirk when someone [asks] ‘What instrument do you play in the band?’  I don’t think it was intentional in the beginning necessarily. I feel like there’s so little ego behind what instrument’s in our hands.”

Rossetto adds, “We’ll show each other what we’re writing. There was a baseline I was fiddling around with, and now Sean’s elaborated on it a lot and it sounds great, but I don’t think we’re afraid … It’s the ownership, it’s for the group.”

The conversation wrapped up and the band walked back into Midtown Cinema, where they were about to play a set before the theater’s outdoor screening that night. They were an appropriate choice for an opening act that night as the evening’s showing was an 80’s classic: Indiana Jones and the Raiders of the Lost Ark.

The Phantom Diner Reviews The 1762 at the Warwick Hotel: A Long History and a Creative New Menu