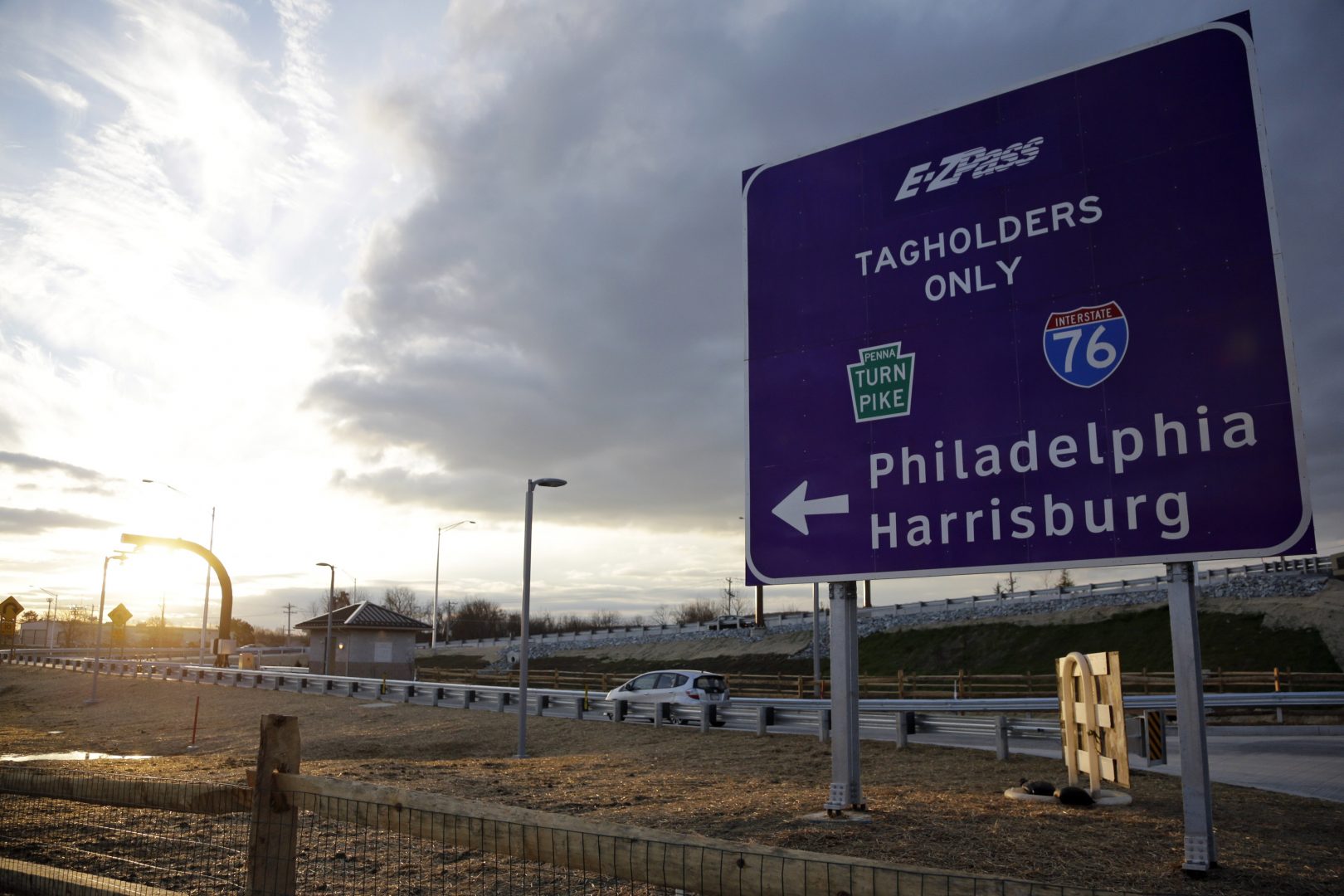 A measure to help the Pennsylvania Turnpike recover more unpaid tolls was signed into law Thursday, legislation that could trigger the suspension of thousands of vehicle registrations early next year.

Gov. Tom Wolf gave final approval to legislation aimed at getting owners or operators of some 25,000 vehicles to pay their overdue bills for turnpike travel.

After the law takes effect in two months, the process will start with the Turnpike Commission notifying registrants they are seeking to have their registrations suspended. At least a month later, the toll agency can ask the Transportation Department to start the process, and PennDOT said it will give the owners six weeks’ notice.

“The customer is given several notices and opportunities to pay the tolls they owe before their registration is suspended,” PennDOT spokeswoman Alexis Campbell said.

The legislation also reduces how much in collective unpaid tolls are needed to trigger registration suspension, from $500 to $250, and the number of unpaid tolls required to start the enforcement process goes down from six violations to four invoices. The turnpike can also go back five years after the violation in suspending registrations, a change from three years.

The Turnpike Commission’s pandemic-era conversion to all electronic tolling resulted in a jump in unpaid tolls, an amount that reached $104 million during the 2020-21 fiscal year, The Associated Press reported in September 2021. A year later the problem grew by nearly 50% to $155 million.

Turnpike chief executive Mark Compton said the ability to take action against toll scofflaws more quickly will “maximize chances of collecting from those who think it is OK to ride free. We are here to tell you, it isn’t.”

The Turnpike Commission is required to give an annual report about unpaid tolls to the Legislature. A report on the feasibility of alternative toll payment options is due in a year.